Celebrated in one of the most beautiful and suggestive churches in Rome: Santa Francesca Romana. Located in between the Roman Forum and the Temple of Venus. It was a pleasure to photograph both the interior and outside façade before the arrival of the bride and groom. Such beautiful and unique ornamental architecture.

The Roman Catholic wedding was wonderfully organized by Elegant weddings in Italy which I had the pleasure to meet in person before the start of the ceremony. When bride and groom arrived they were both radiant. The ritual was celebrated in both English and Chinese for the wonder of all the visitors which sat observing in the rear of the church.

There was a beautiful sunny day waiting for us outside and a car service to take us around the city for the wedding pictures. After some group portraits we headed to Giardino degli Aranci where we began the newlywed photo session.
We looked out for some nice shadows and geometries which the park can certainly offer with its beautiful views. After a nice walk through the orange trees we reached the marble balcony overlooking the city of Rome. Such an incredible view from there with Saint Peter’s cathedral straight out in the distance.
After taking portrait photos of the newlyweds with this beautiful background. I saw the opportunity to take some pictures of them isolated in the beautiful blue sky. Trying to shoot against the sun which is not always easy.

Our next destination was the Roman Pantheon which is also a stunning location to shoot, with very scenic massive columns outside the structure. We later took a small walk gathering more street pictures as we were headed to San Ivo alla Sapienza. A unique place to capture in photography. Shooting in between the columns and in the courtyard. But we couldn’t miss taking photos at the Roman Colosseum which was out last destination and where the session ended. Thank you and wishing you all the best! 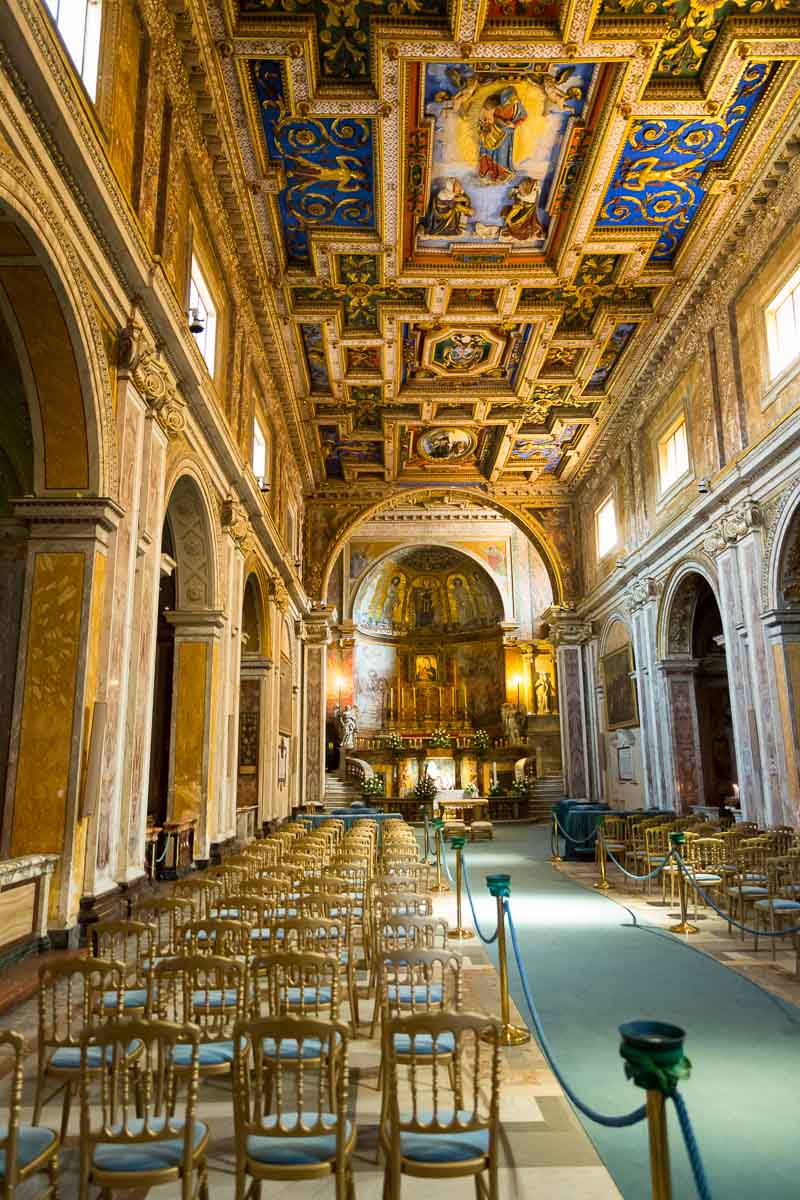 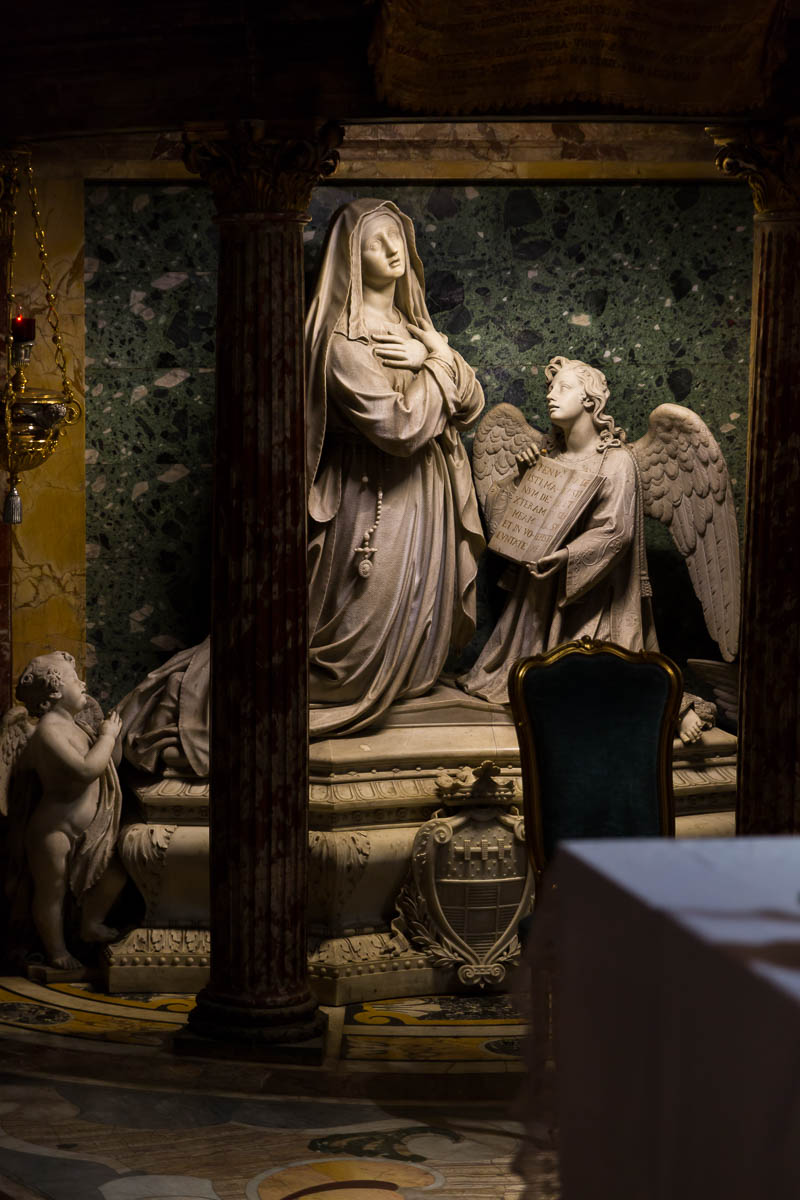 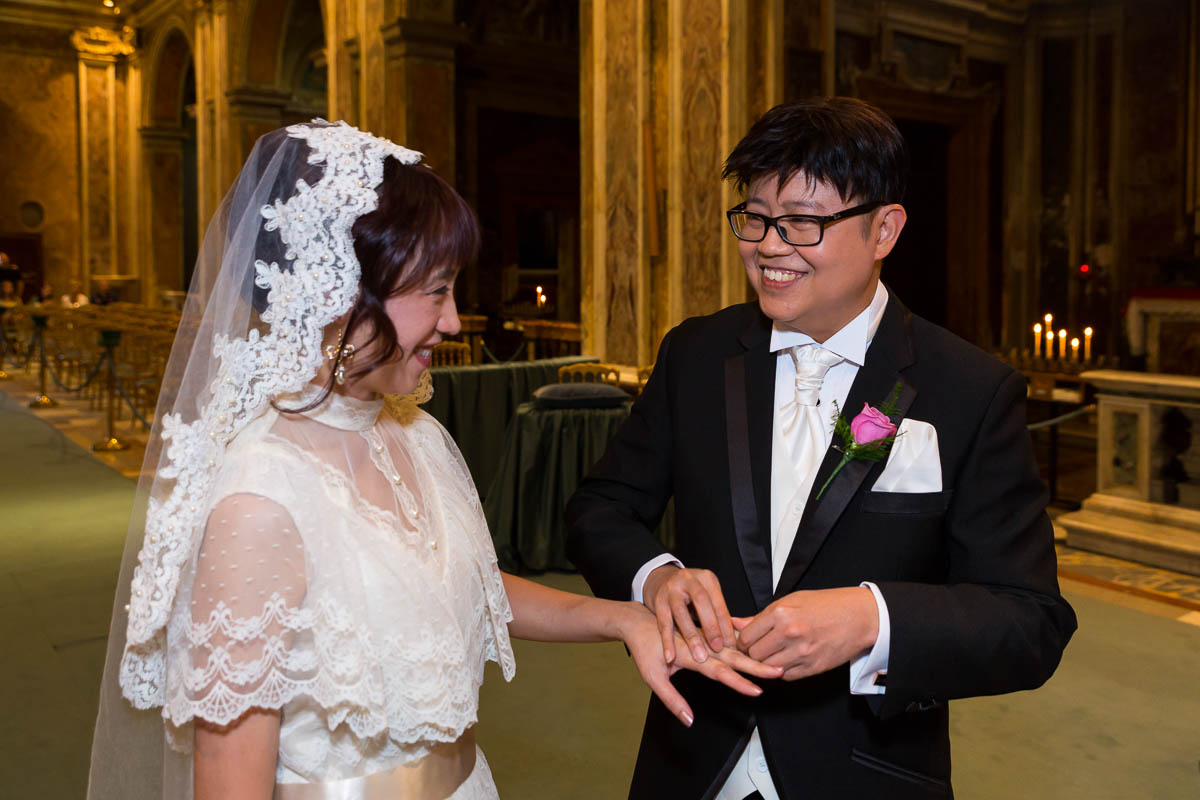 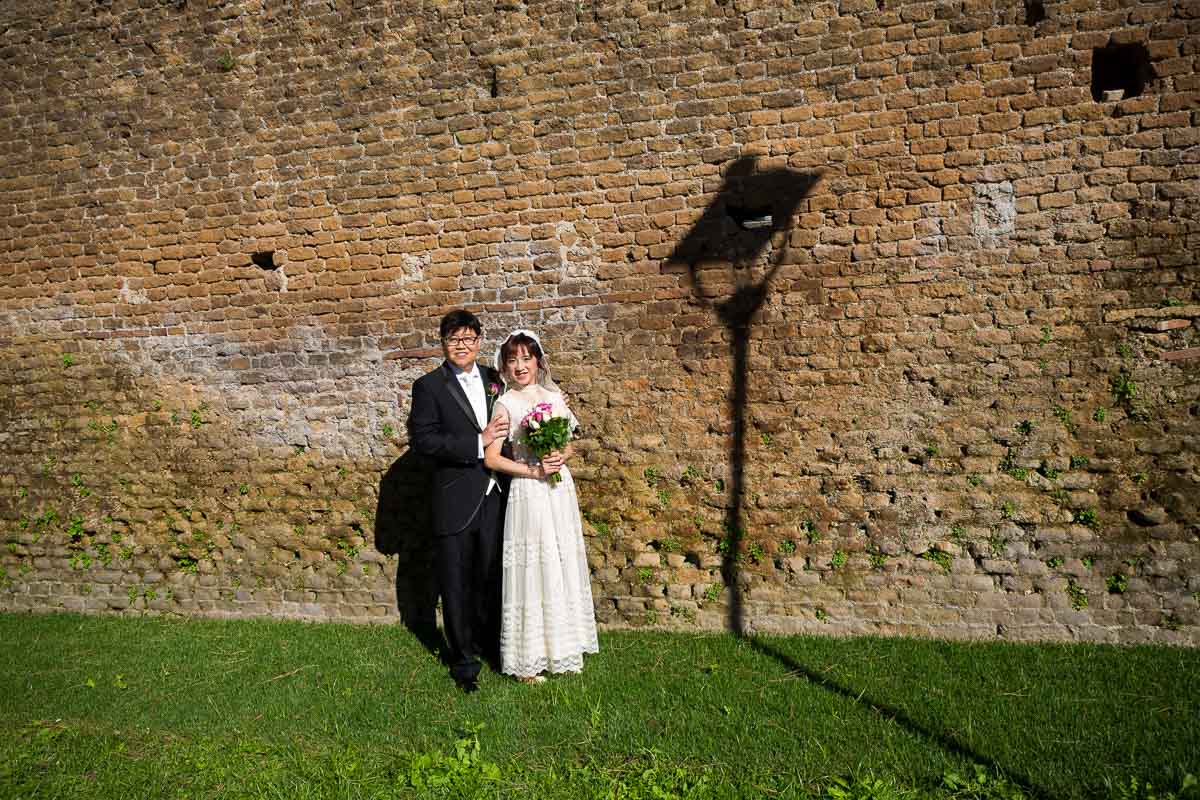 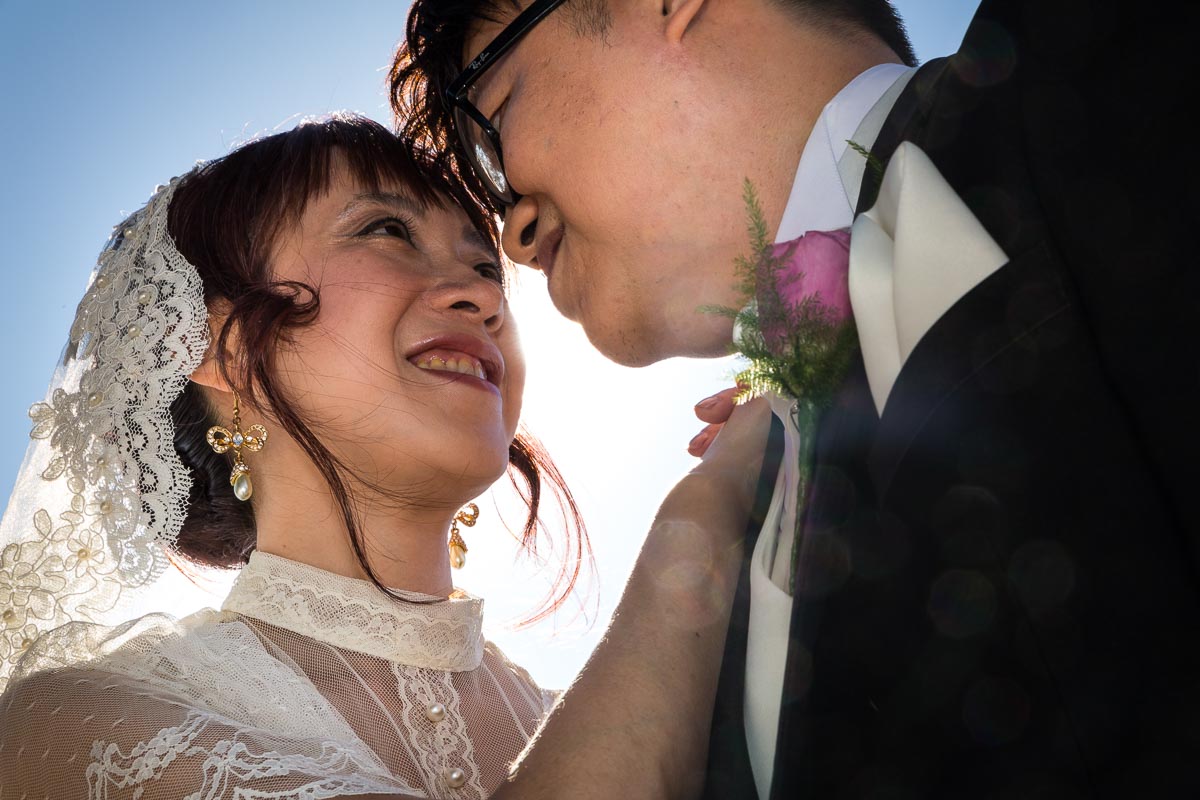 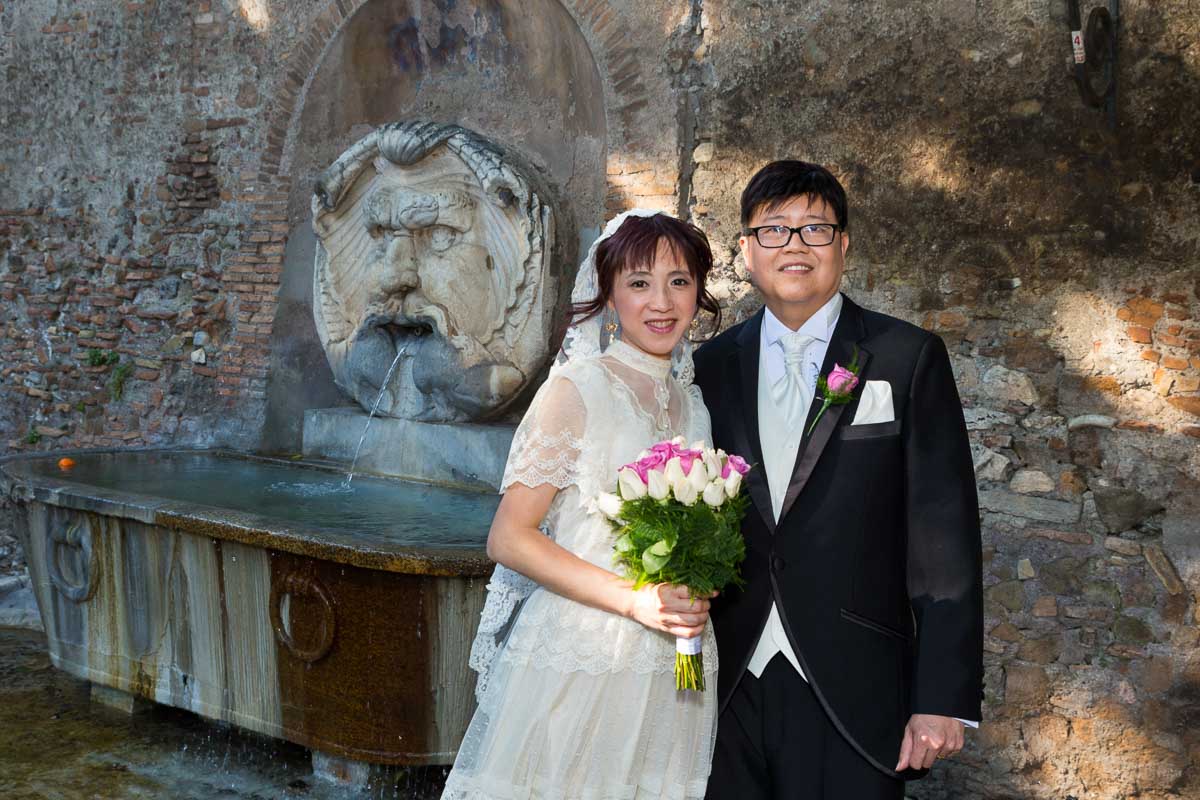 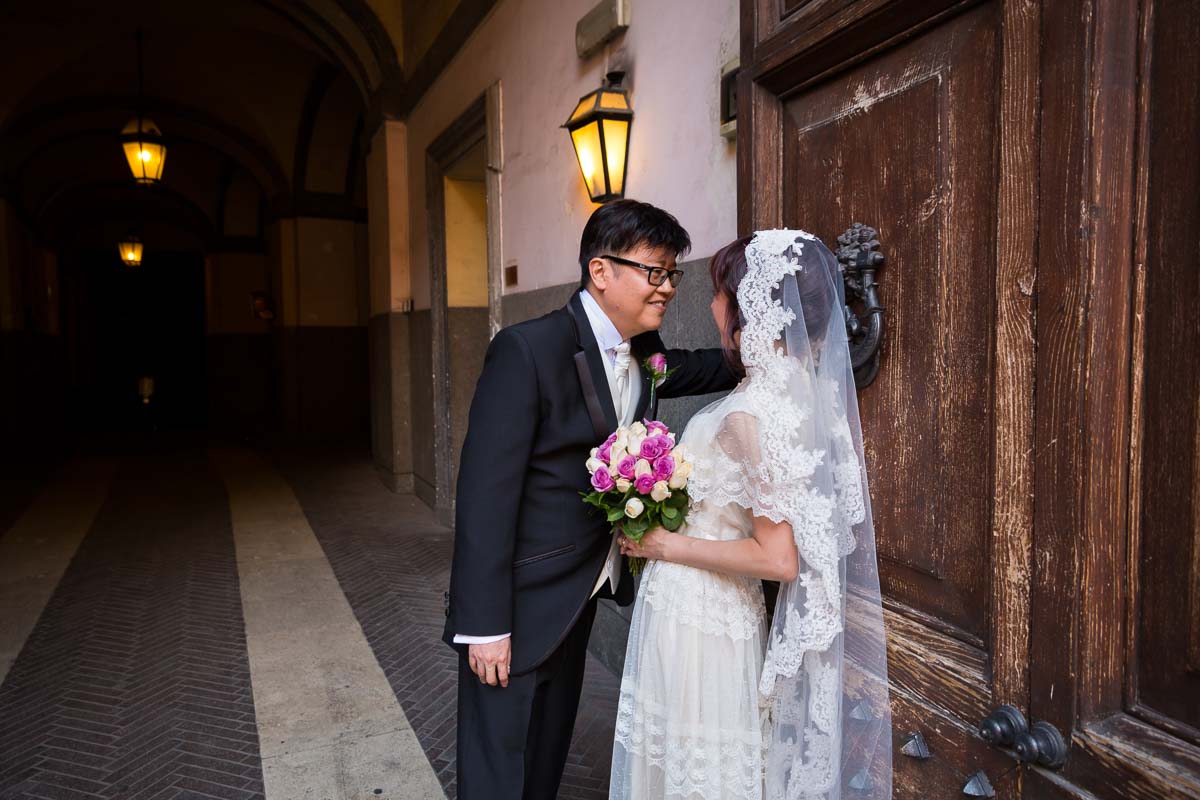 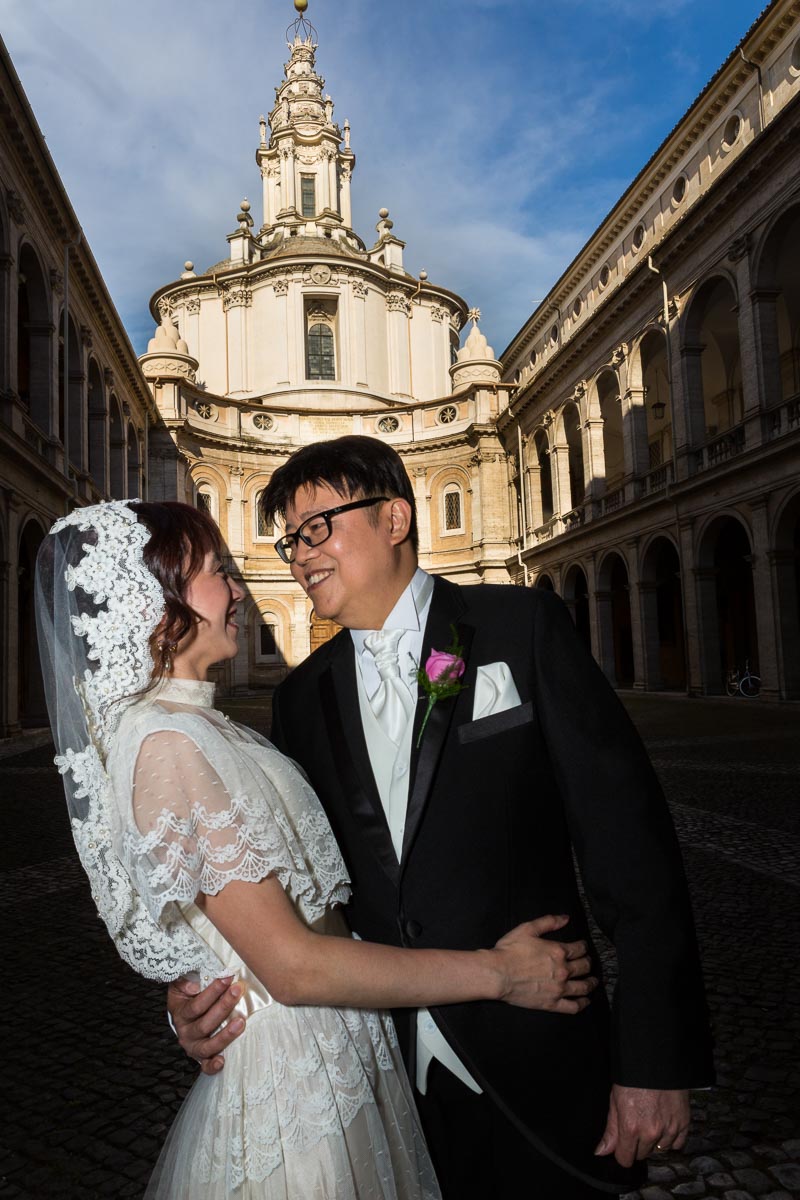 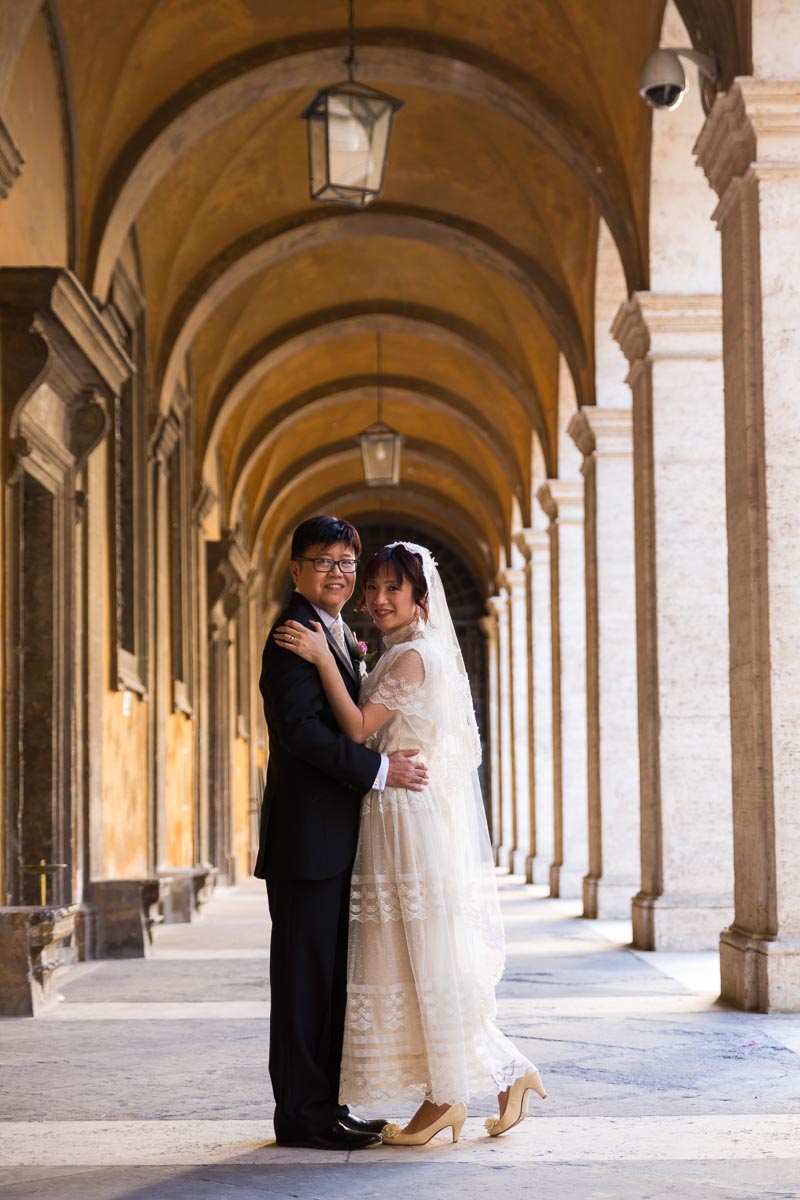 Article Name
Destination wedding in Rome
Description
A beautiful marriage celebrated in the Basilica of San Francesca Romana followed by a unique photo session around the city.
Author
Andrea Matone