We started from Hotel Nazionale in Piazza Montecitorio very early in the morning. The city had yet to fully wake up. So the streets and the piazzas were deserted. After beginning the e-session in the square we drove towards the Roman Pantheon stopping by some interesting spots along the way.

The Roman Pantheon stood as an impressive massive structure even more so with still so few people around. So we took the time to get different views of it as background to the engagement session.
Then we made our way to Piazza di Spanga and Trinita’ dei Monti. With a beautiful view over the roman skyline and Via Condotti in the far distance. Love the pictures of the Barcaccia water fountain which has just been recently restored and cleaned up.

Then we made our way to Parco del Pincio near the Villa Borghese park. Taking the time to photograph the different scenic views you have there. All the way up to the terrace panoramic view. Our last stop was the Colosseum which concluded our photo session in great roman style! 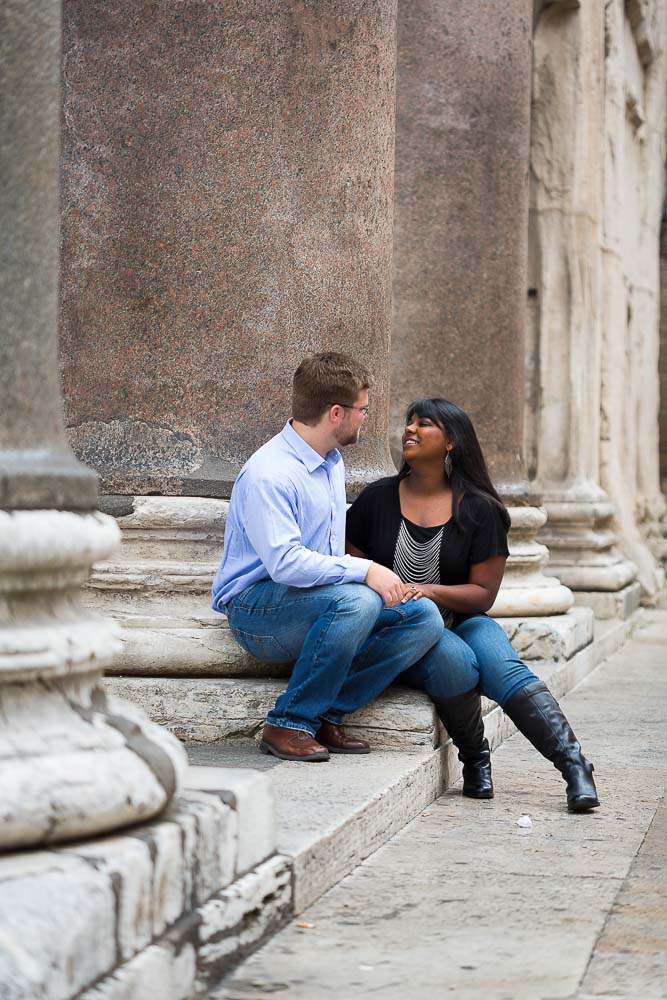 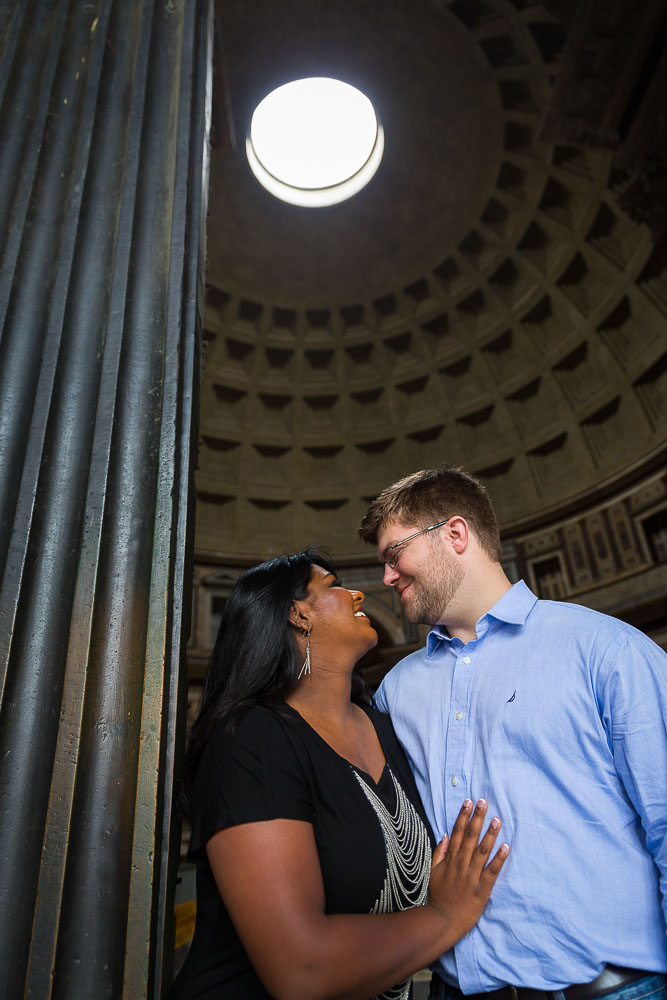 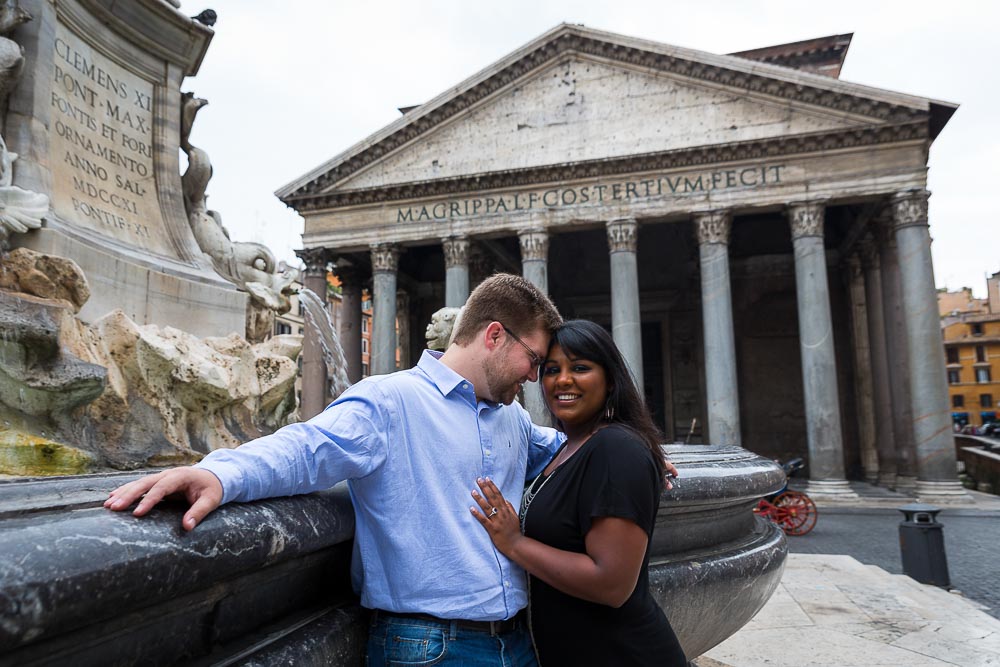 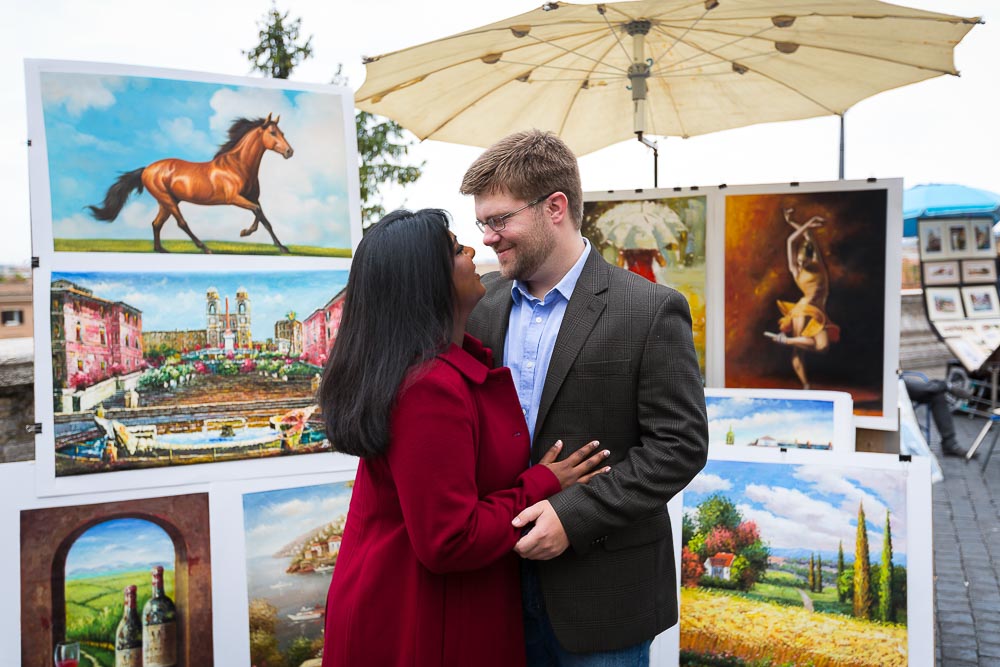 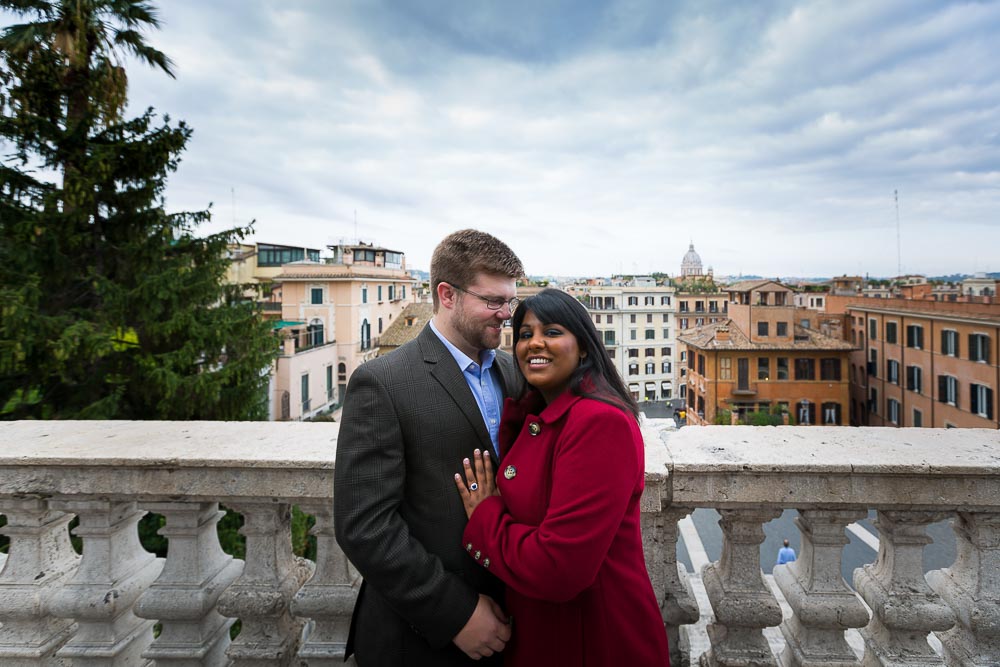 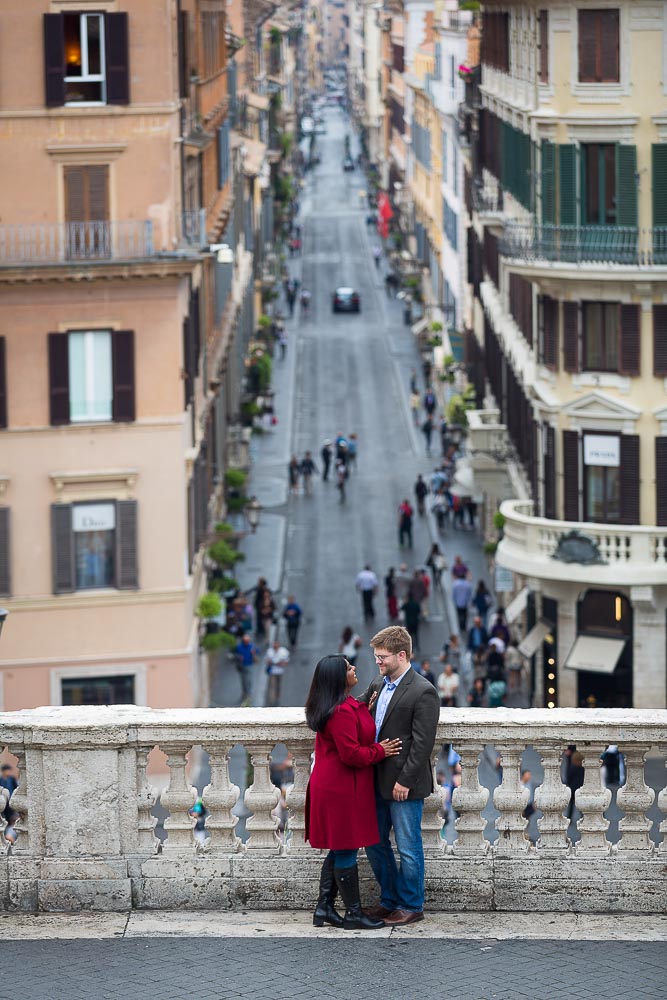 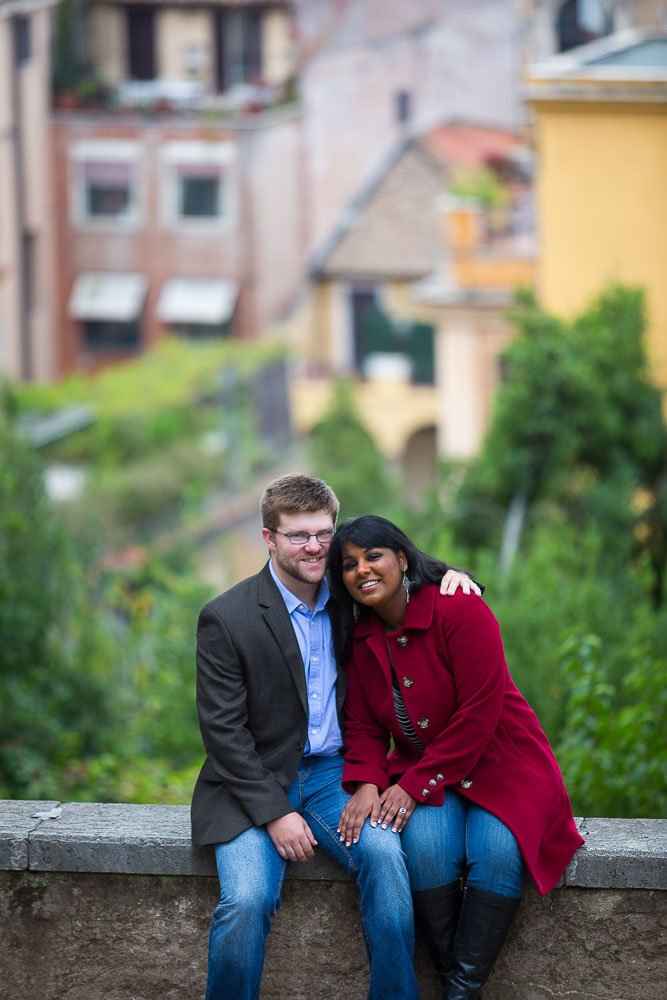 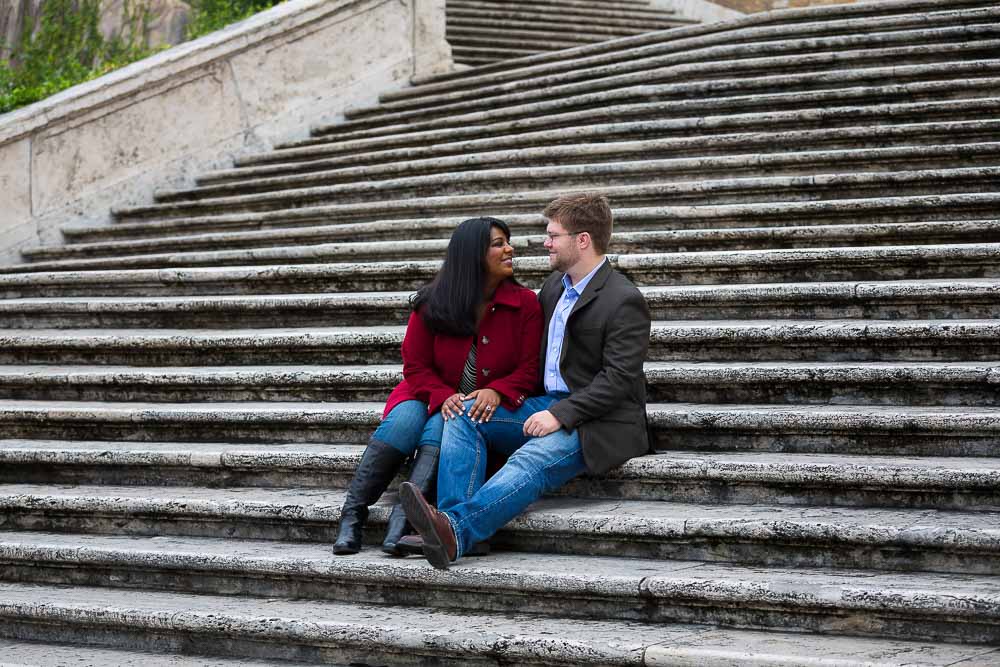 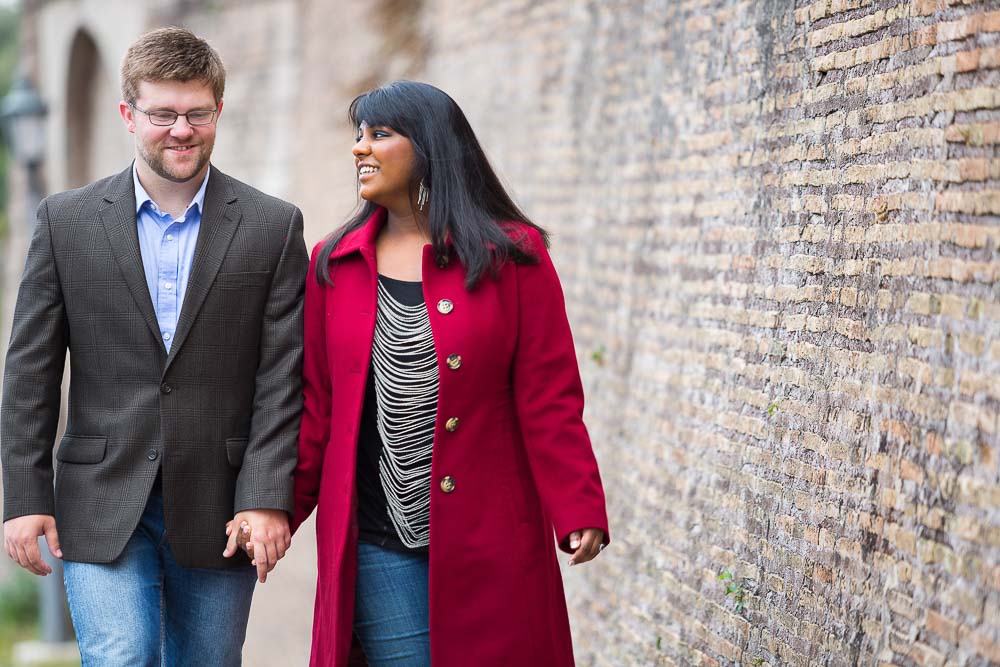 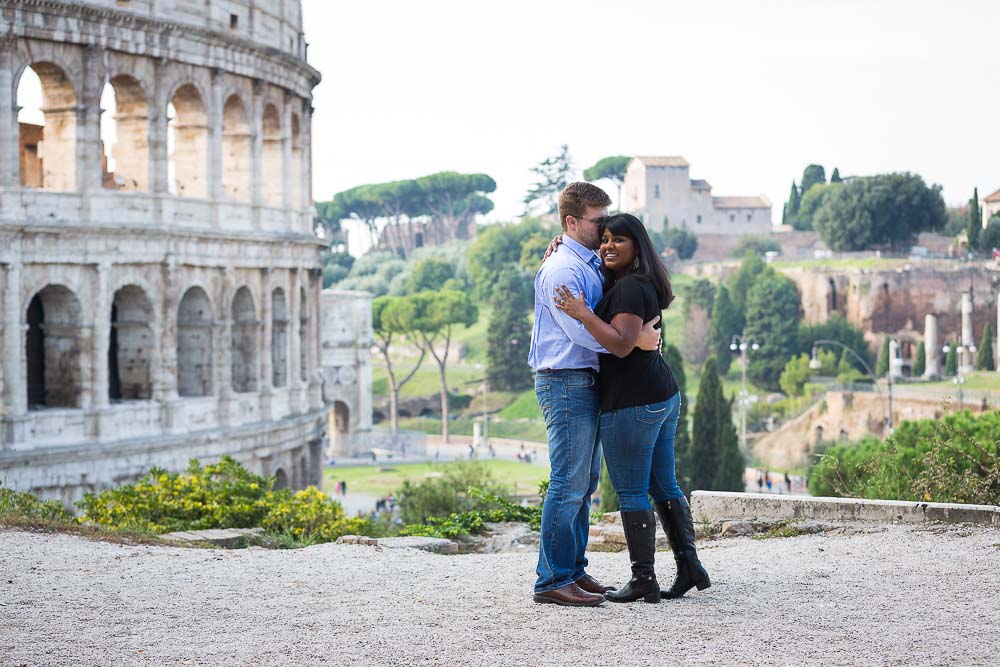 Hey why not extend the photo shoot to an evening session? An so we did meeting back at the Colosseum in the early evening of a following day. Love the blue hour colors illuminated by romantic street lights! 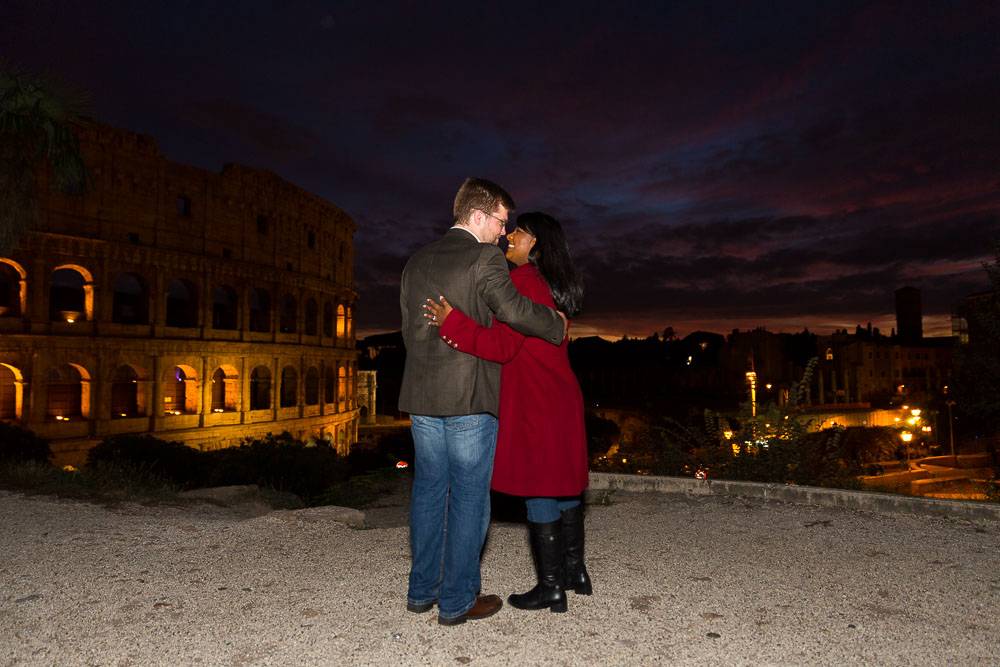 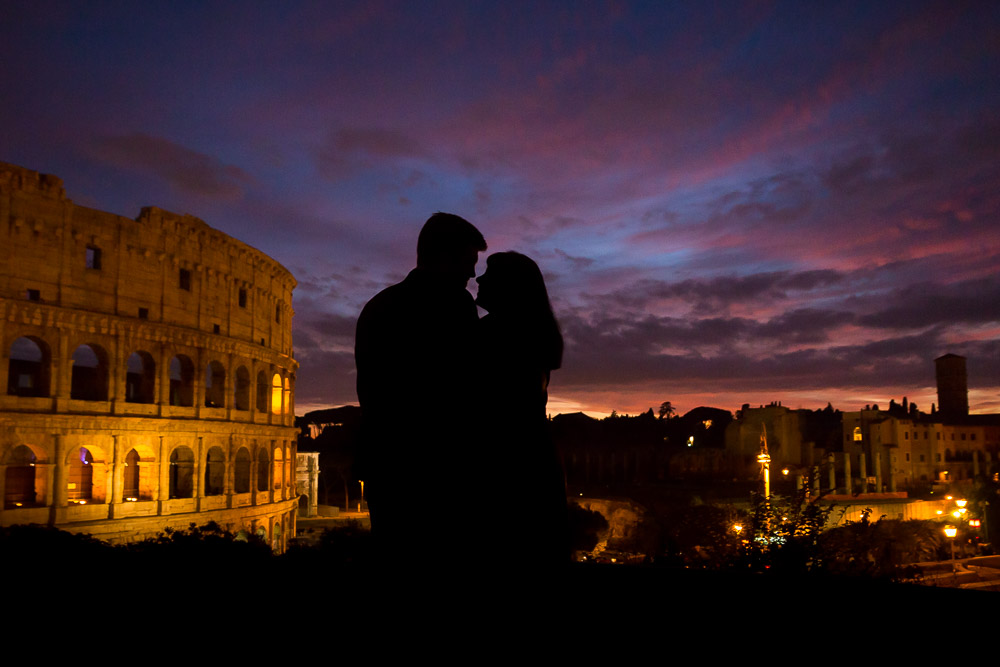 More engagements on the photography Blog.
Here are some selected photo shoots: