A fabulous photo shoot in Rome Italy which began at the Colosseum and continued on with the ancient roman setting of the Forum. Viewed from the Capitoline hill from above. Then on foot into Piazza del Campidoglio where we stopped in different spots to capture some more romance on the stairs and in between columns and overlooking balconies. Then a final car ride to the last destination. Parco del Pincio where the sun had set and the blue hour just started to set in. And where we also took out the umbrella.. just in case! 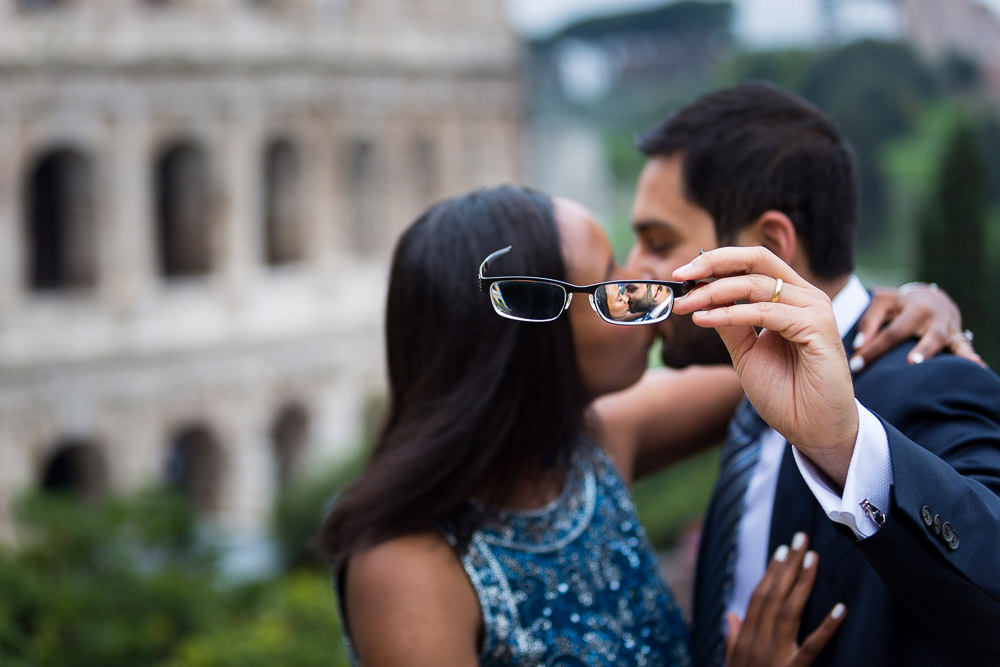 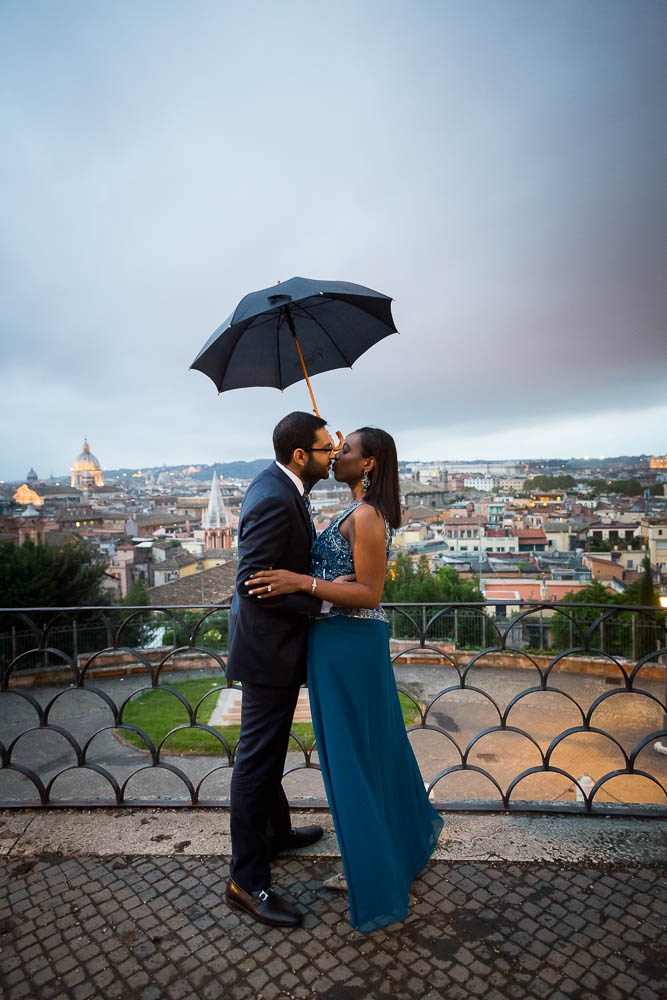 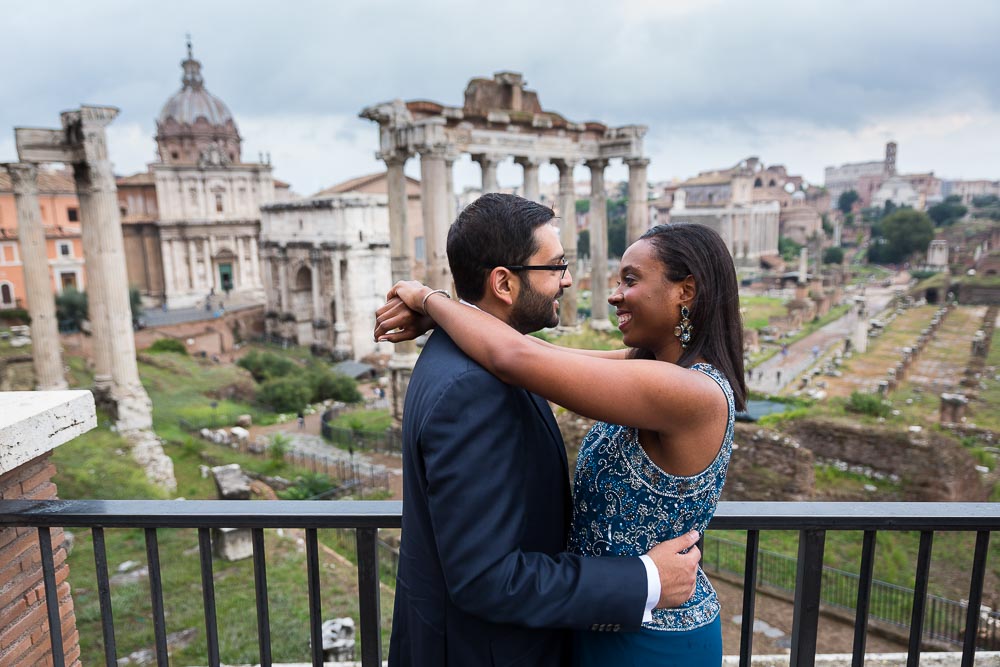 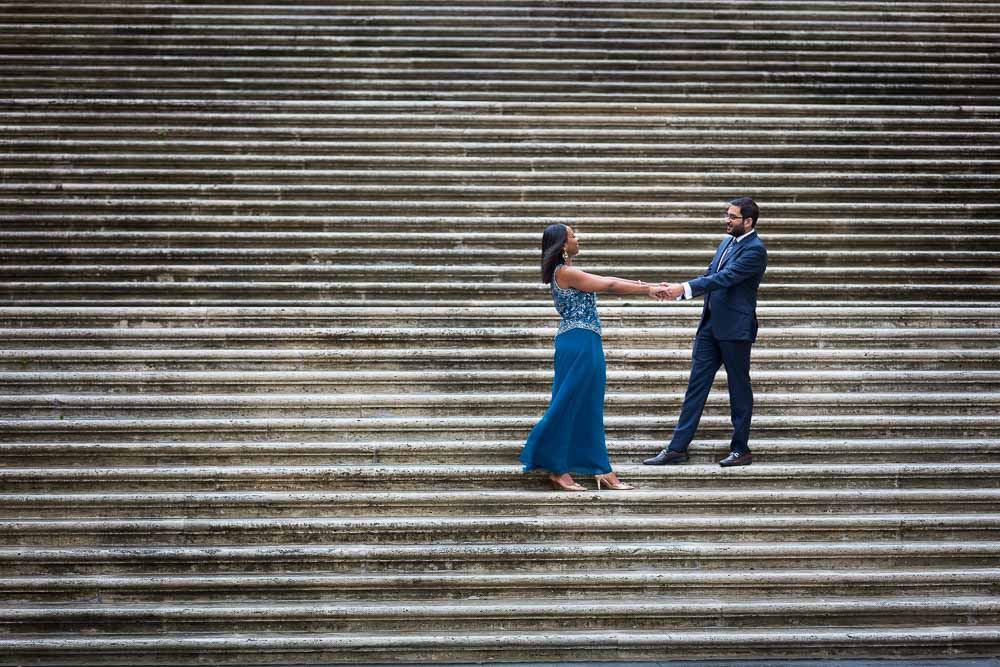