It’s easy to capture some great photography when you have such a photogenic couple together romantically in love in Rome. We had a clear idea of the places that we wanted to photograph and photograph and began the wedding photography session at the Roman Colosseum. Where some spectacular light was waiting for us. We used a car service to move around locations and we headed first to Piazza del  Campidoglio. Where we took snapshots by the roman forum ruins and on the magnificent staircase. Our next destination was Saint Peter’s square in the Vatican where we took some interesting pics under the columns, by the water fountains and in front of the Basilica. We concluded the photo session at the Spanish steps getting some nice architectural images as well as some lifestyle photos with some of the bystanders sitting down on the steps. Lastly we shot one last photo under a chic poster! 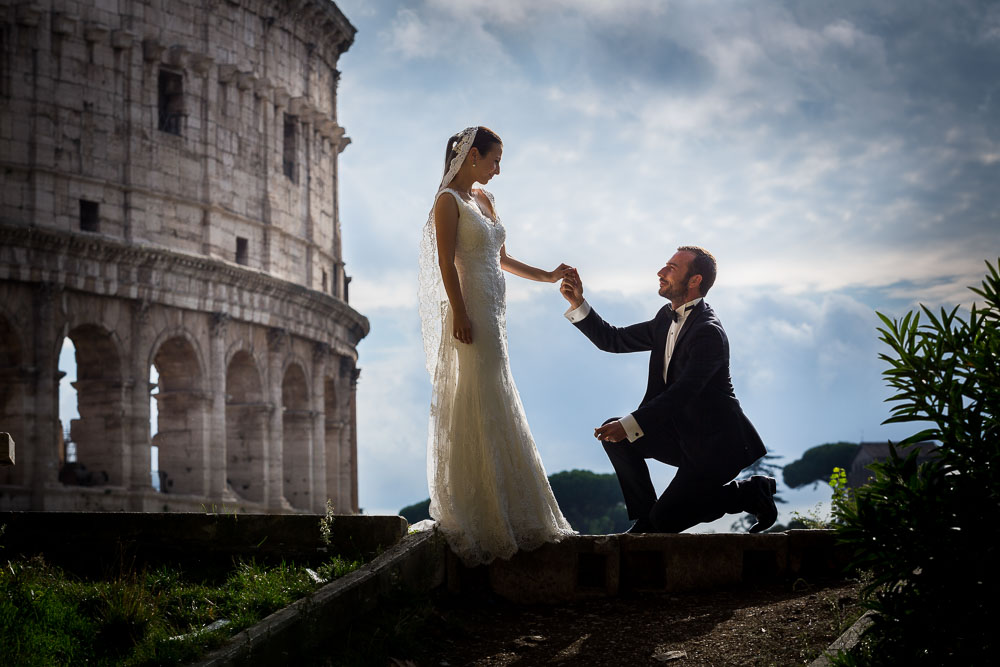 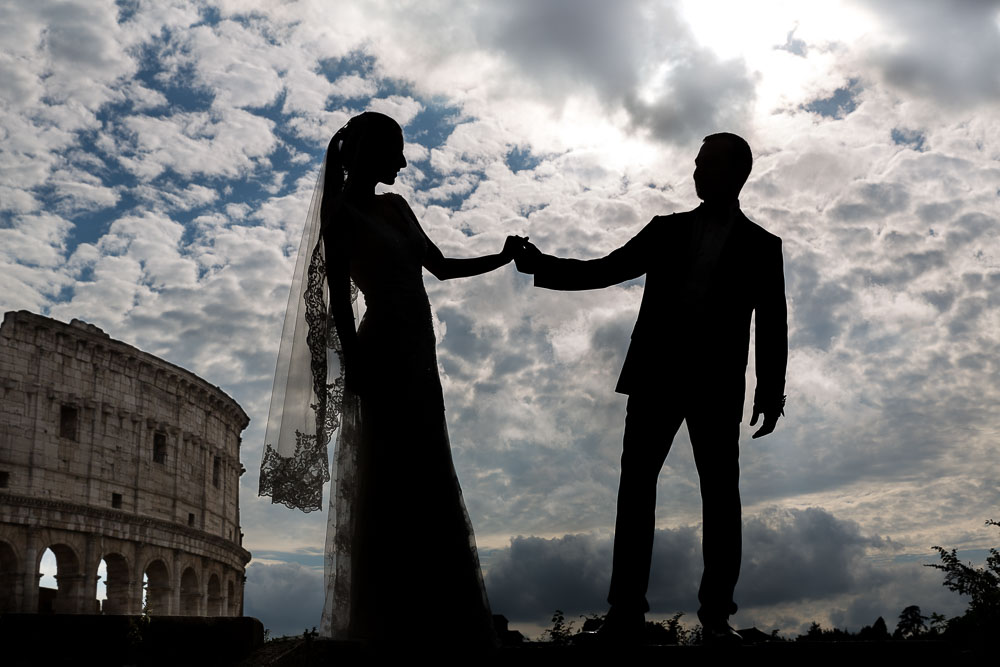 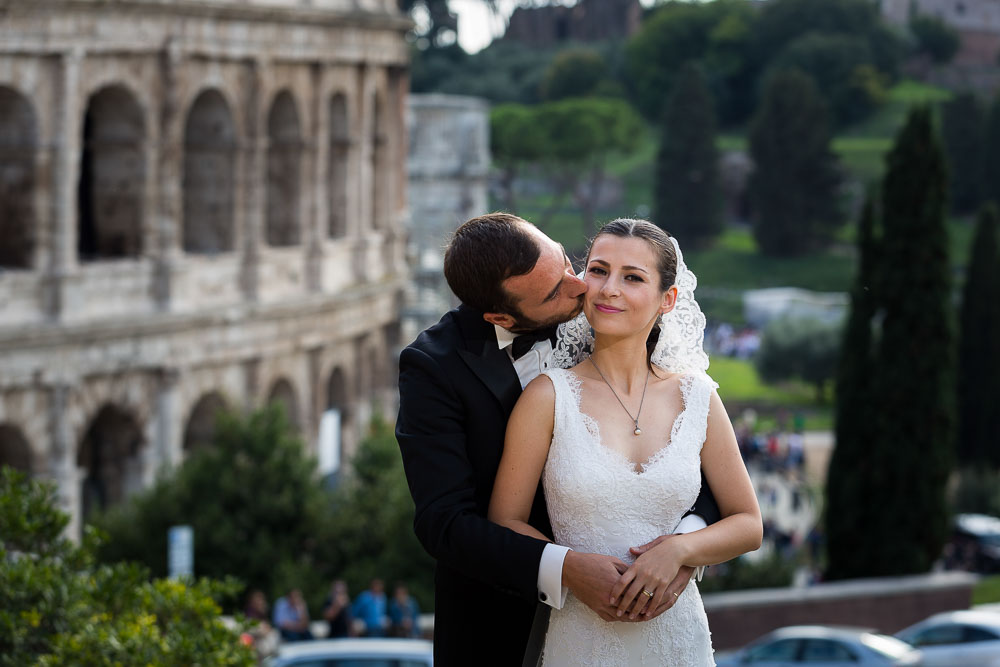 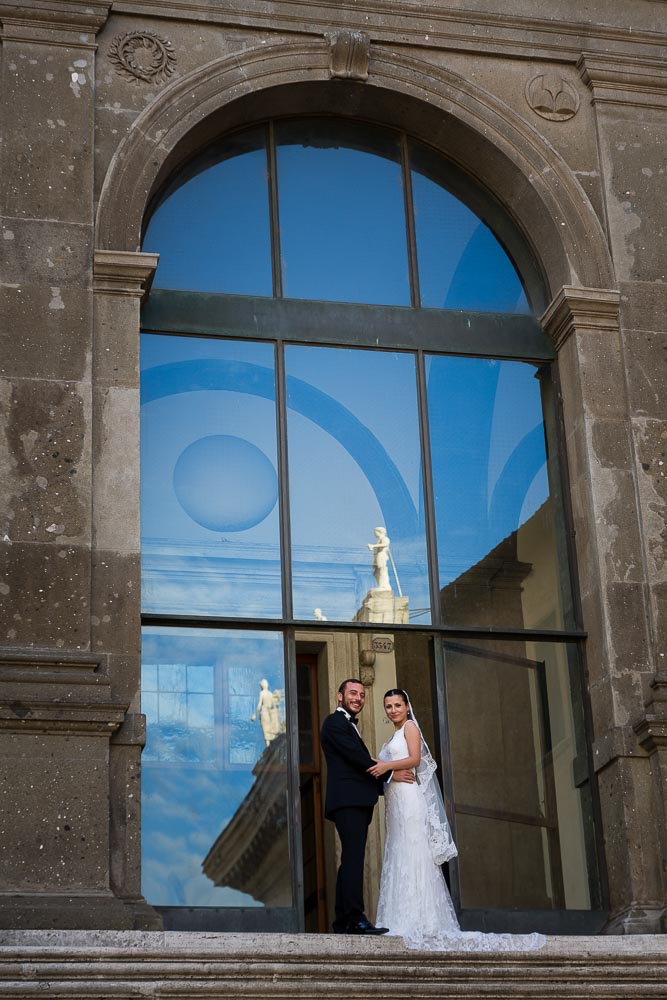 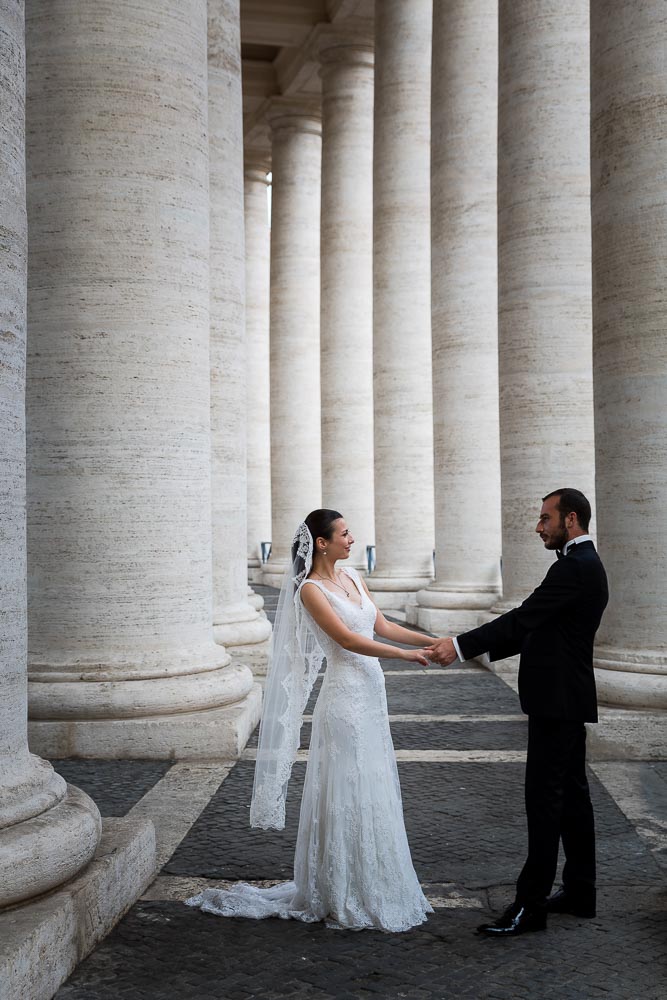 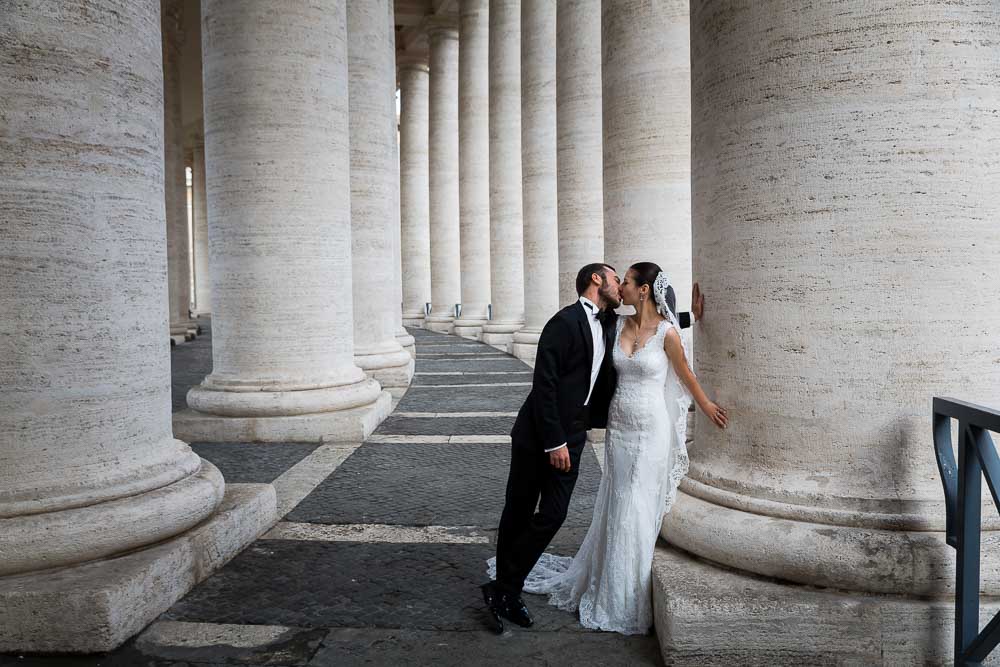 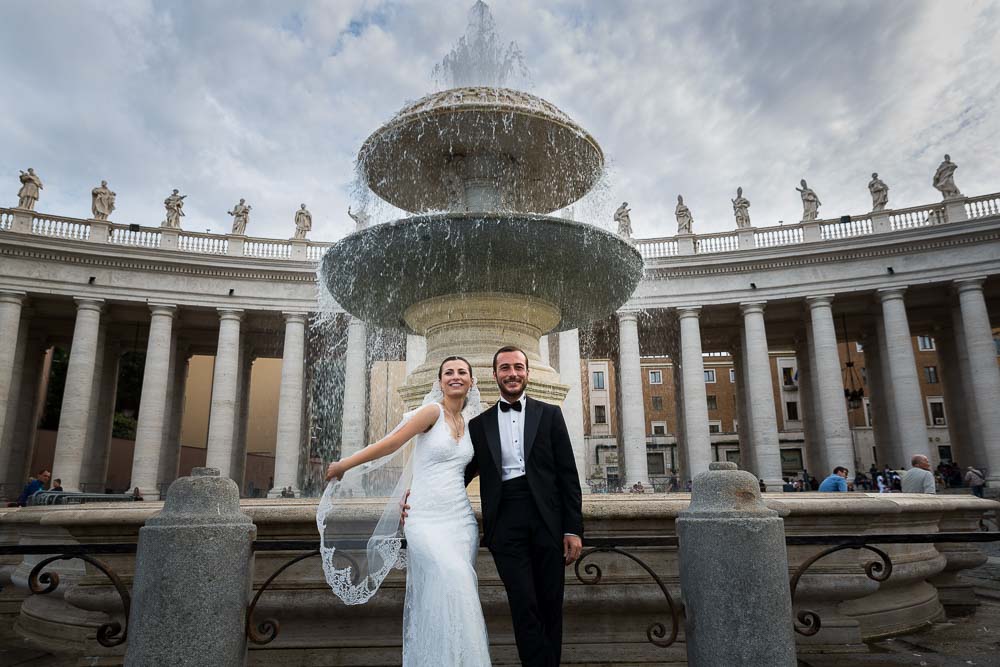 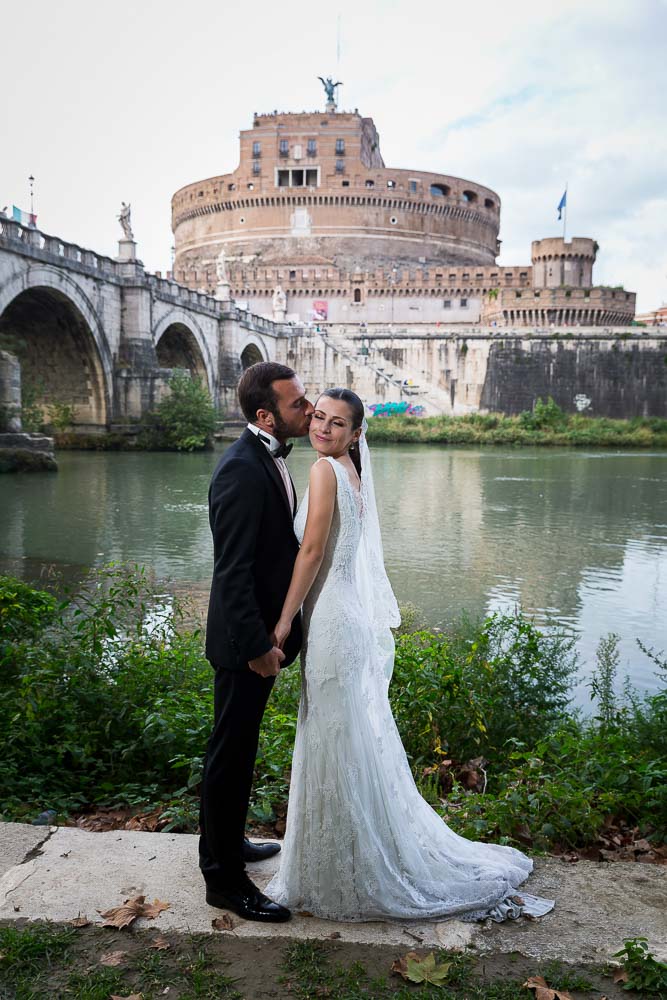 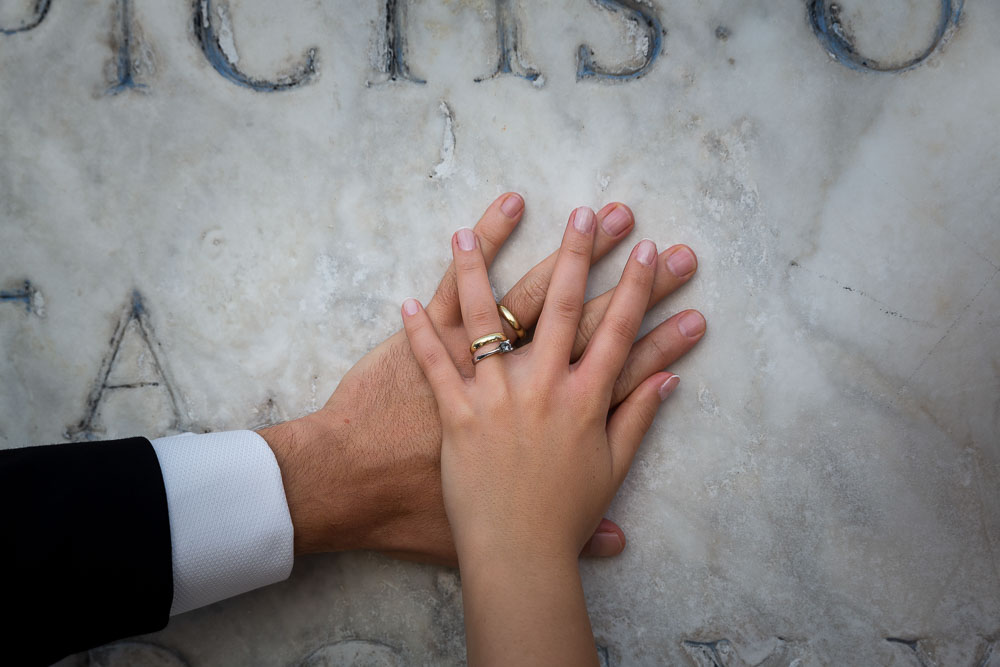 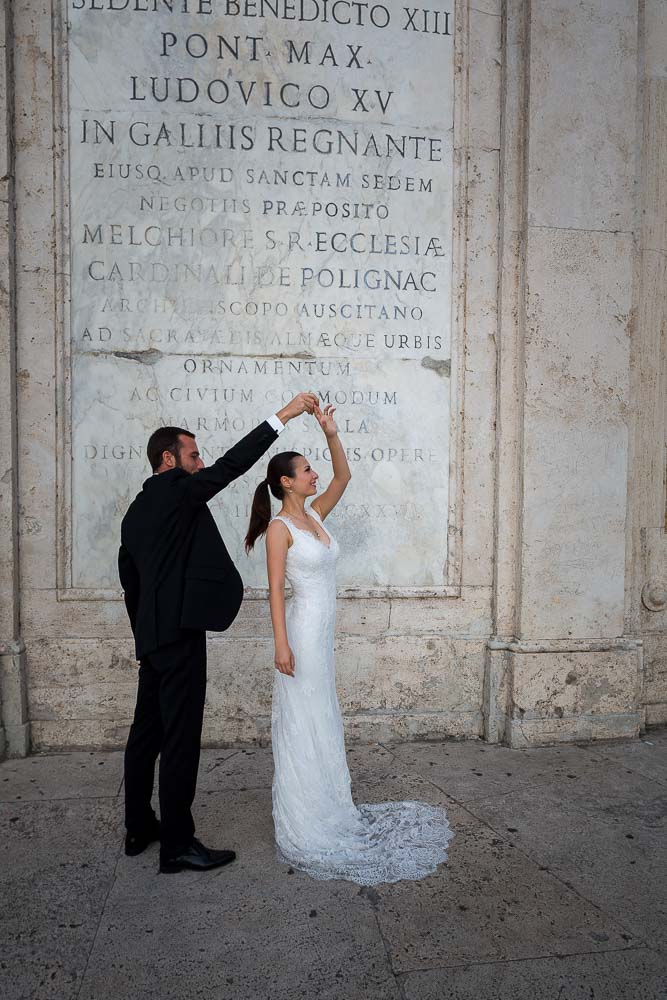 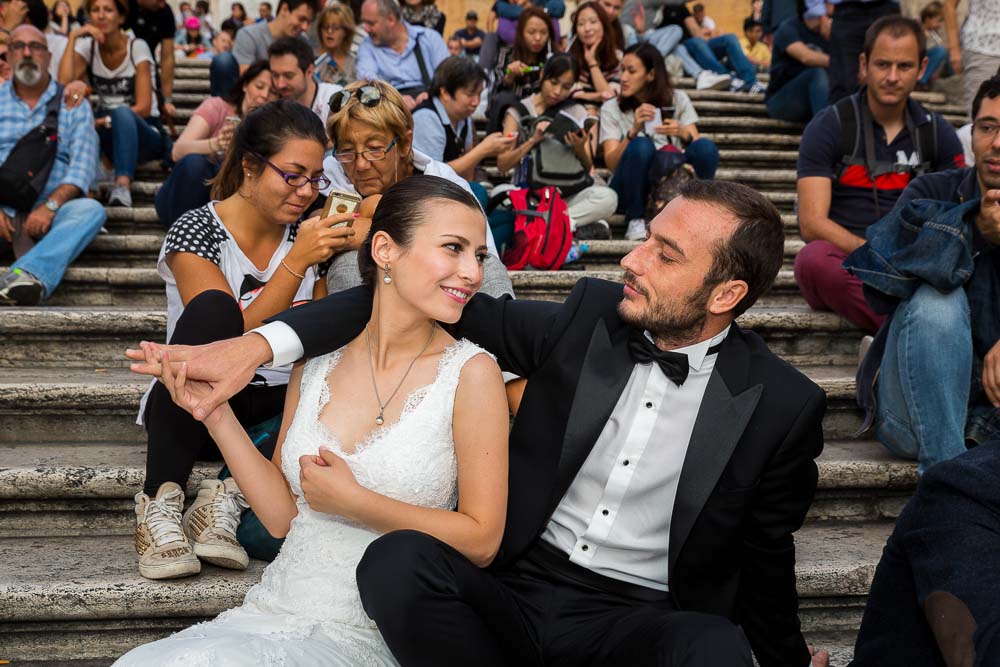 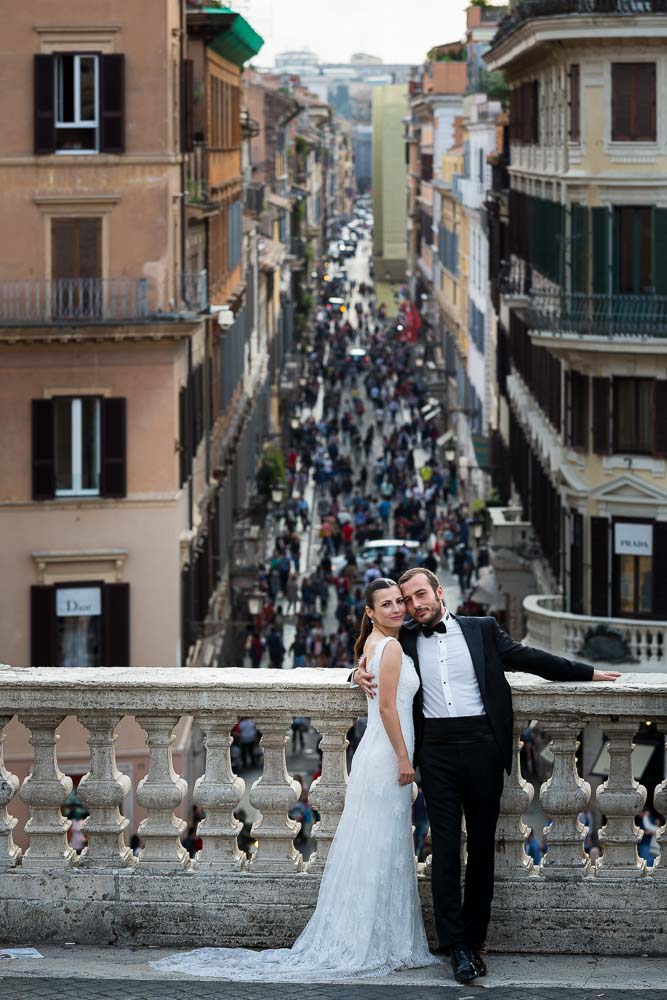 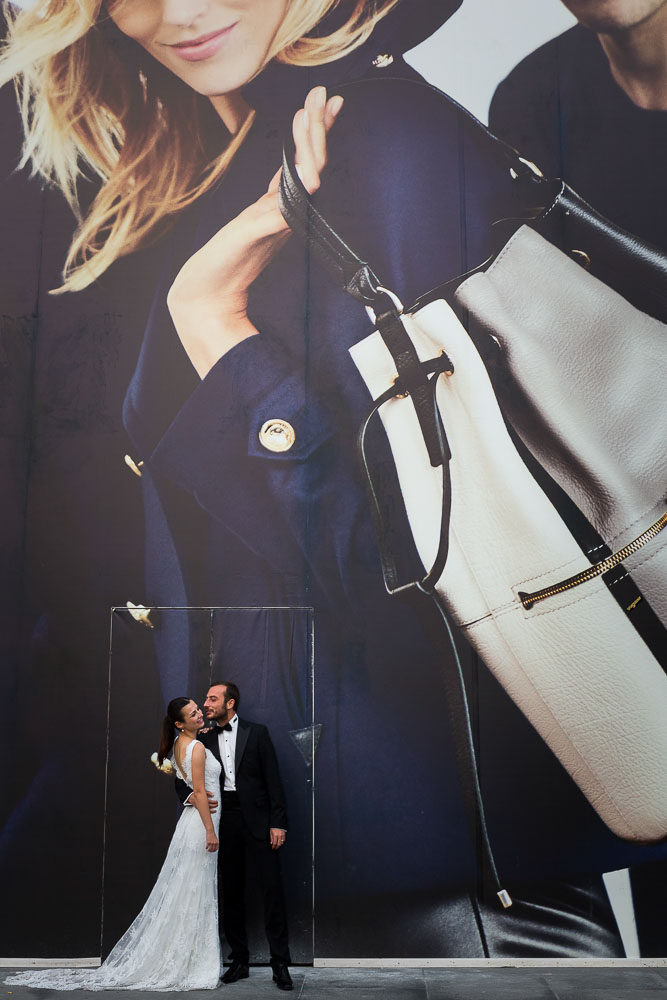