Such a pleasant and fun engagement photo session this was driving around the city of Rome capturing some romantic and playful pictures in some of the most scenic roman locations. Using a Mini Van for the transfers but also as a changing room!  Reaching Castel Sant’Angelo first where we took some snapshots on the bridge with the castle in the background.  The after taking some pictures of the engagement ring; we moved down below to the Tiber river bank. Where we continued the engagement shoot with a different perspective.

Then we took a nice walk around Saint Peter’s square. Very simple images but in a spectacular location! A drive up to the Jianiculum hill was a must stop location. As it is a really close and an awesome location for picture taking. With a very scenic water fountain to use as background for a great classical Italian architecture feeling. And the spectacular view over the city of Rome from afar. Before heading out we took some more images of the engagement ring here. Submerged in the water!

Then it was time to reach the Roman Forum with the exclusive view over the ancient roman remains. And onward to the Roman Colosseum to complete our tour of ancient Rome.  The photo shoot ended in Piazza del Popolo with a quick Trevi fountain drive by! 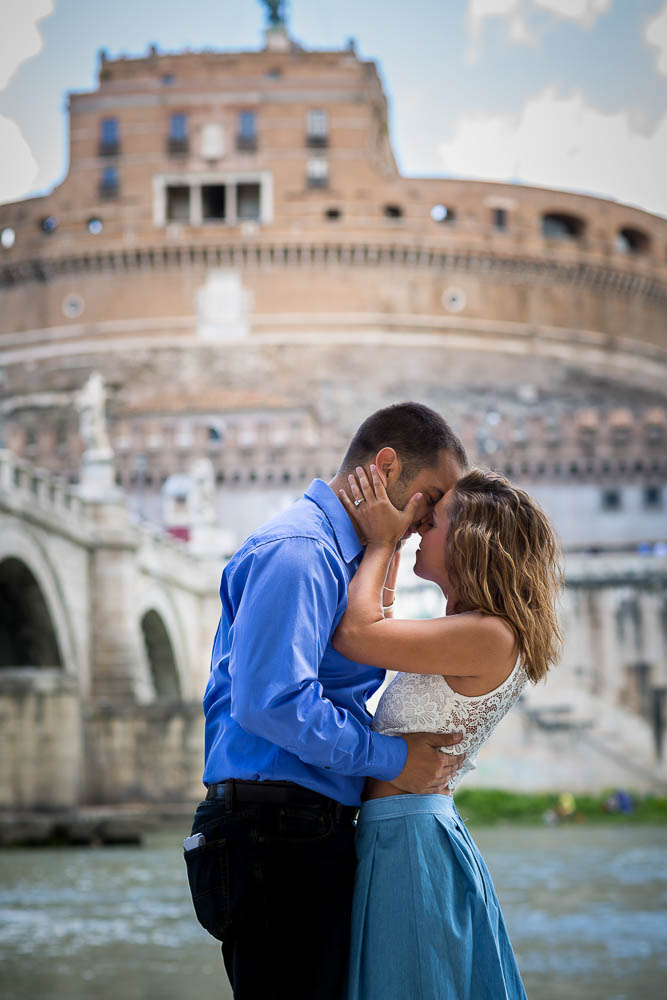 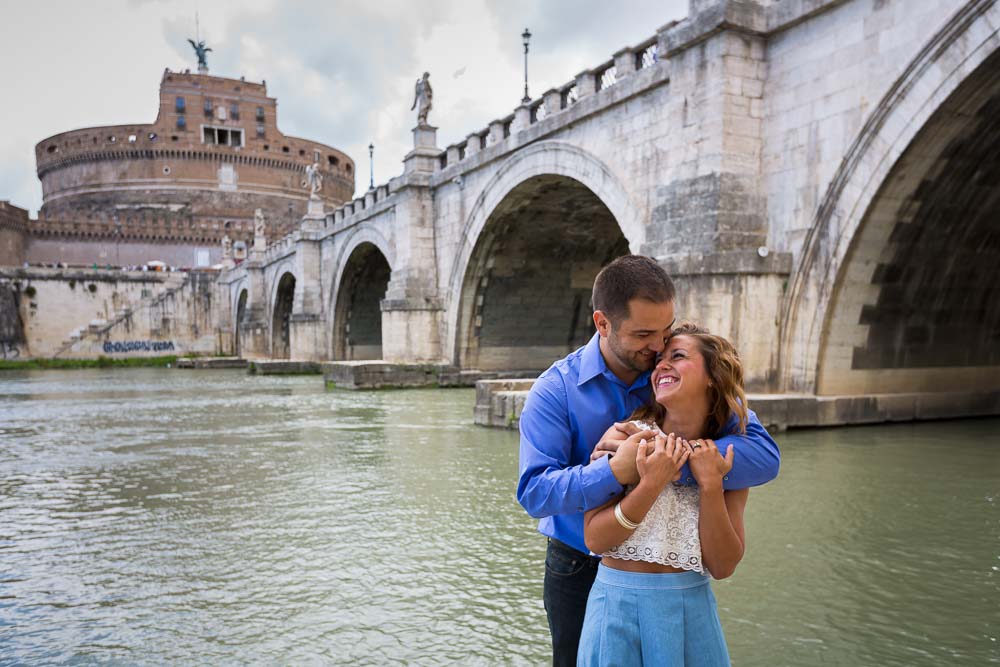 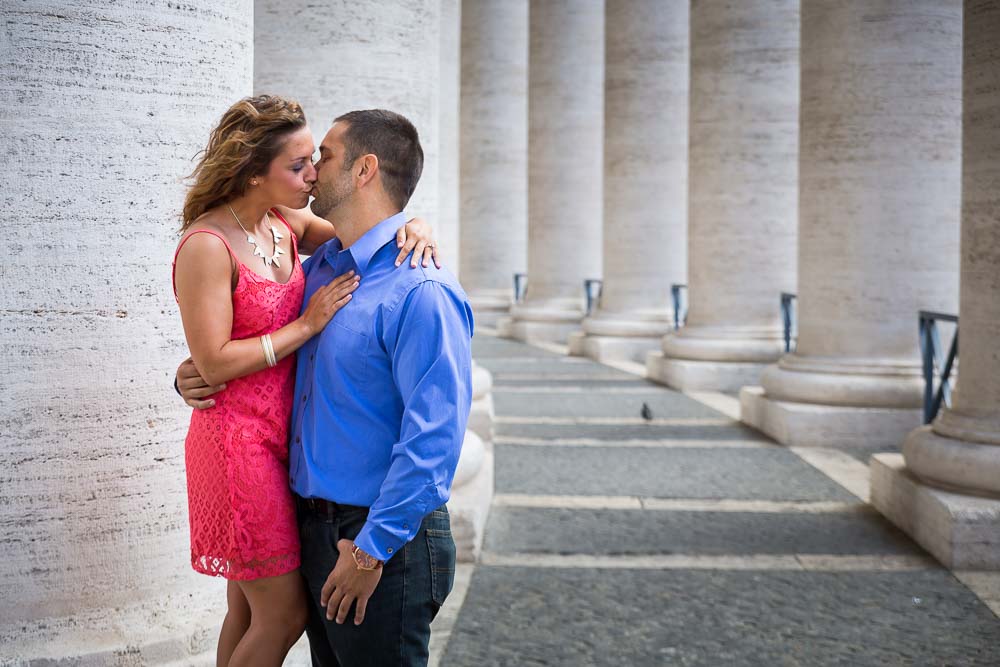 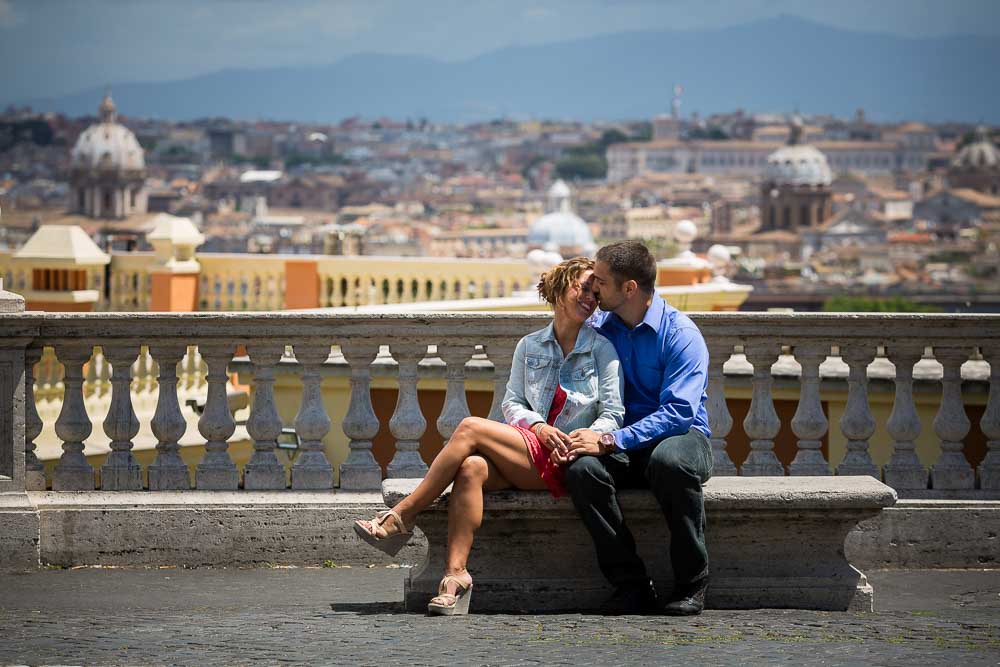 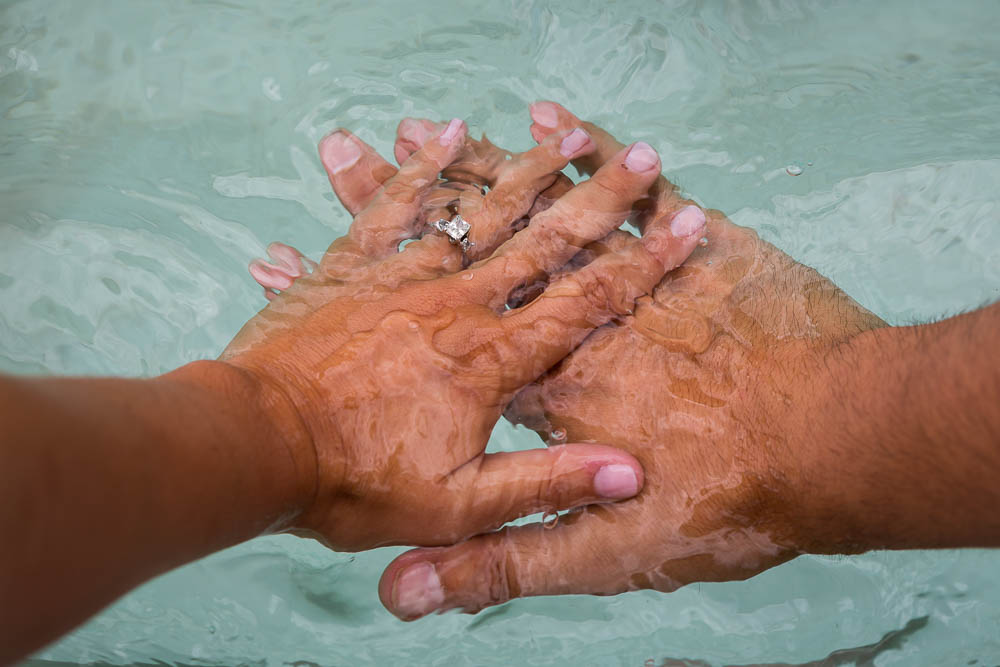 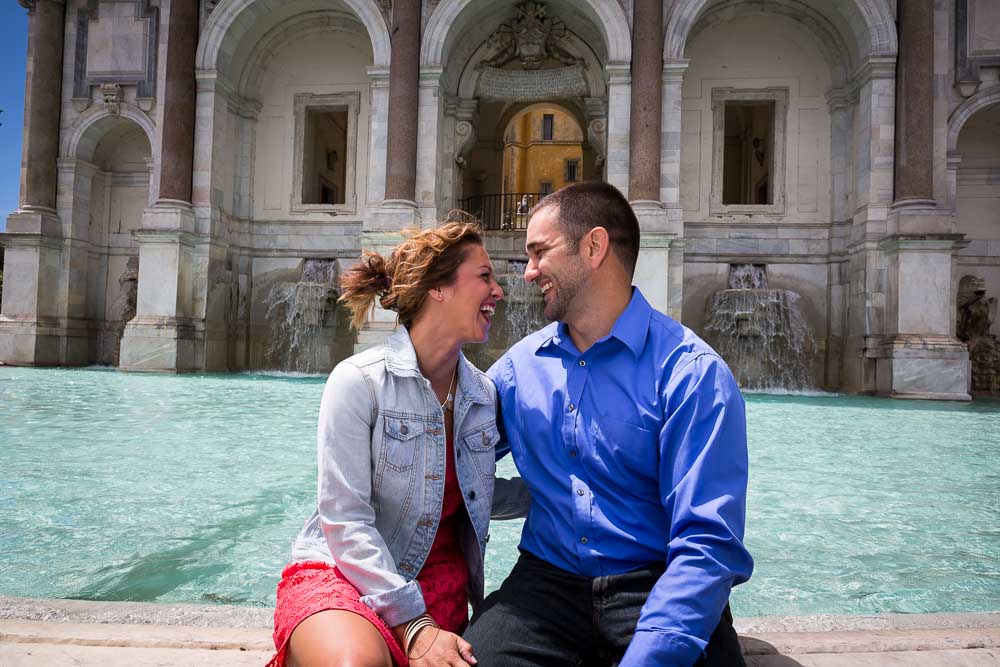 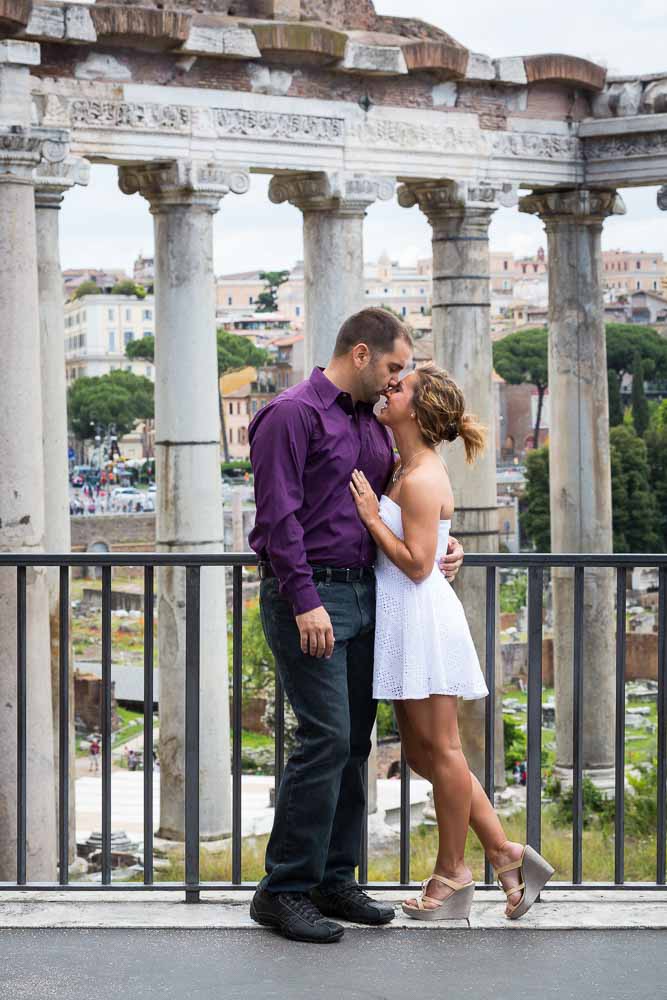 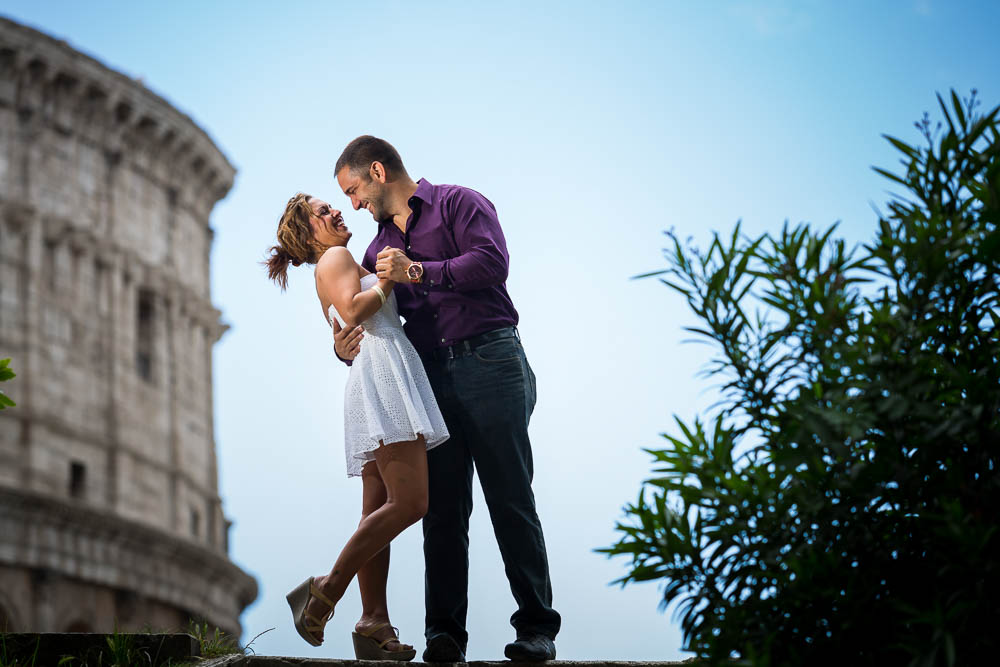 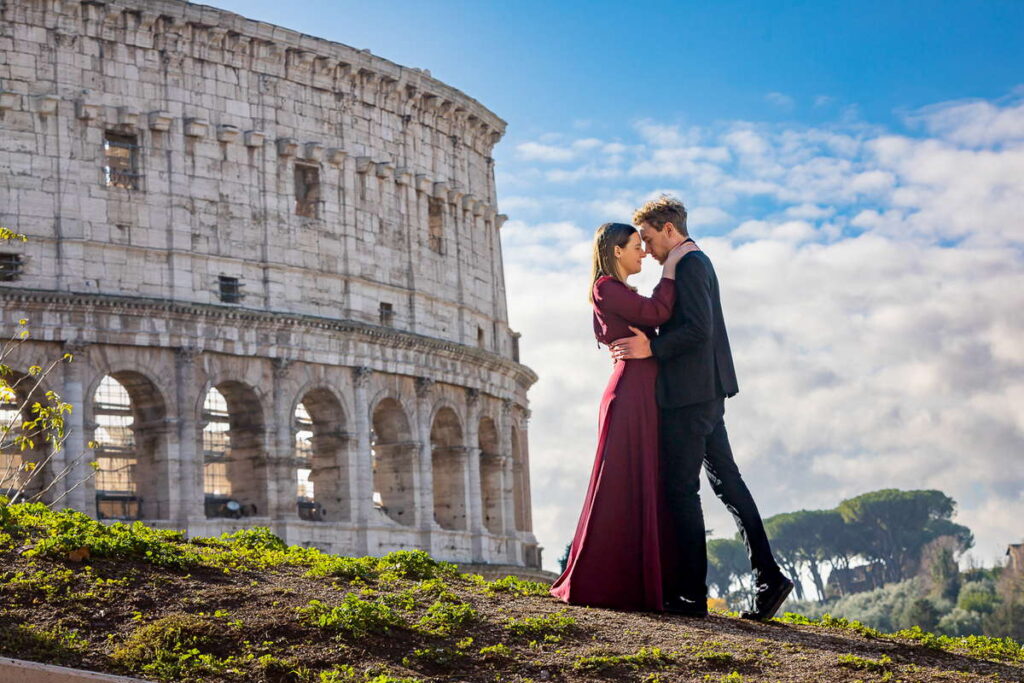 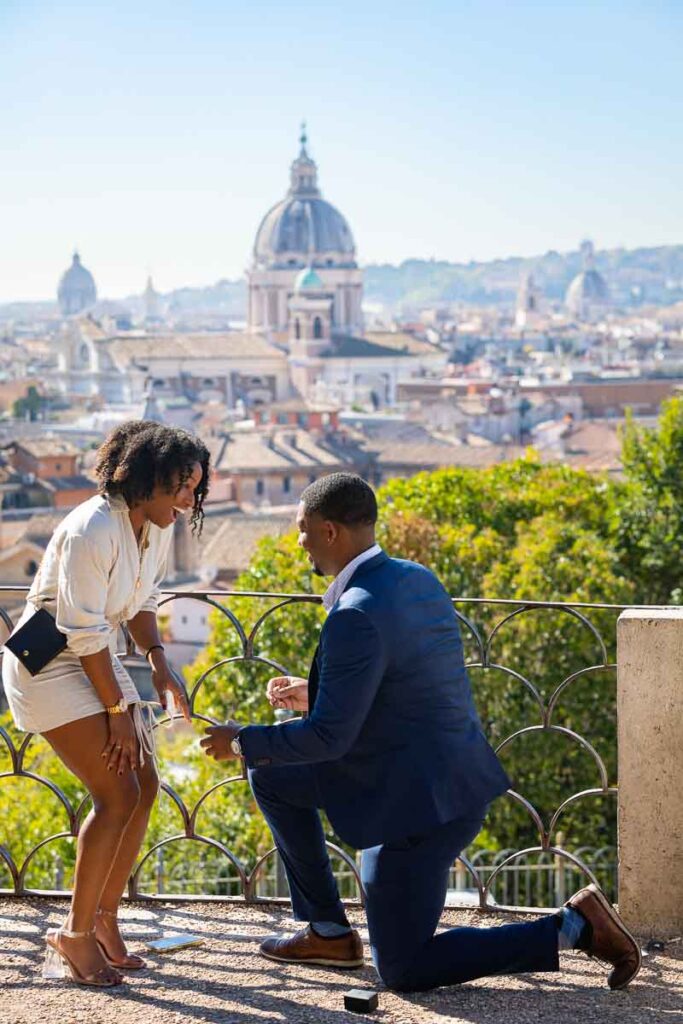 Article Name
Engaged in Rome!
Description
A fun and creative e-session around the city. Hitting some of the most scenic and panoramic locations using a MiniVan for transfers and as changing room!
Author
AM
Publisher
Image studio
Publisher Logo