A Fairytale Wedding Proposal in Amalfi

What an amazing surprise wedding proposal in Amalfi! Starting off as a normal couple photo shoot on the Amalfi coast. And heading down by the pier to shoot some pictures with the view of the town in the background. Then taking a walk by the seaside to capture some pictures by the mesmerizing blue sea water! Making our way onto the beach to shoot some nice walking couple photography. Lastly, ending the photoshoot by the Amalfi cathedral snapping some really nice pictures of being together. First on the staircase and later under the beautiful church porticos.

But the photo shoot didn’t end there! The photographer quickly made his way up to a nearby hotel restaurant to set up for the proposal. Sitting by a side table in order not to be seen. Then as soon as they finally arrived. And with the help from the restaurant staff, they found a romantic corner table waiting for them. Covered with red rose petals. A once in a lifetime location for a once in a lifetime moment. Captured both on video and photos! 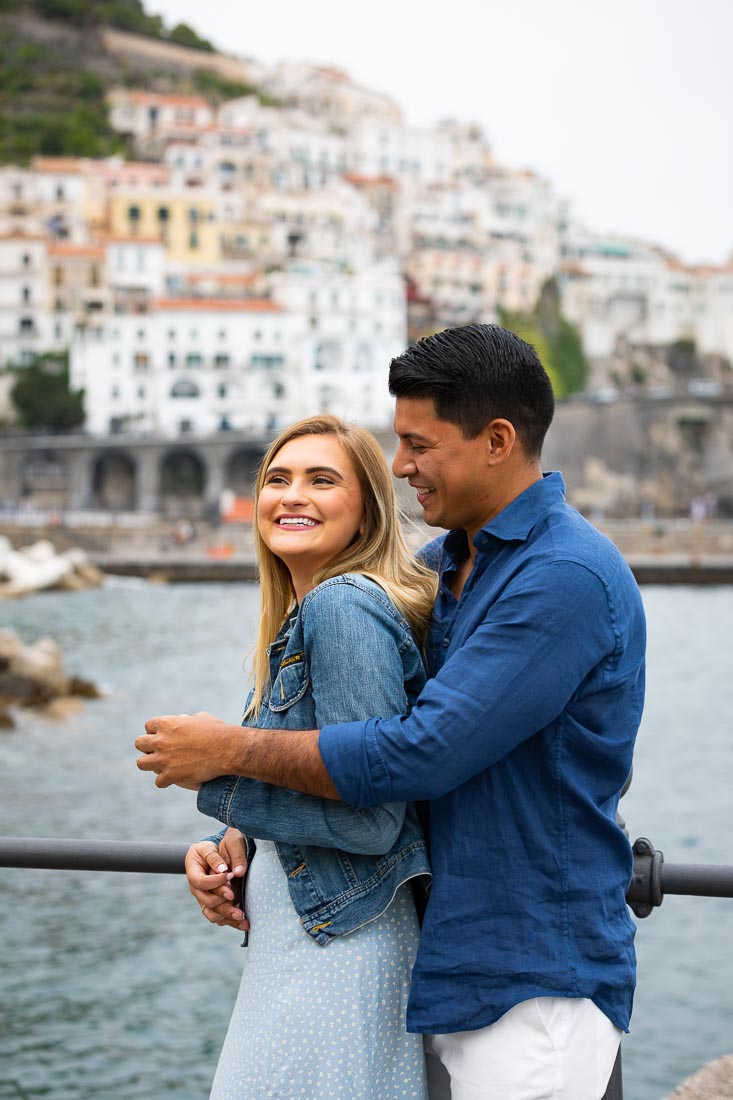 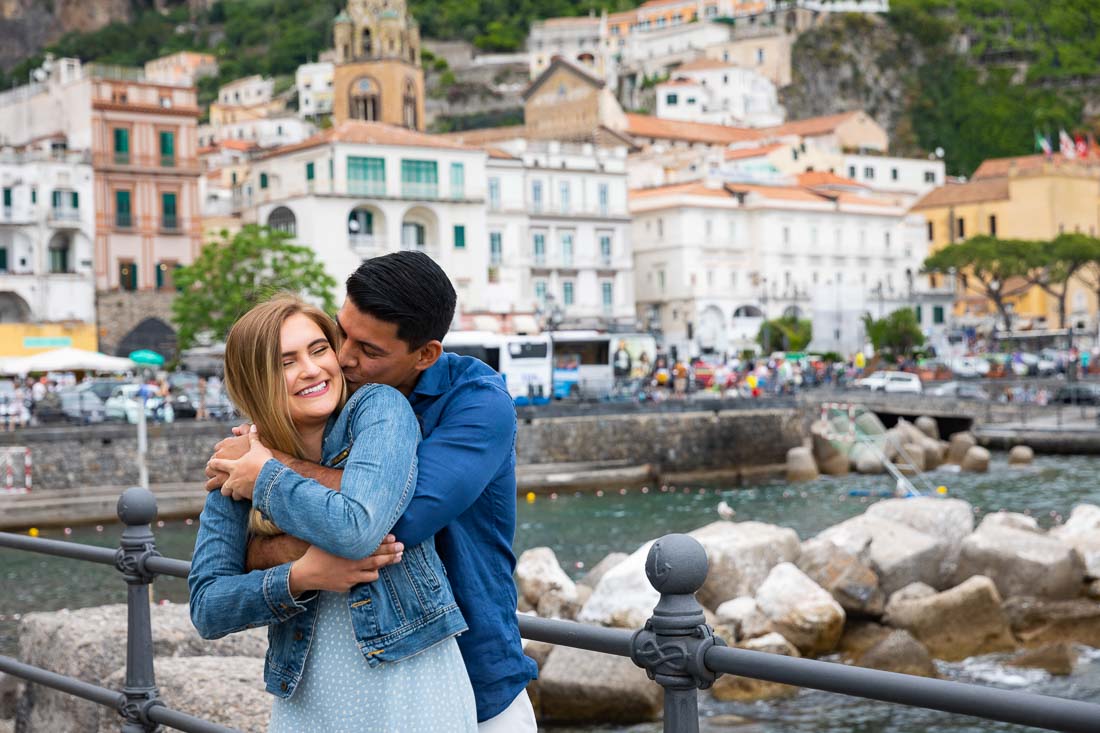 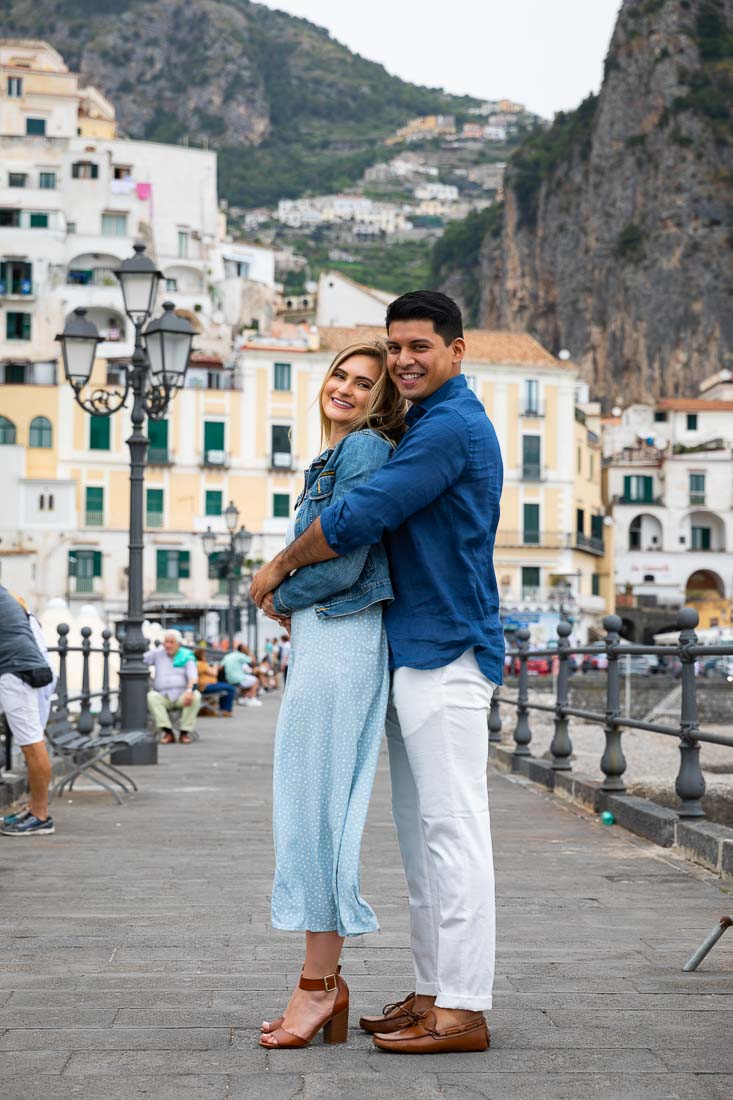 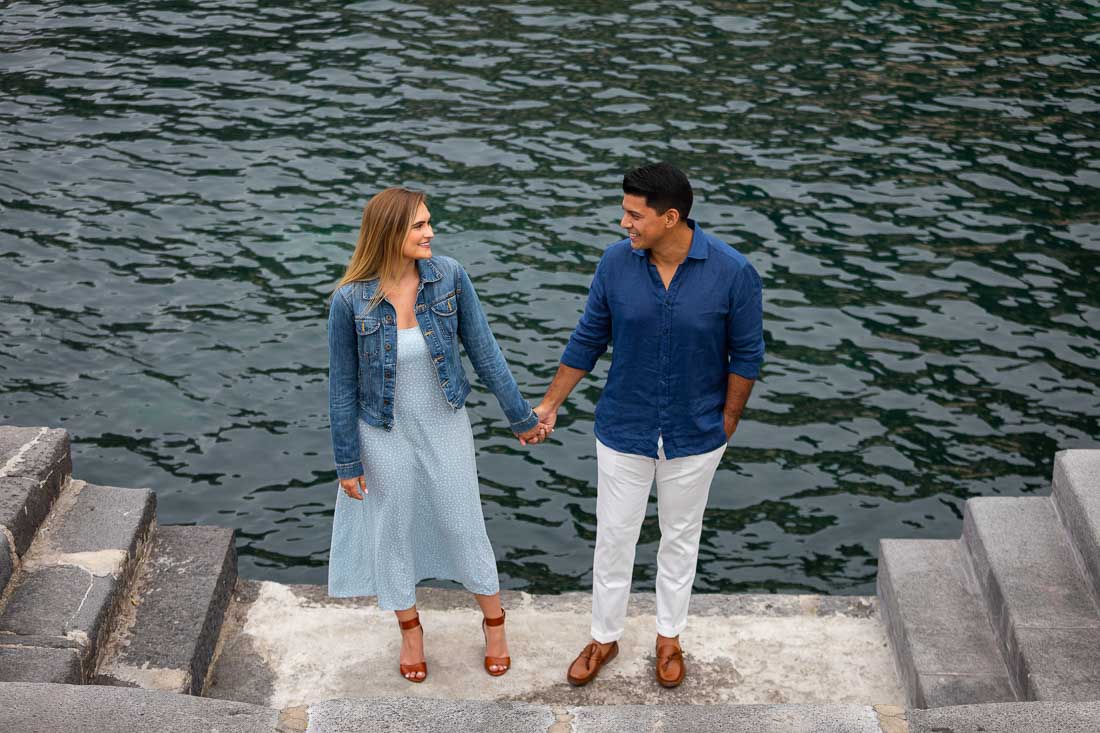 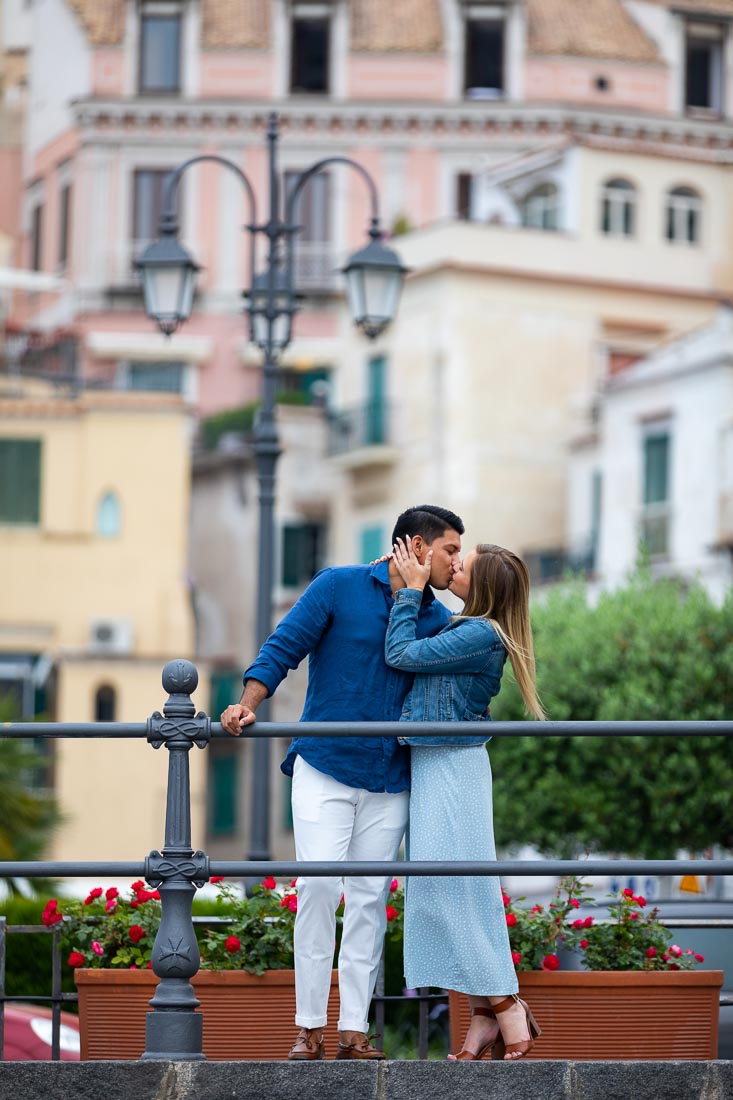 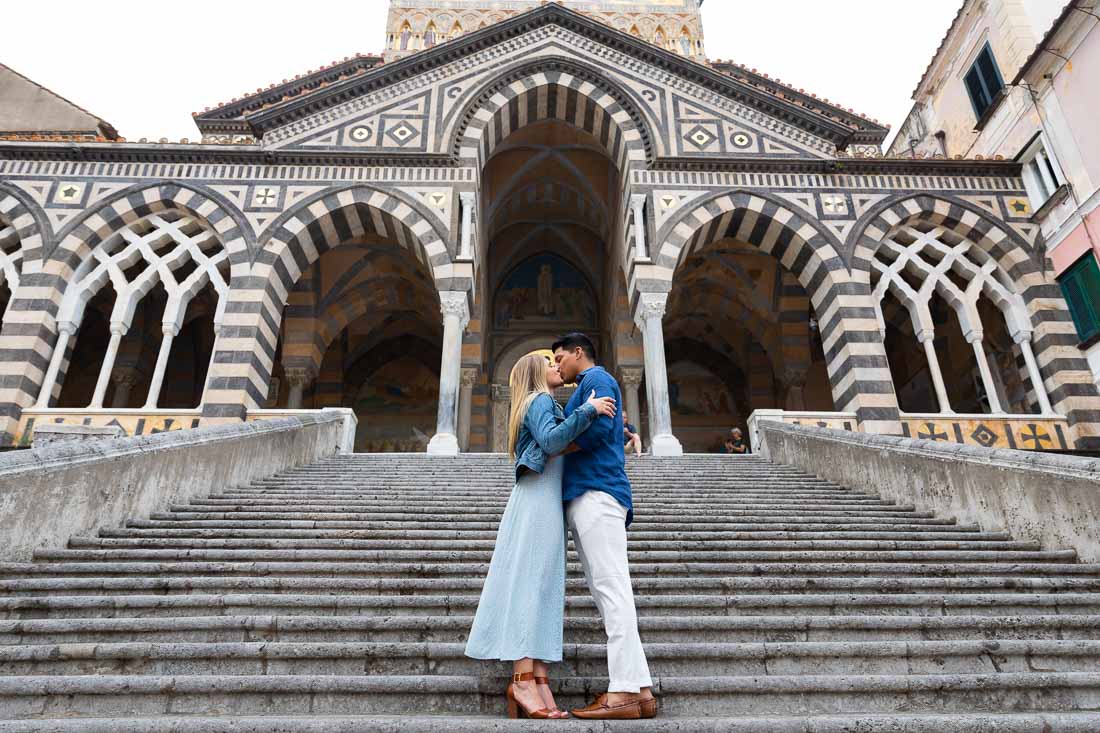 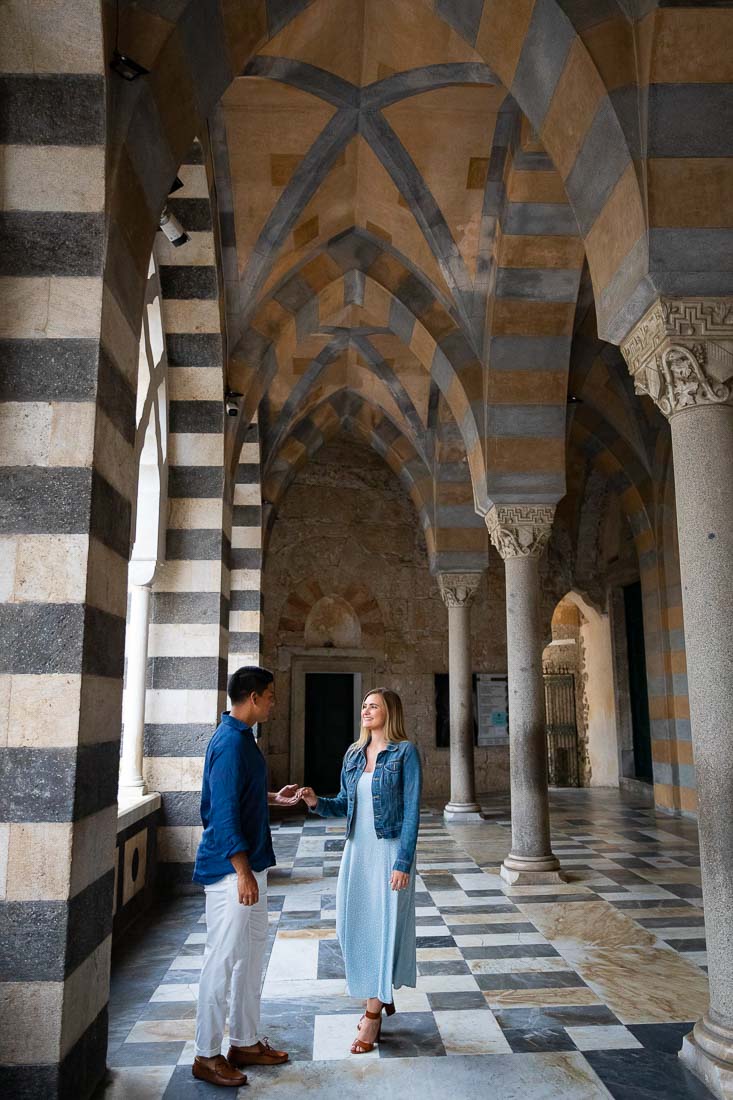 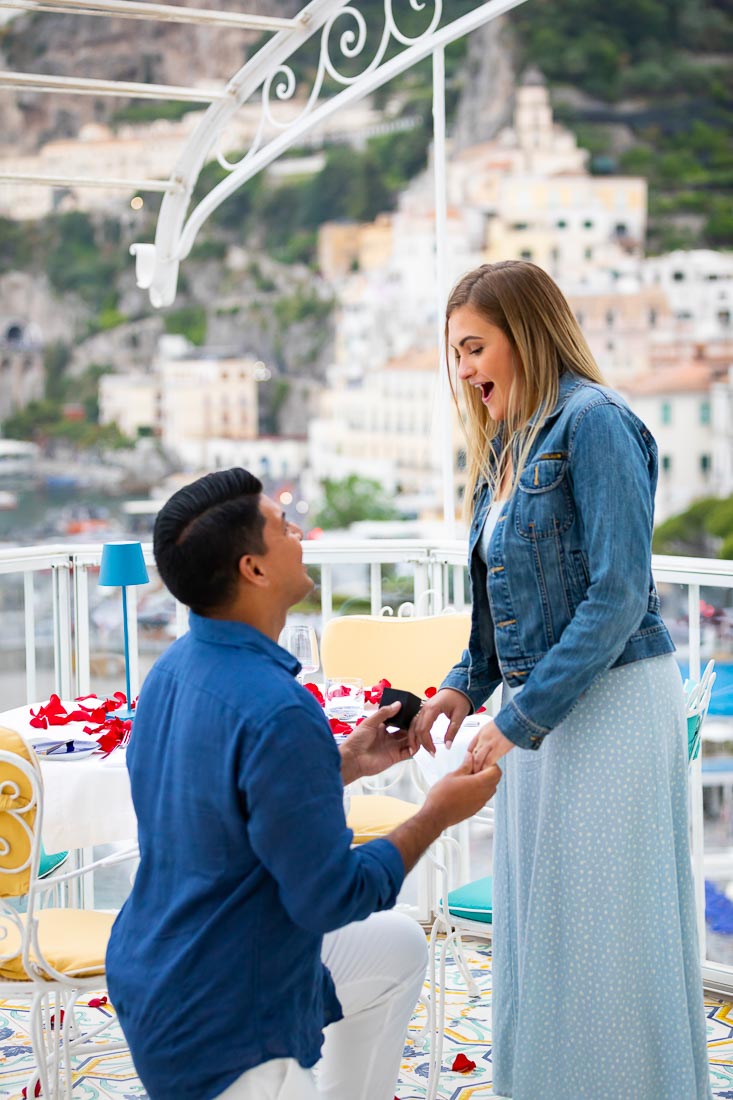 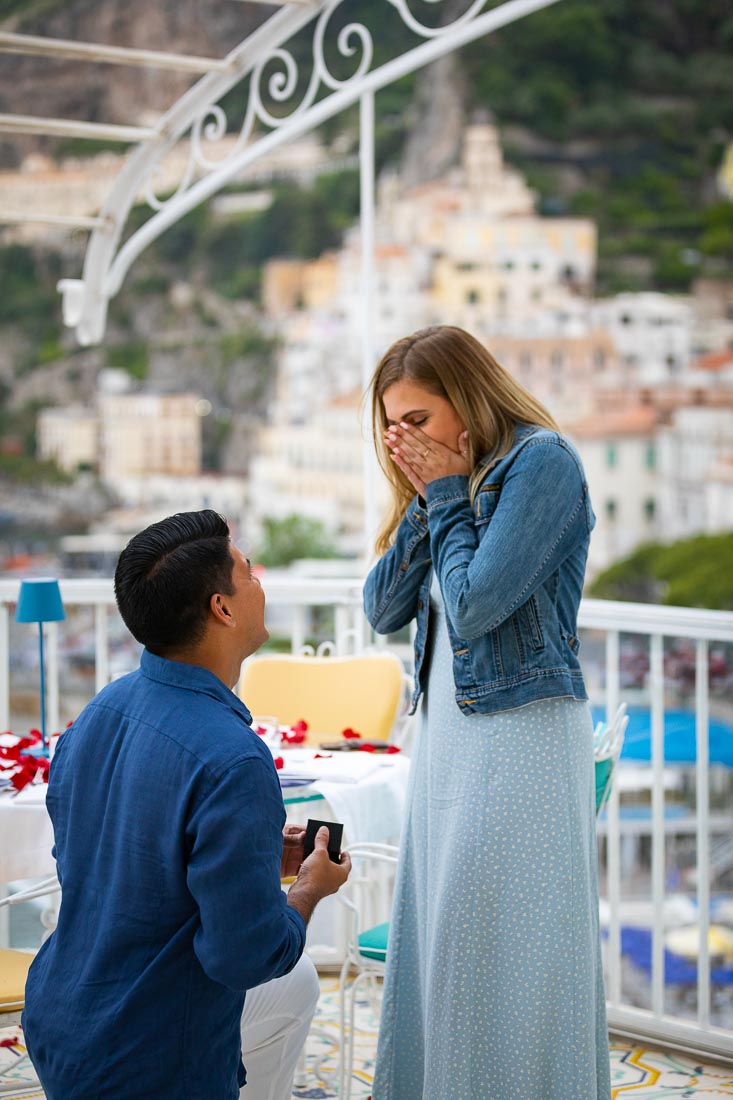 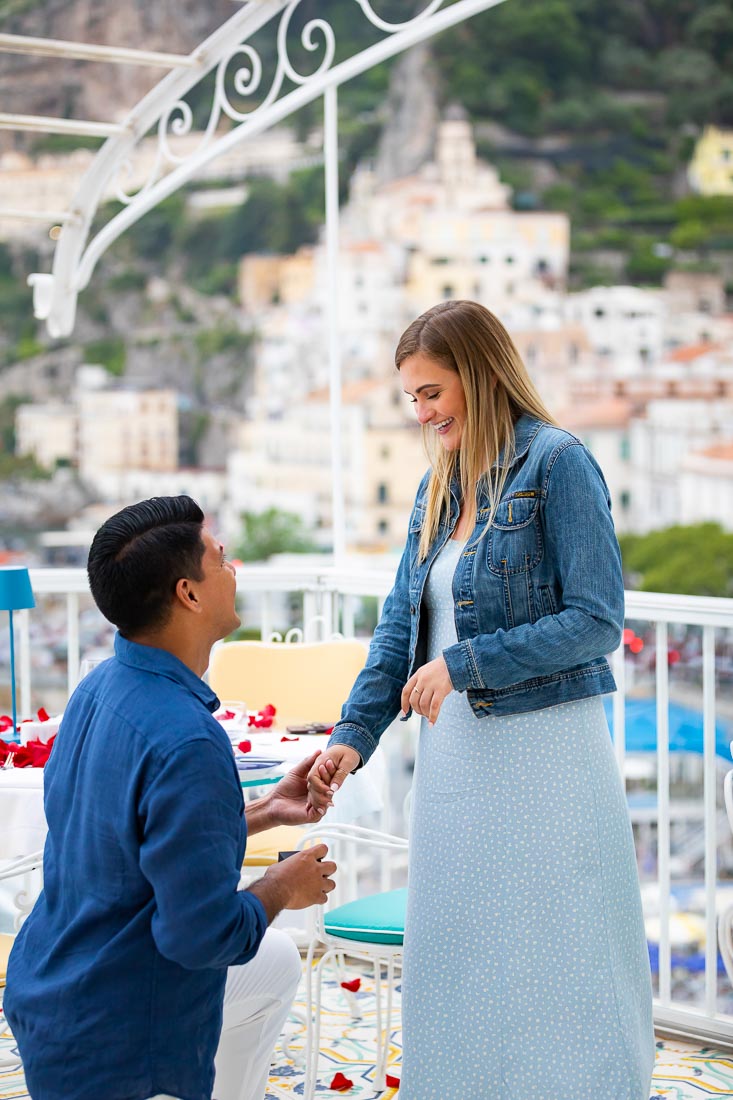 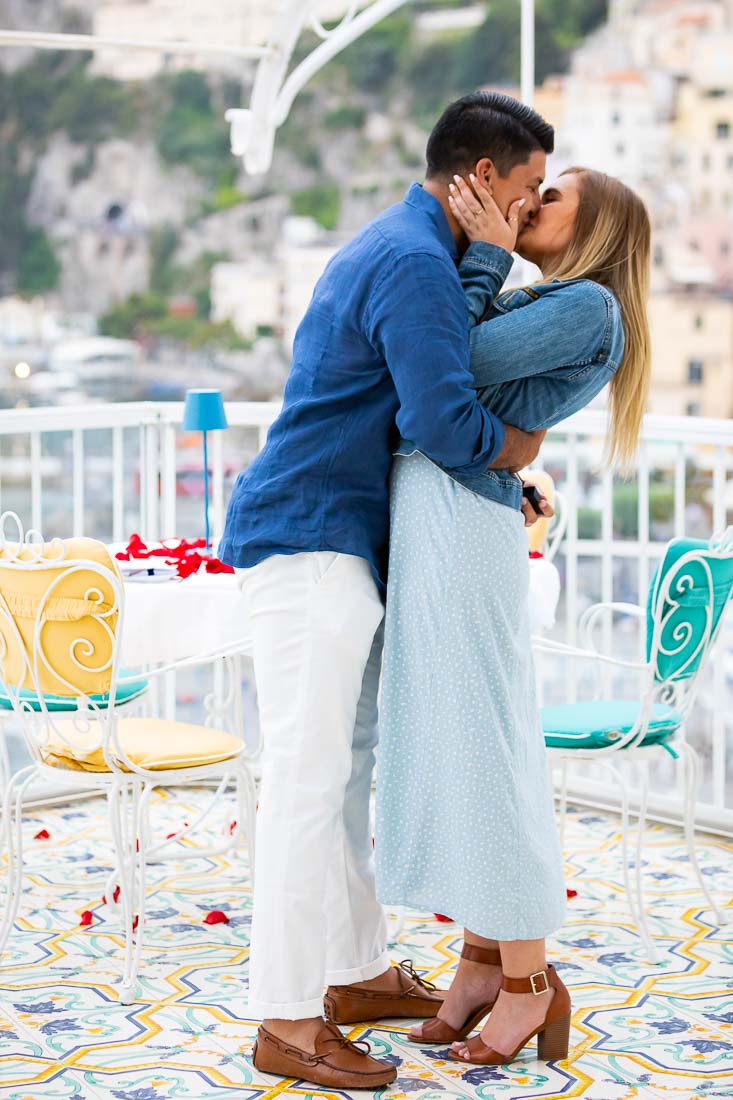 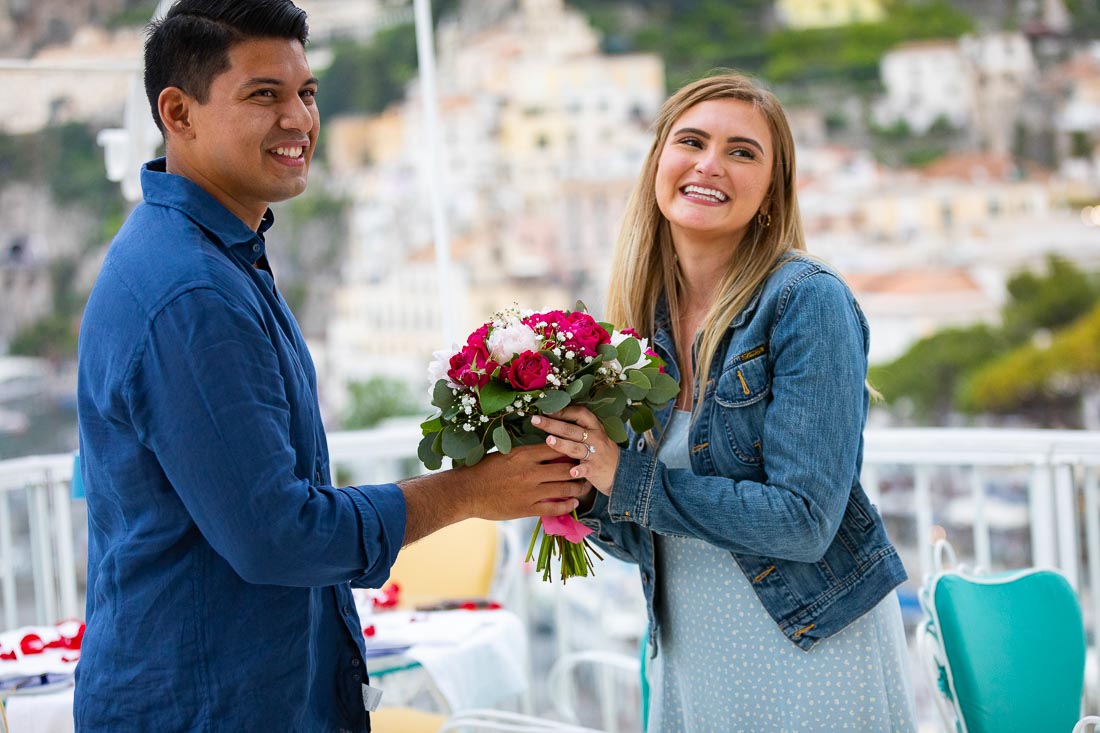 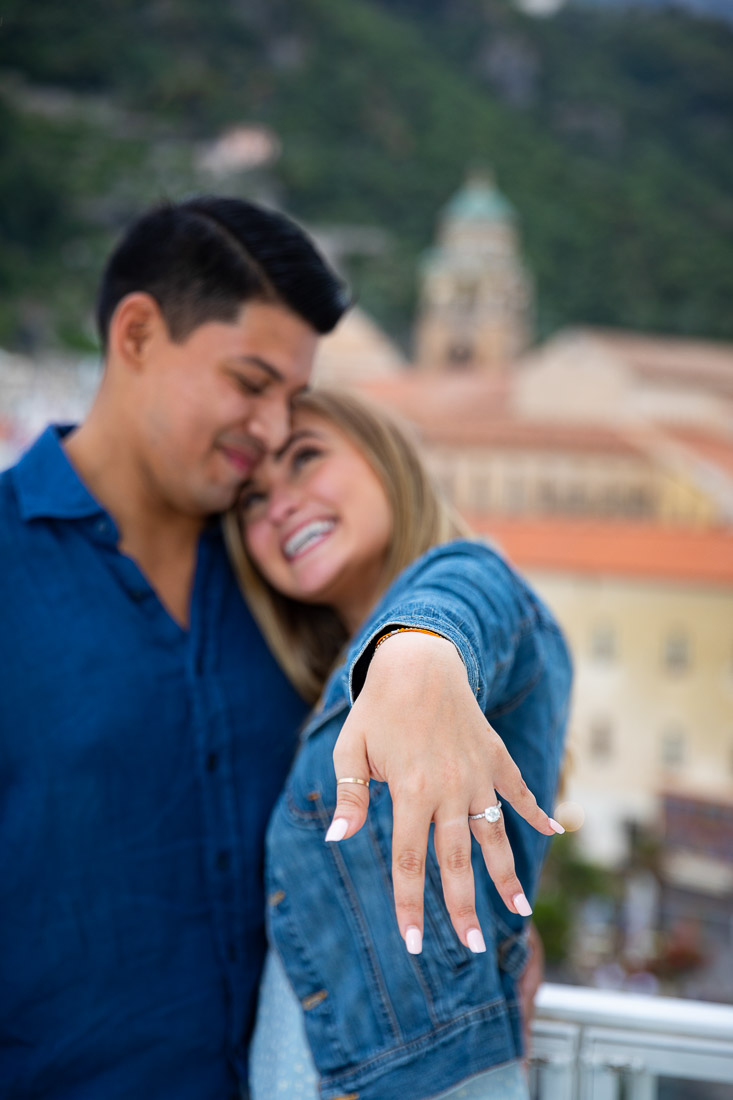 Time of the year: end of May
Time of day: late afternoon 6:00 pm
Services: 1.5 hour photography service with video and expedient image delivery
Locations: at the town of Amalfi and at the Terrazza 17 restaurant in Hotel Marina Riviera
Curated imagery by the A. Matone photography studio. Check out the Portfolio for more lifestyle photography. Start here to learn more about our proposal session in Amalfi, Venice or Tuscany. For prices and bookings please Click here. 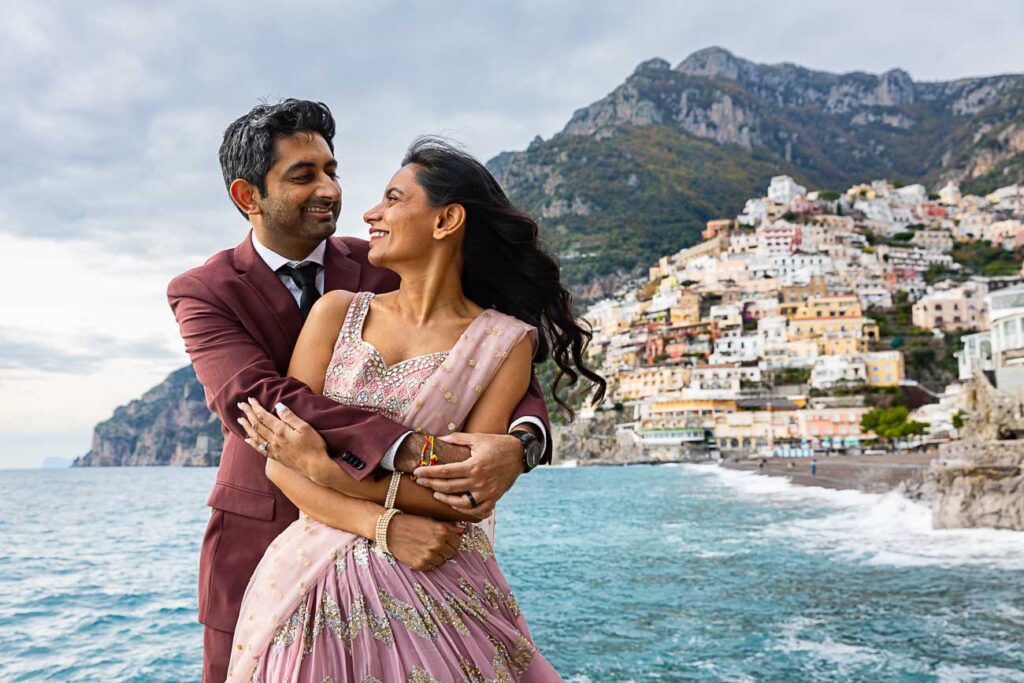 Couples Photo in Amalfi and Positano 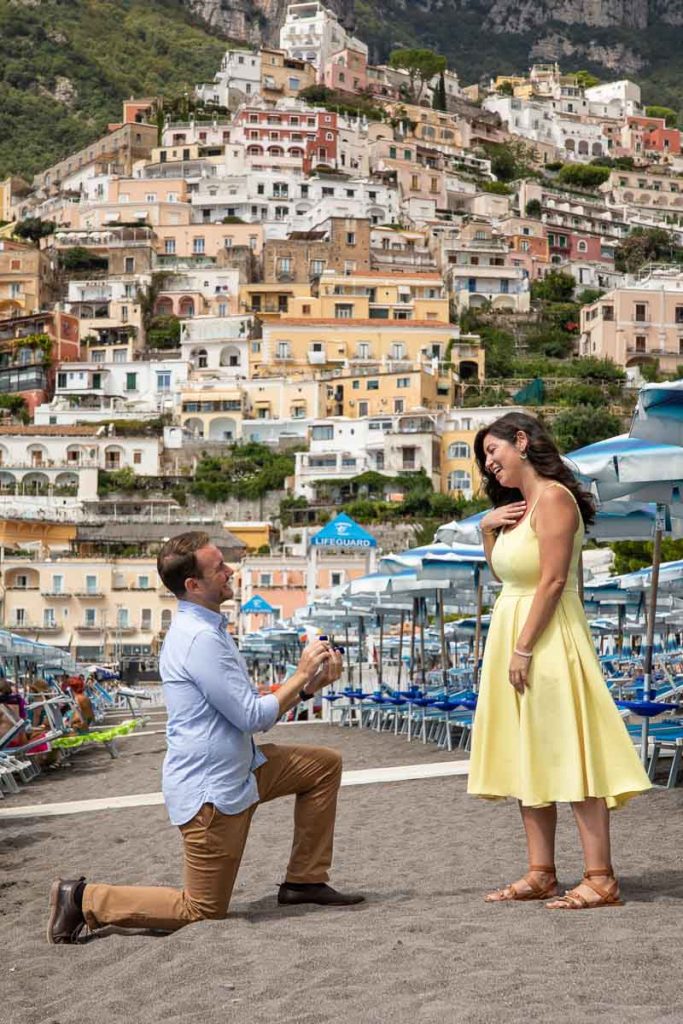 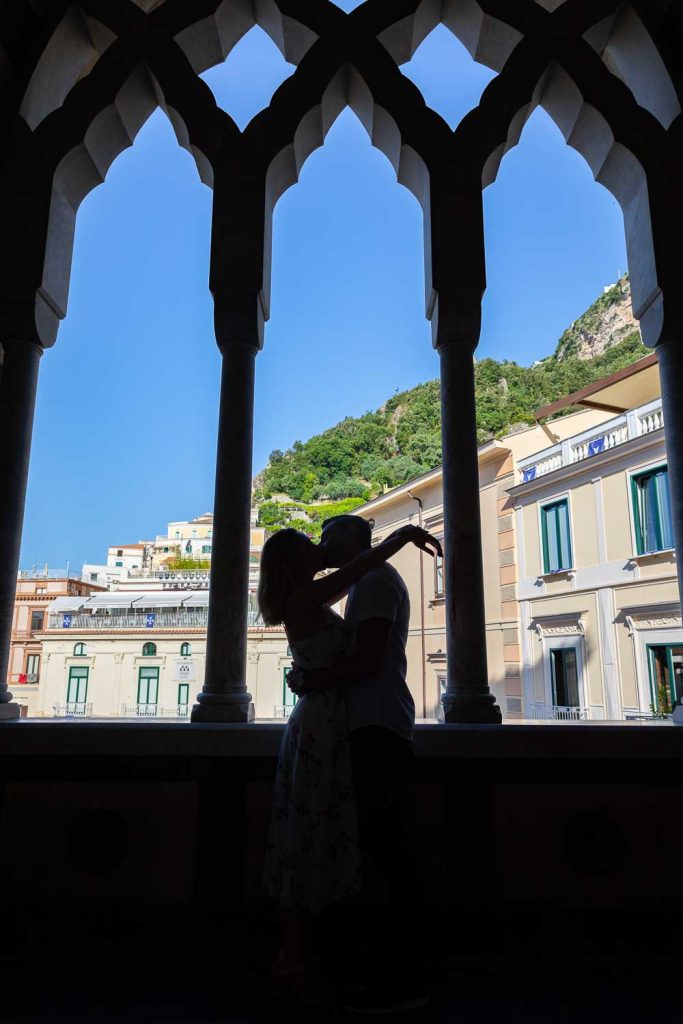 Creative and unique coupe photography from the town of Amalfi in Italy!