A beautiful early morning surprise wedding proposal in Rome candidly photographed from the side. Early enough to have some nice light shining through but not late enough to have too many people around! A beautiful and romantic moment which was welcomed with a lot of joy and happiness! Feeling that carried us throughout the photoshoot and which transpired in the pictures! After catching breath, we continued taking some nice engagement photos in around the area. Later to walk to the Spanish steps where we found the beautiful staircase empty of any bystanders. Which allowed for some really nice photographs to remember this very special moment! 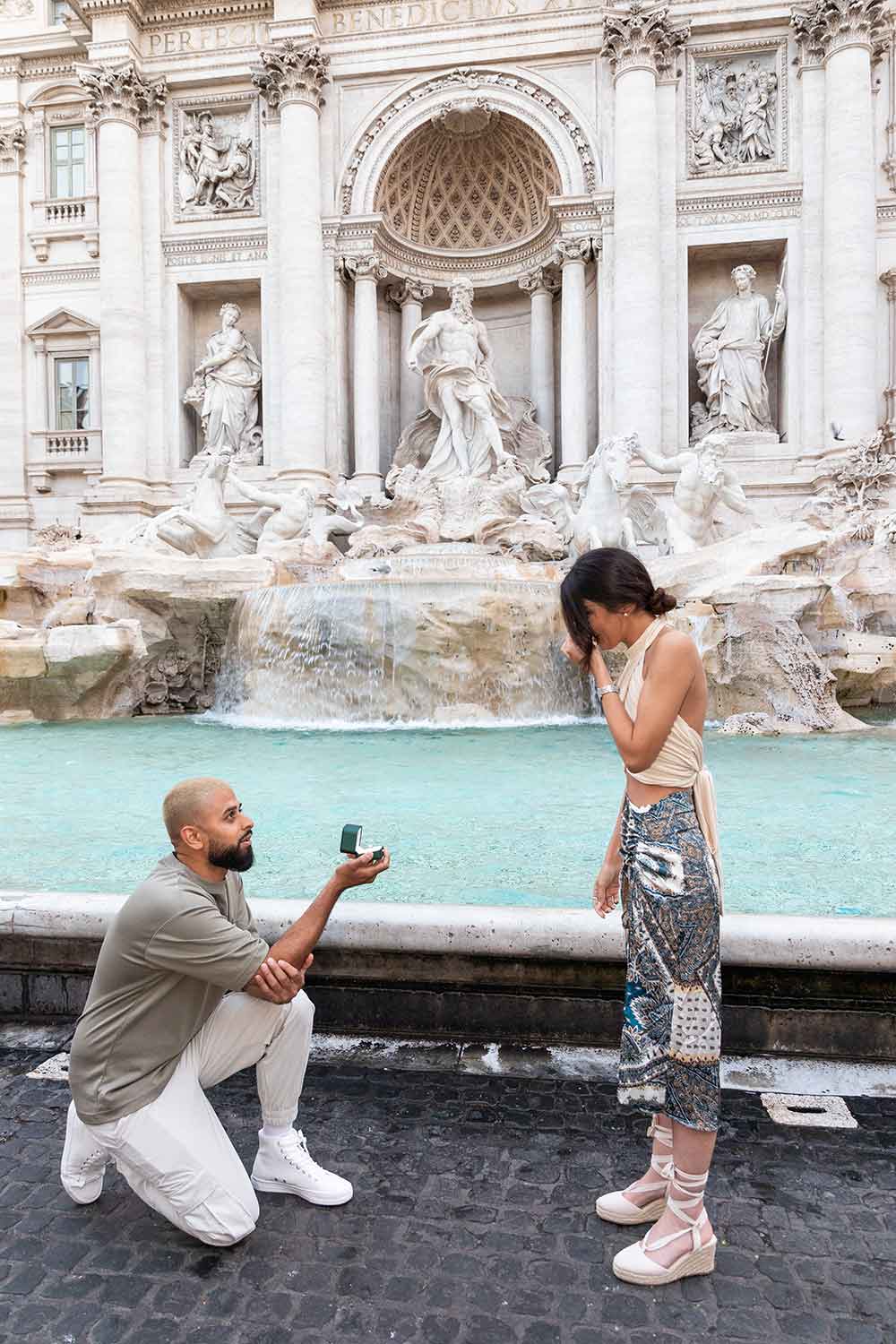 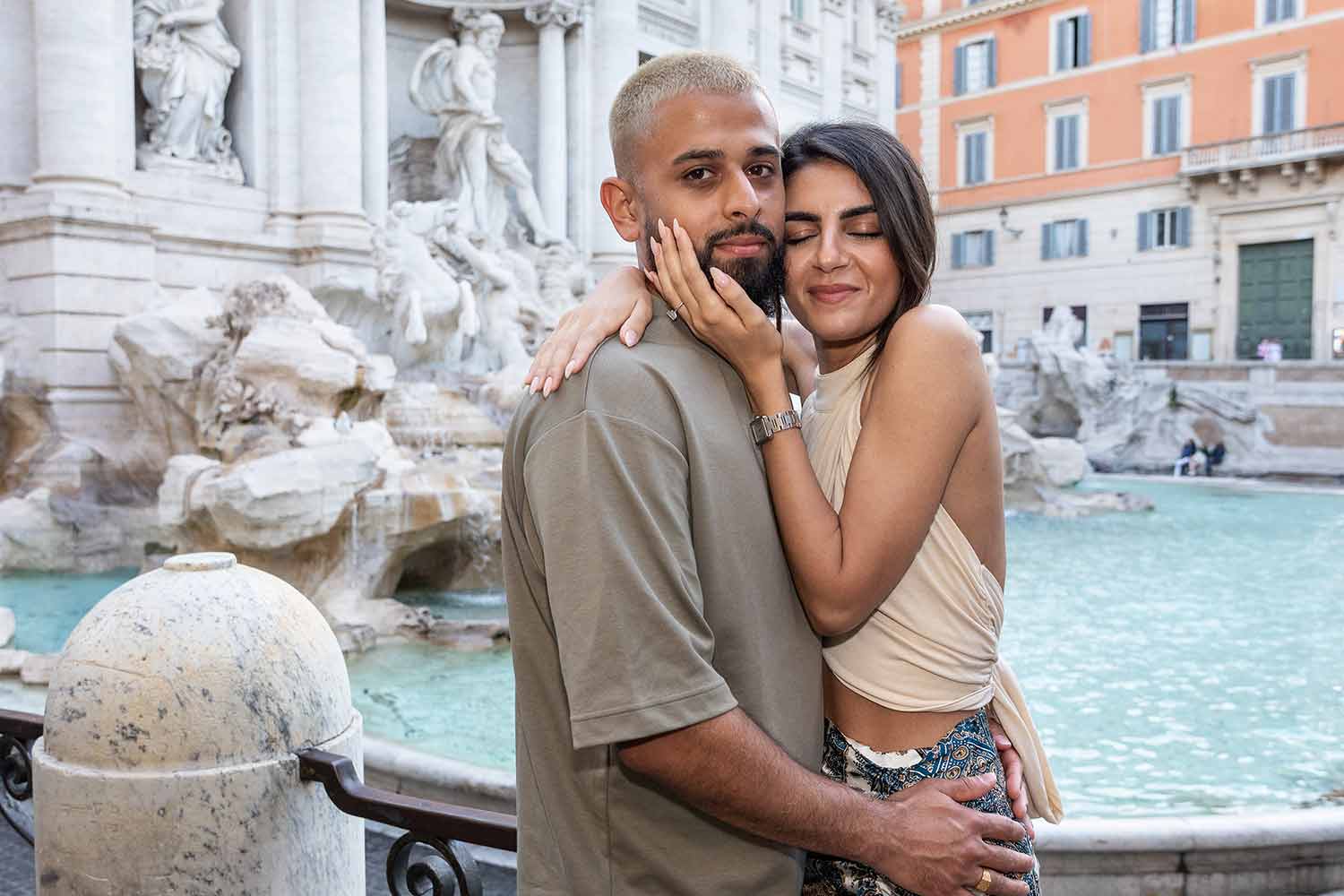 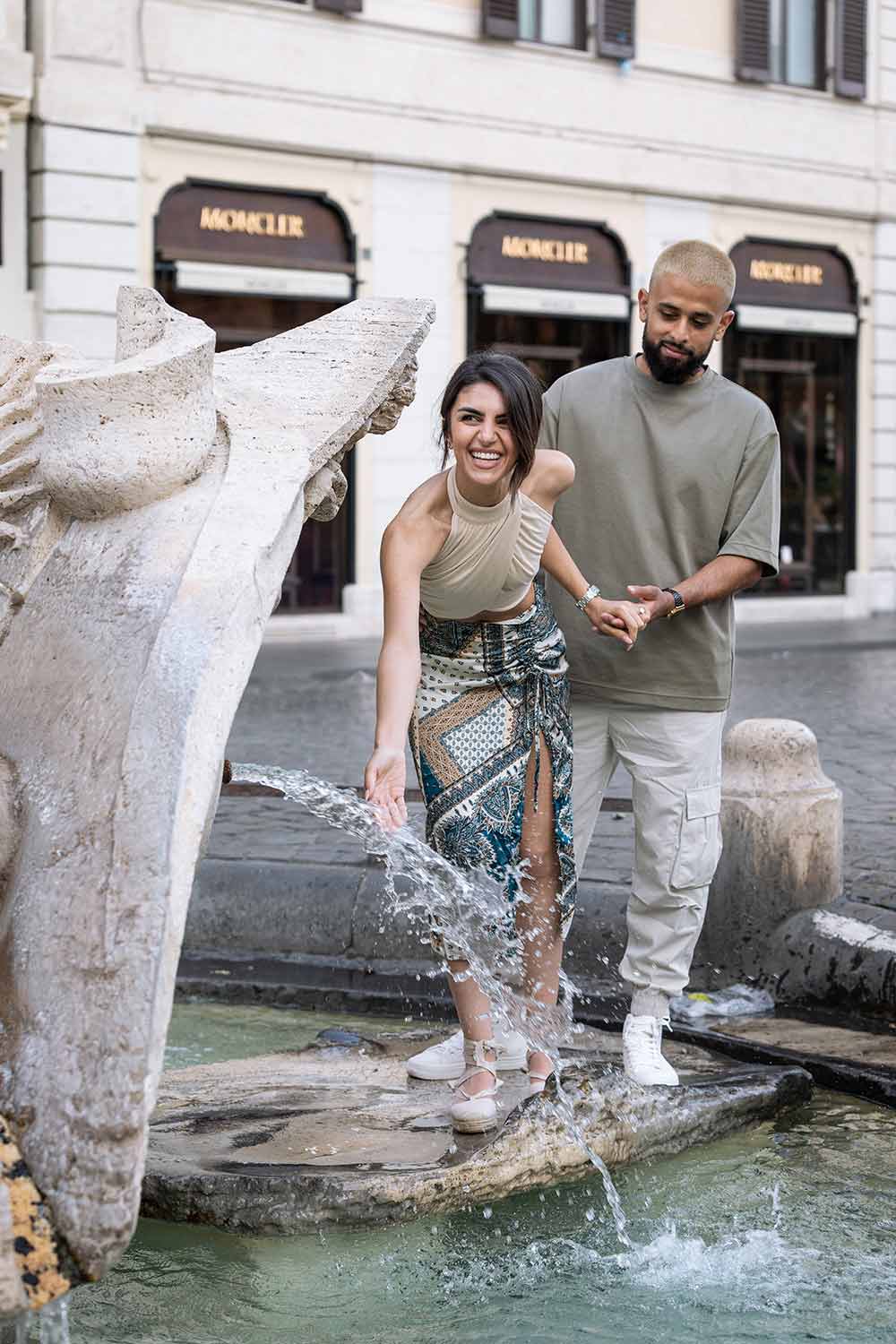 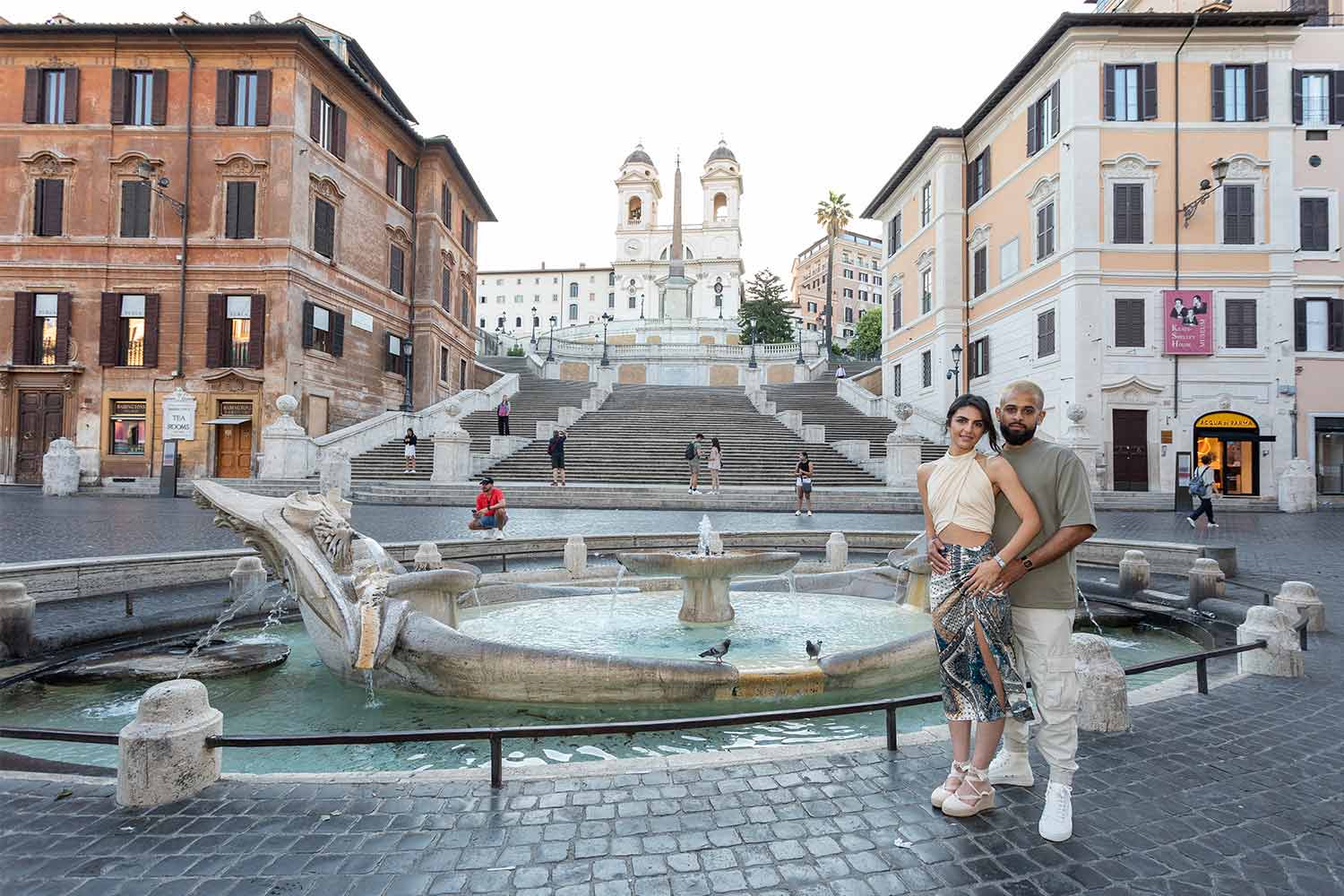 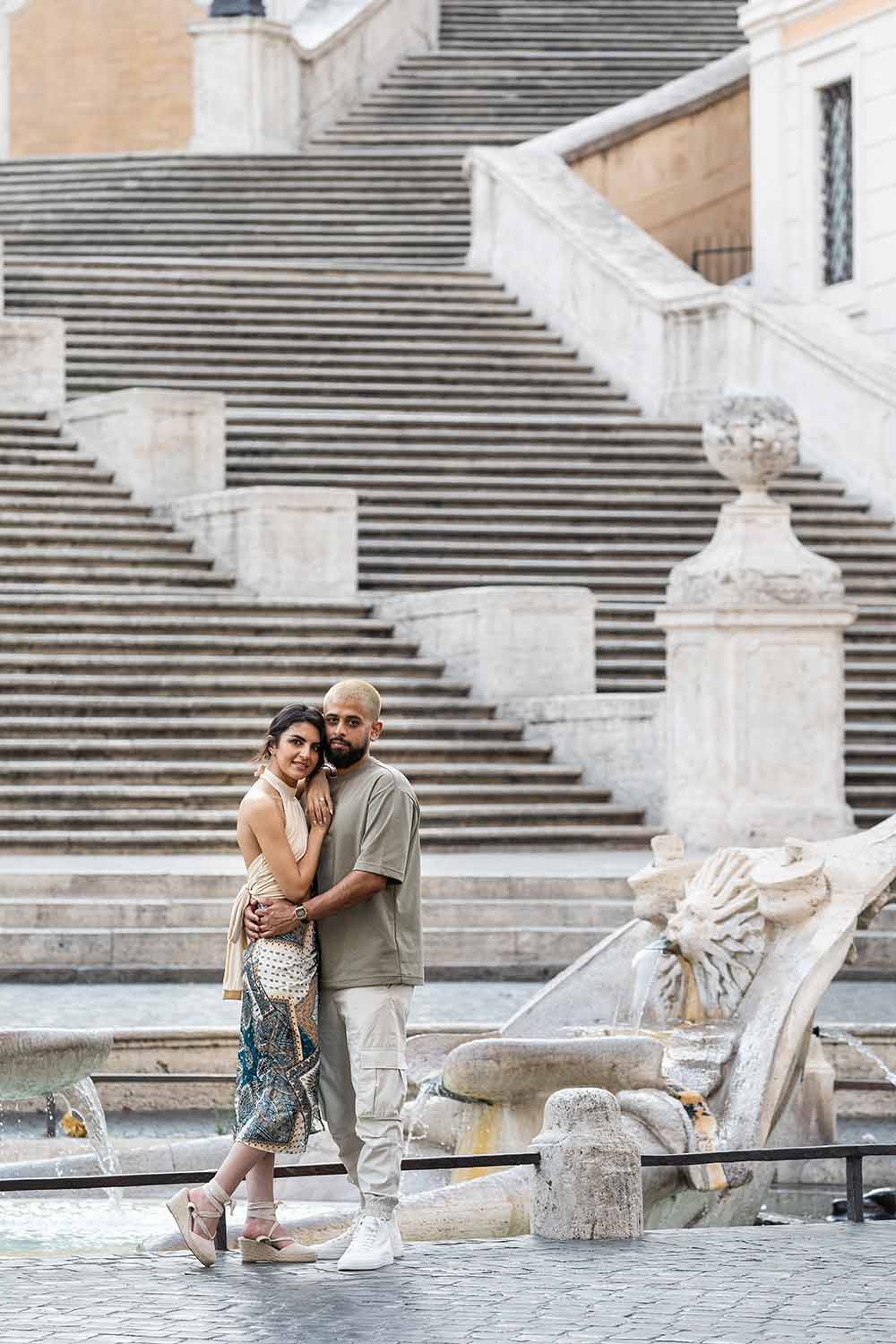 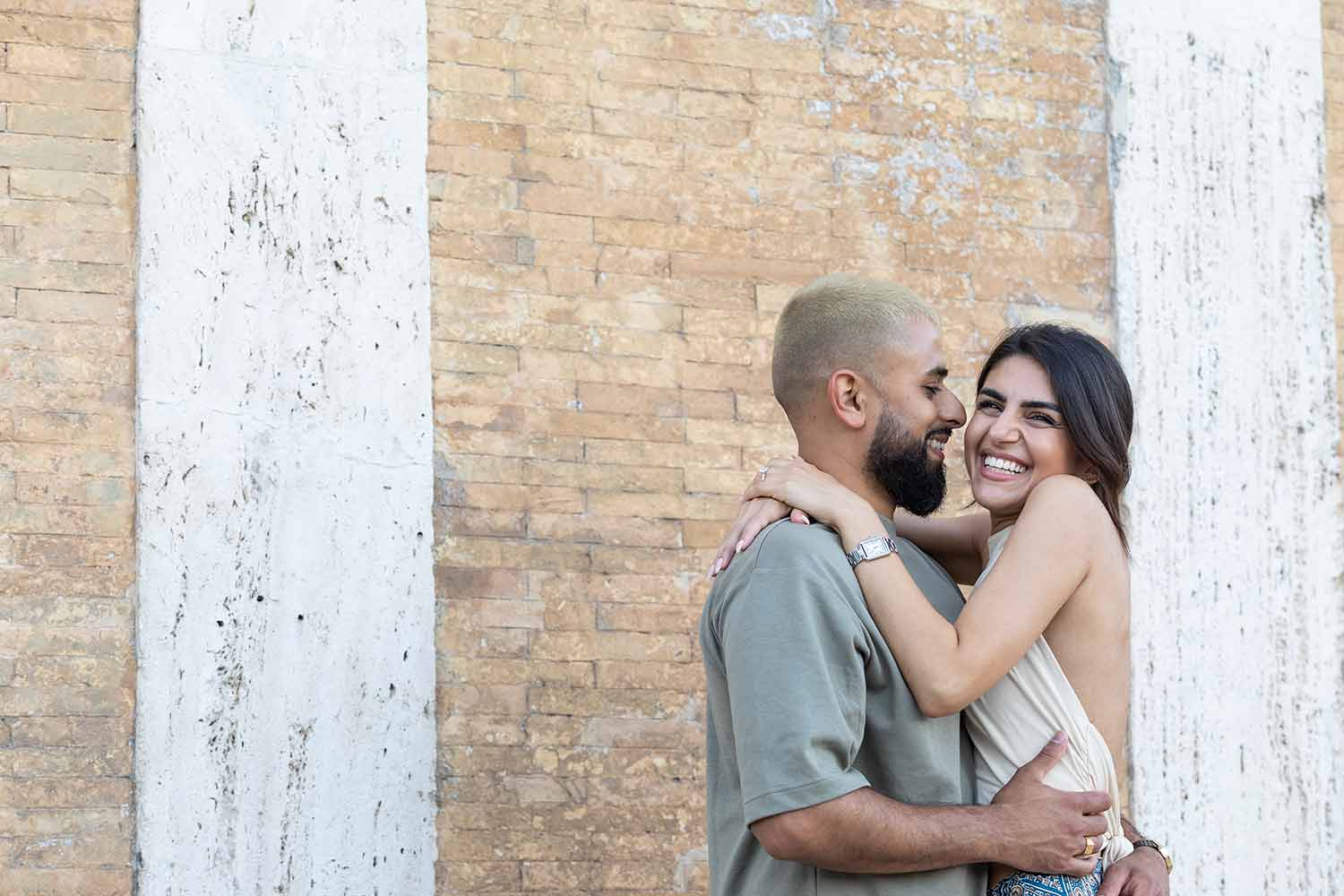 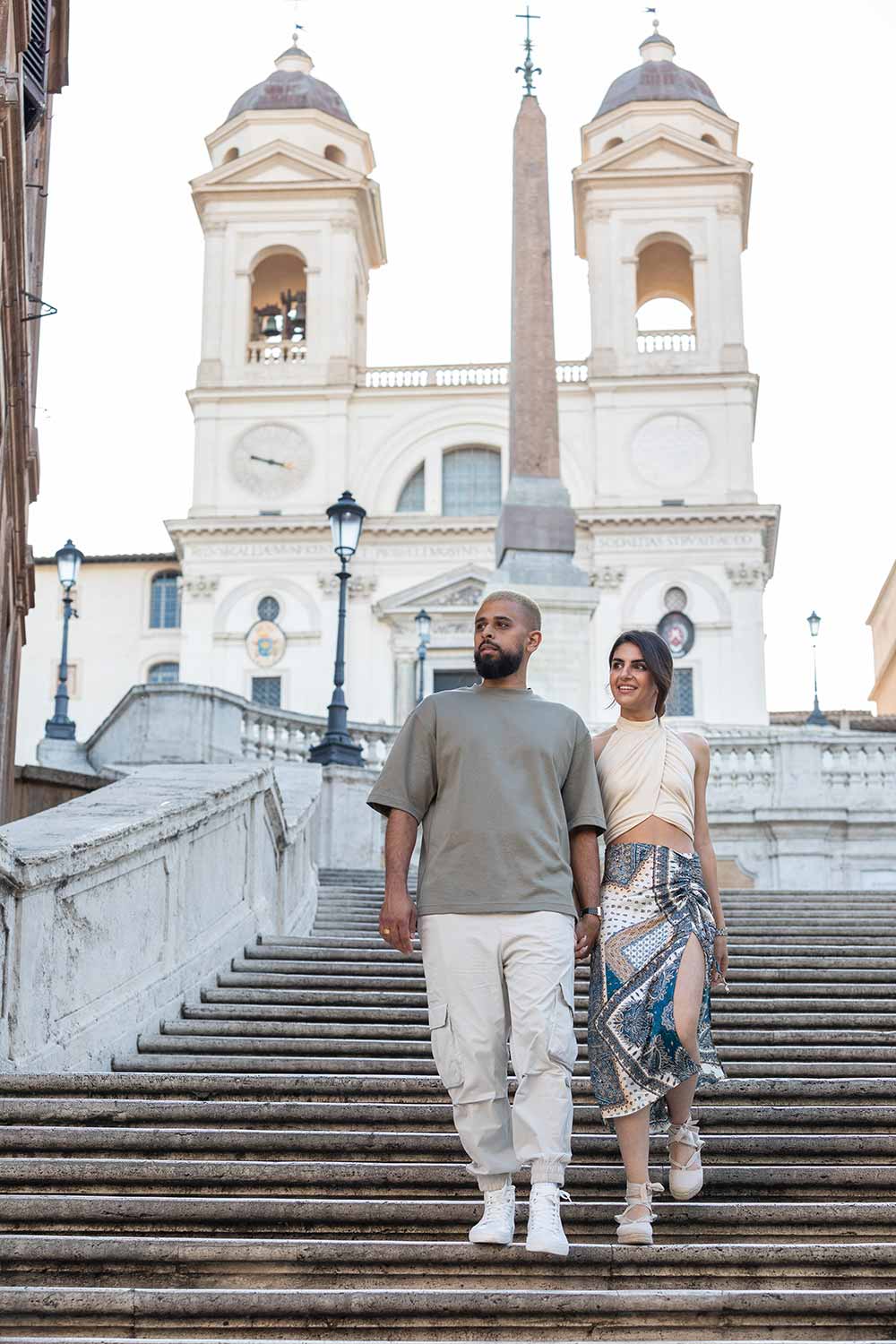 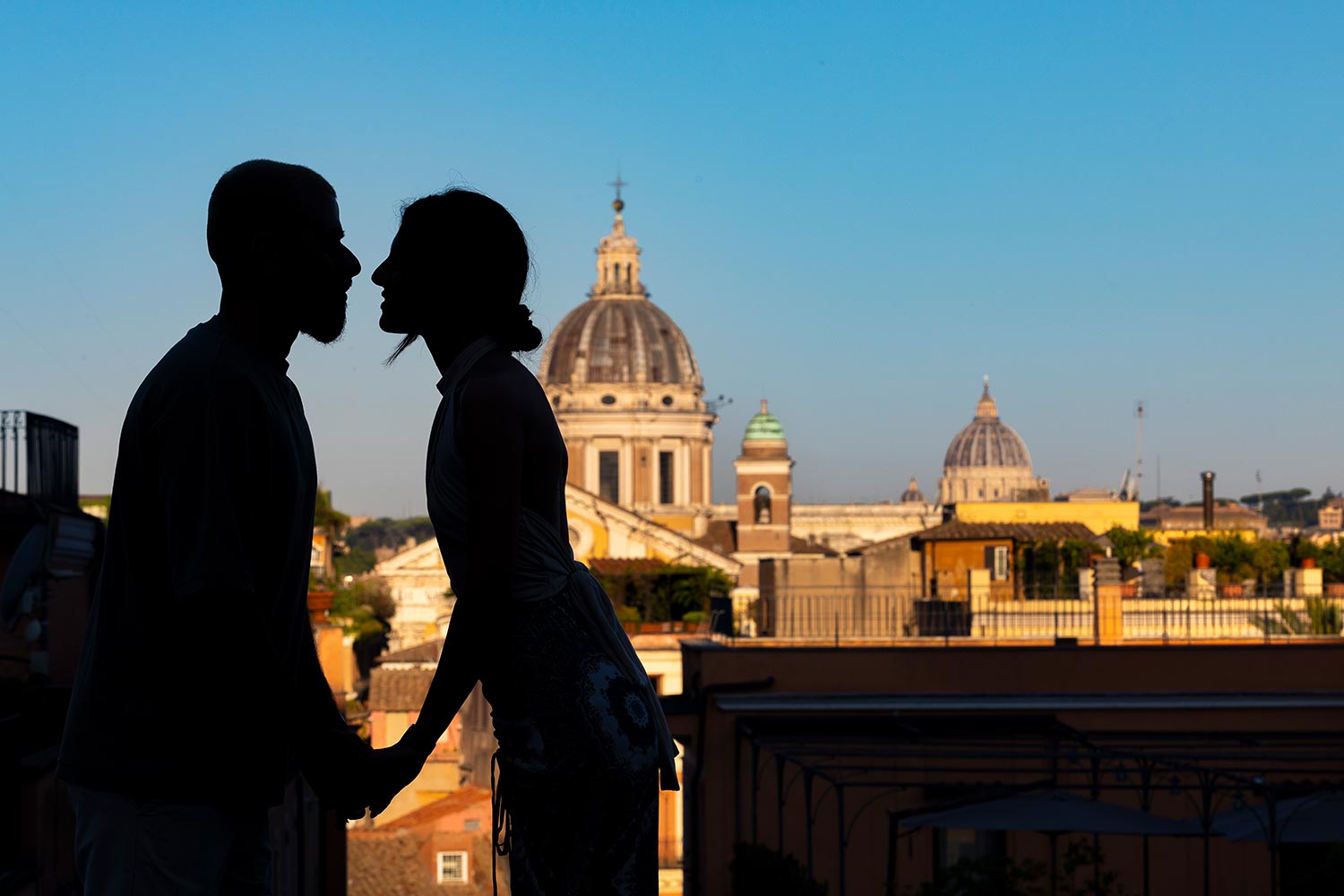 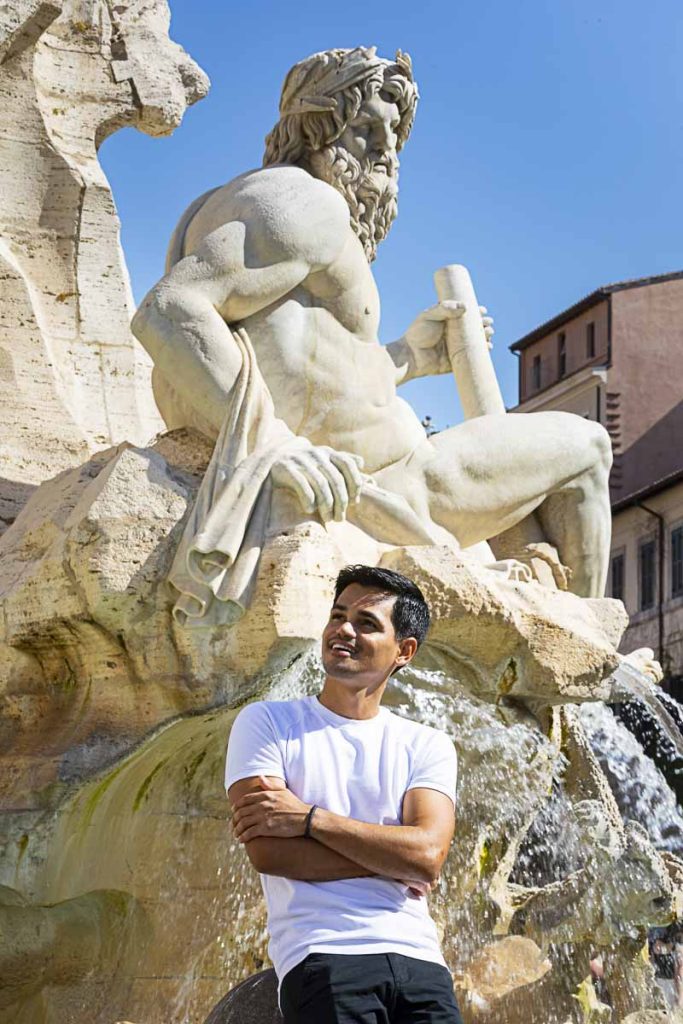 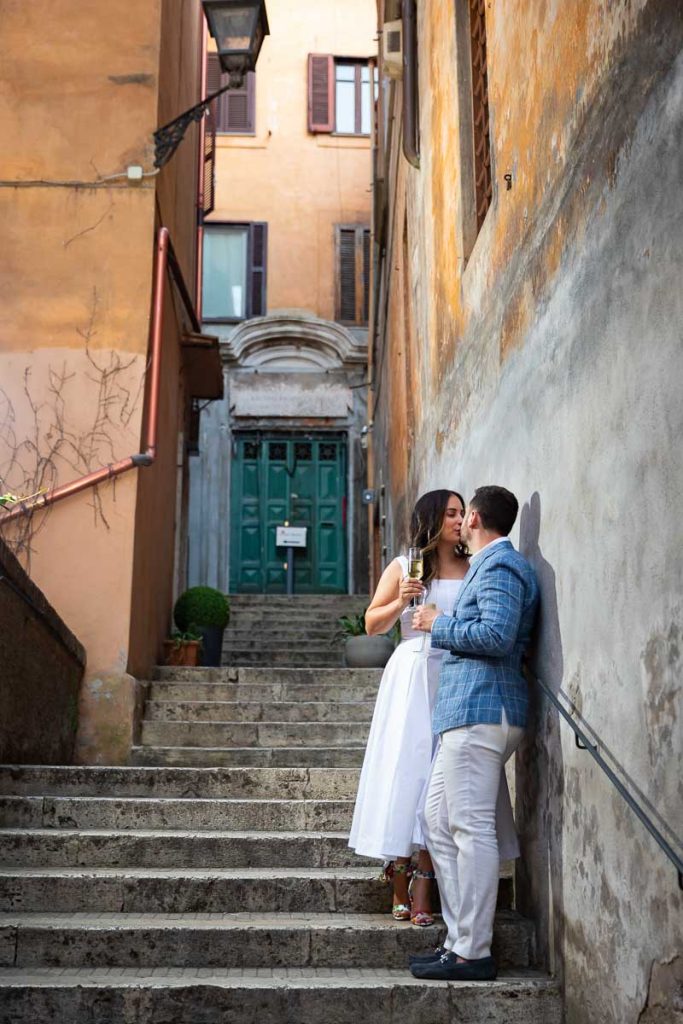 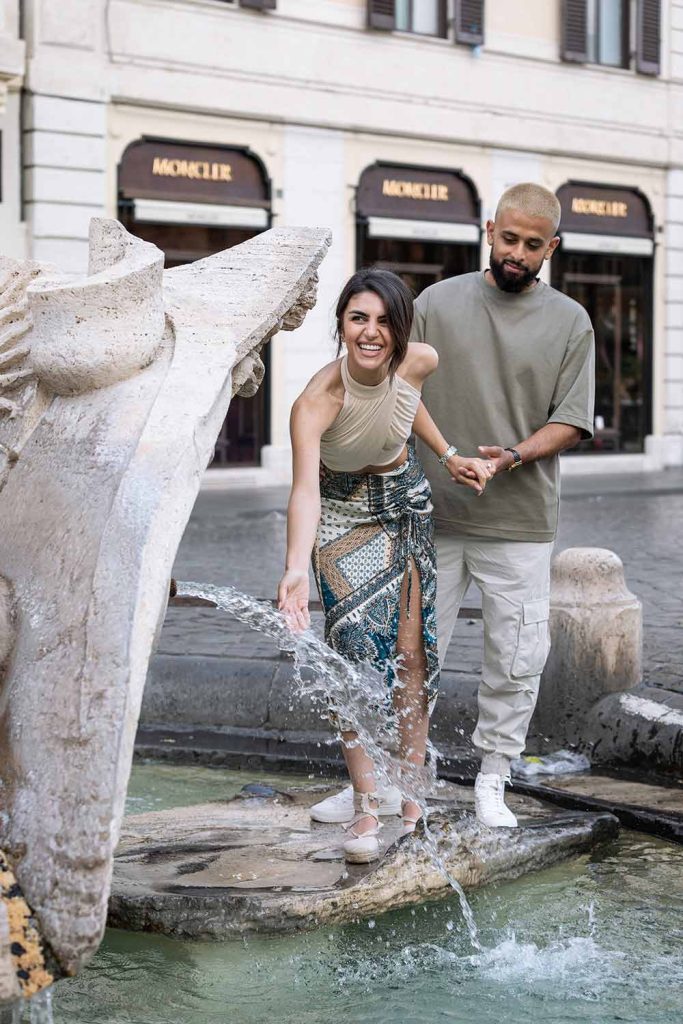