What a wonderful day came out for this fun and unique family photo session in Rome! Which began by meeting underneath the equestrian statue of Marcus Aurelius found in the Campidoglio square in central Rome. Moving to catch the last rays of light shining through the ancient roman forum viewed from the above side terrace. Where we started to shoot the first group portraits. Changing angle view to get different backgrounds. Then we backtracked to take some snapshots on the beautiful staircase. Mixing some sitting down portraits with some standing up images. Both walking and posed. Then we moved over to take some more photos underneath a very large marble roman statue which gives off such a nice Rome family photo sensation!

On our way to the Roman Colosseum we circled around the ancient forum to capture a different angle view. And what an incredible sweeping view over ancient Rome! Ultimately reaching the bottom of the Capitoline hill where we took some nice photos underneath the Arch of Septimius Severus. Which makes for a great picture location when used as a picture frame. Then our walk began heading to the Roman Colosseum. Then taking a side street off Via dei Fori Imperiali to get some off the beaten track images with the Coliseum in the background. Concluding the photoshoot on the Oppian hill with some fantastic family photography in Rome with the distinctive Colosseum in the background at sunset! 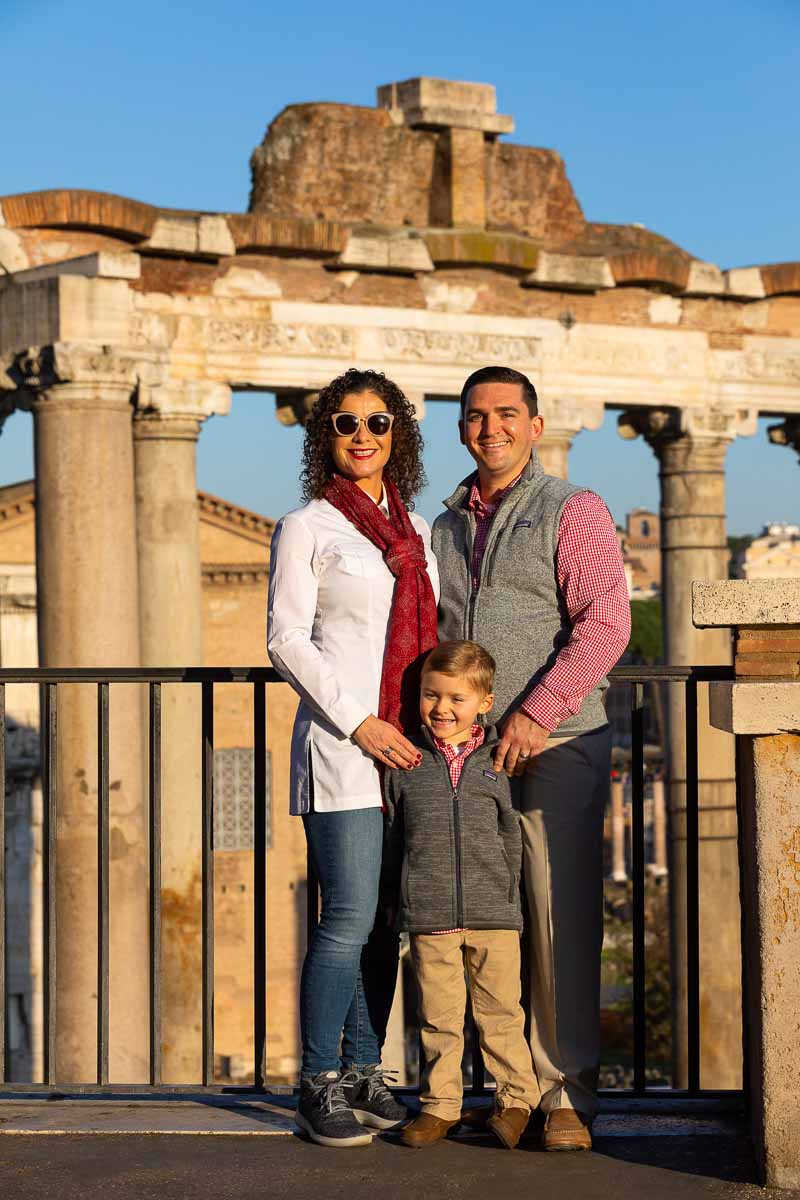 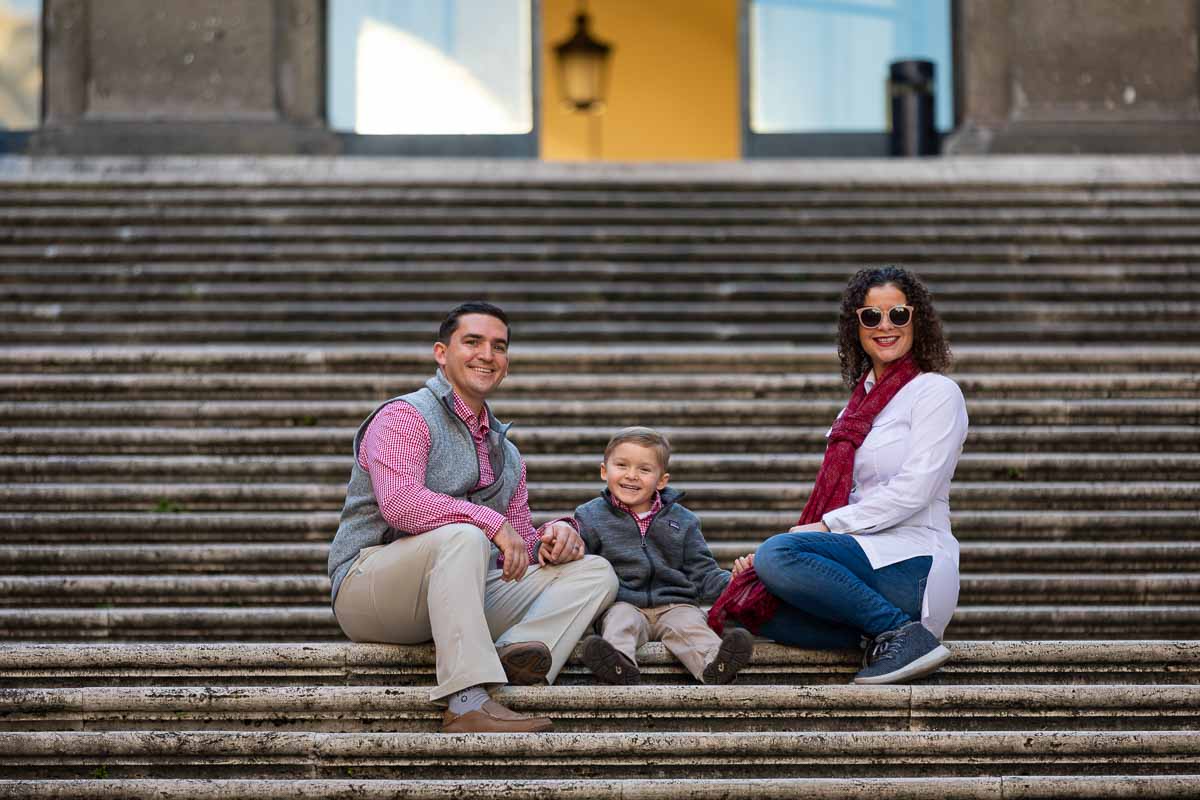 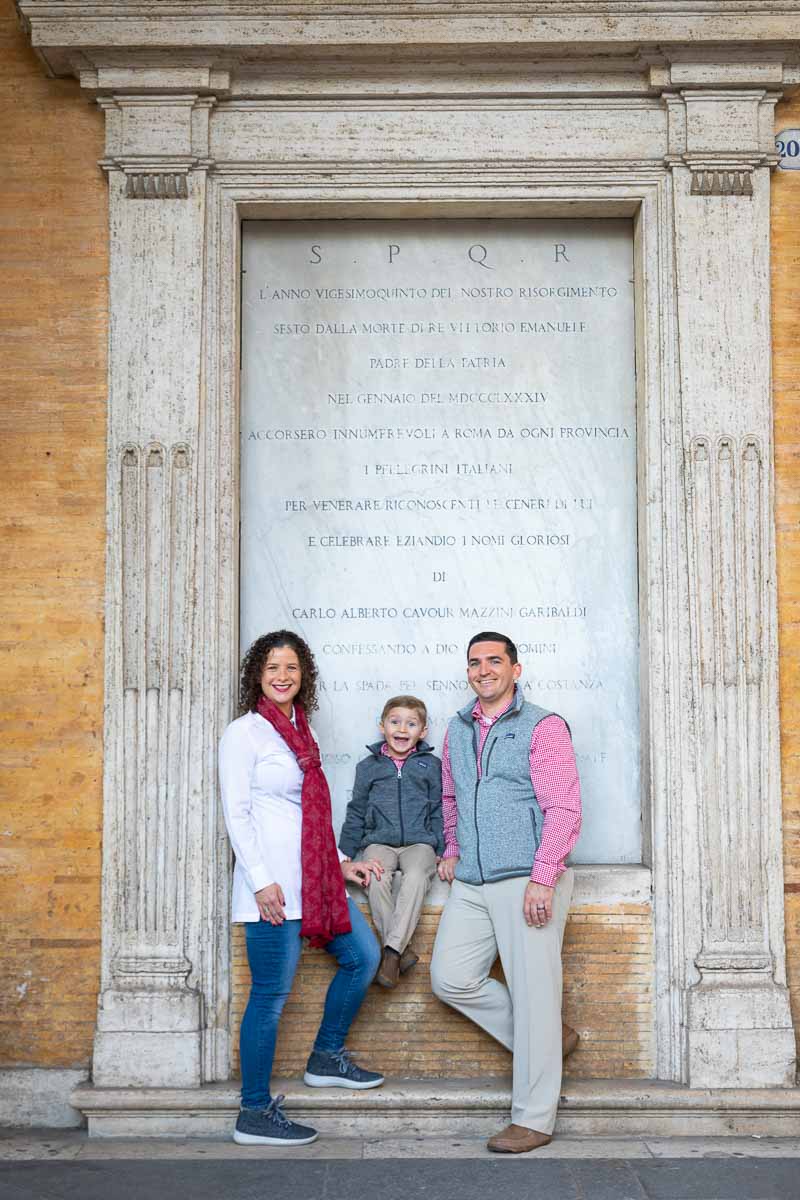 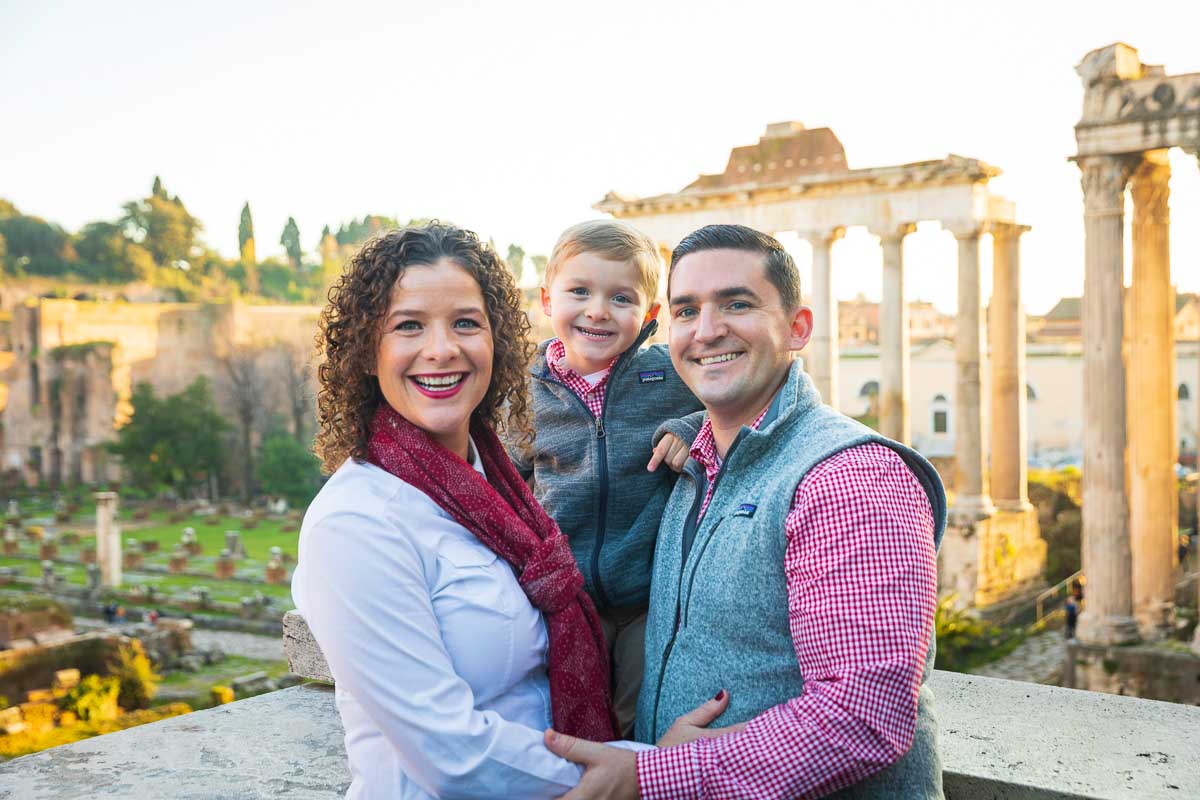 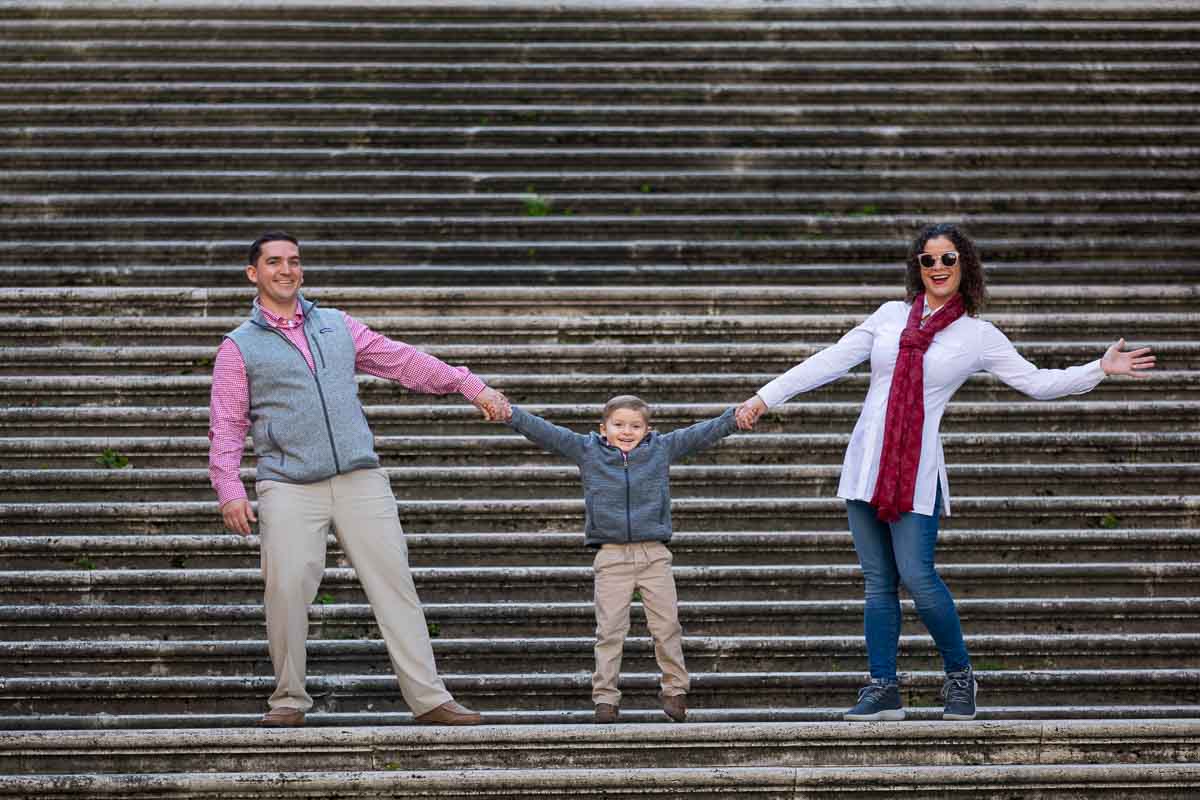 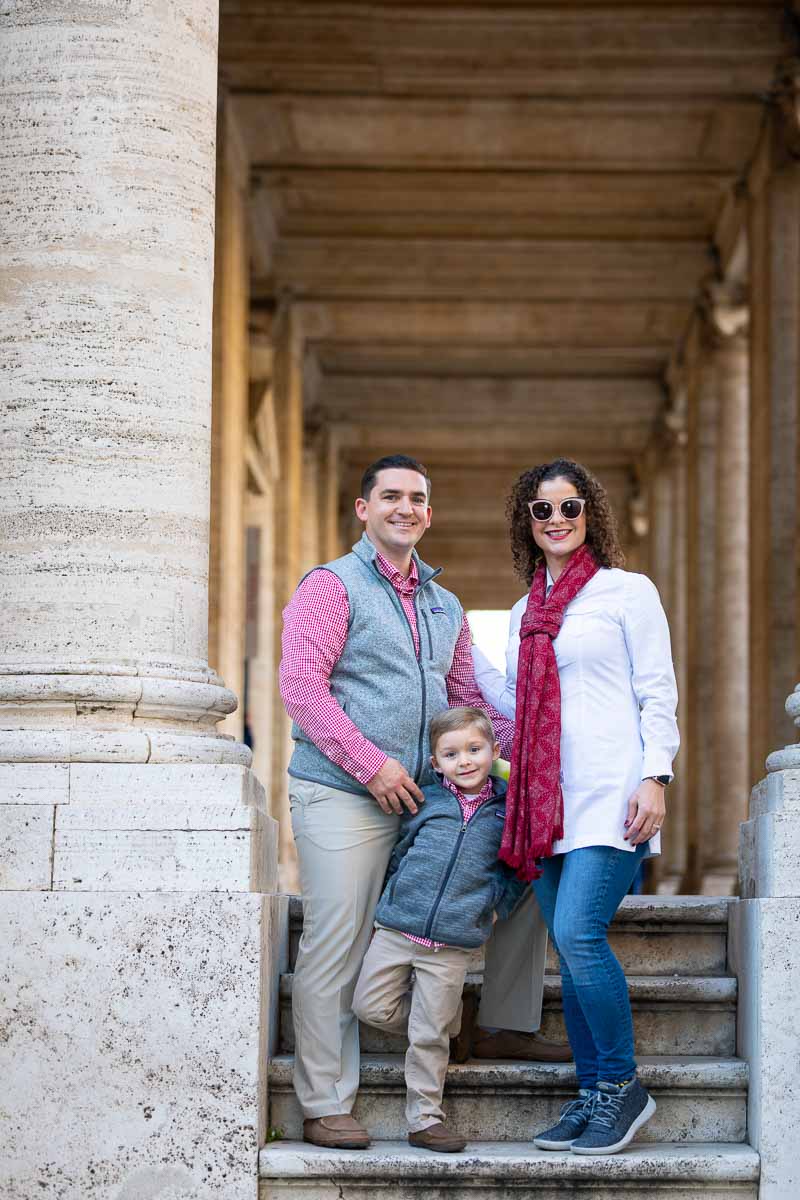 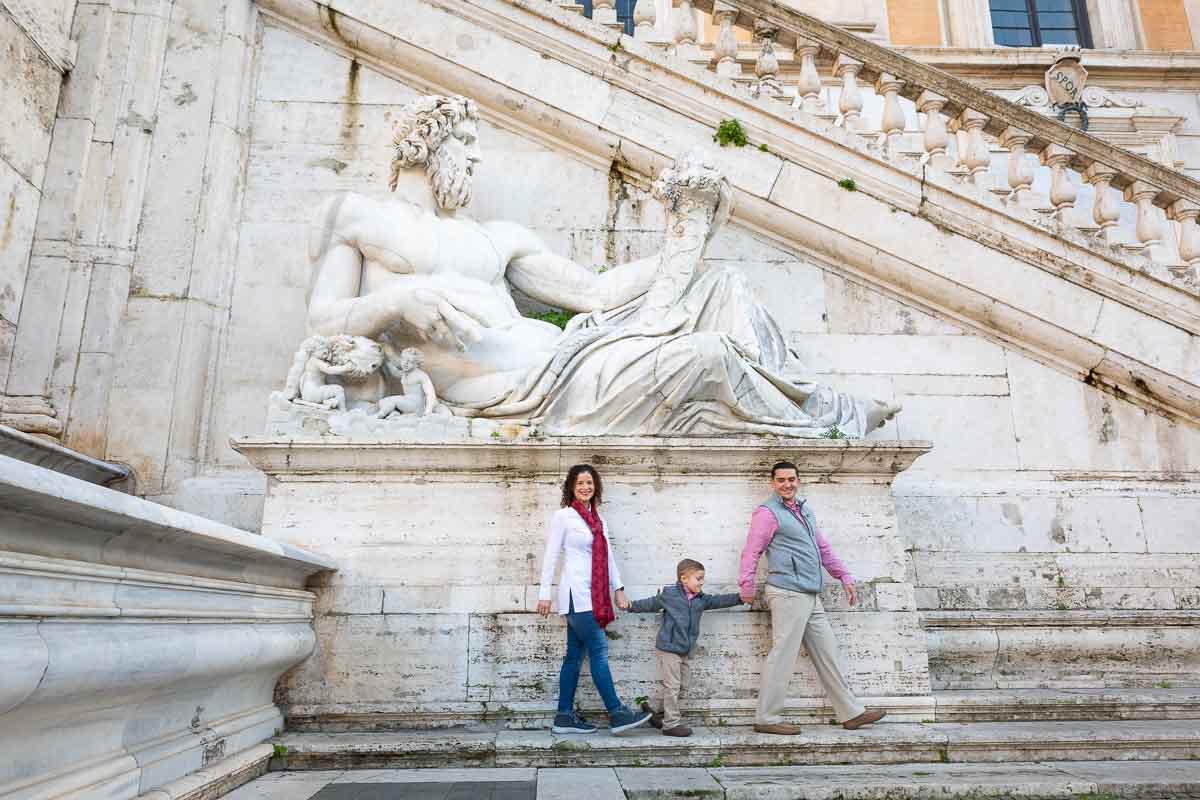 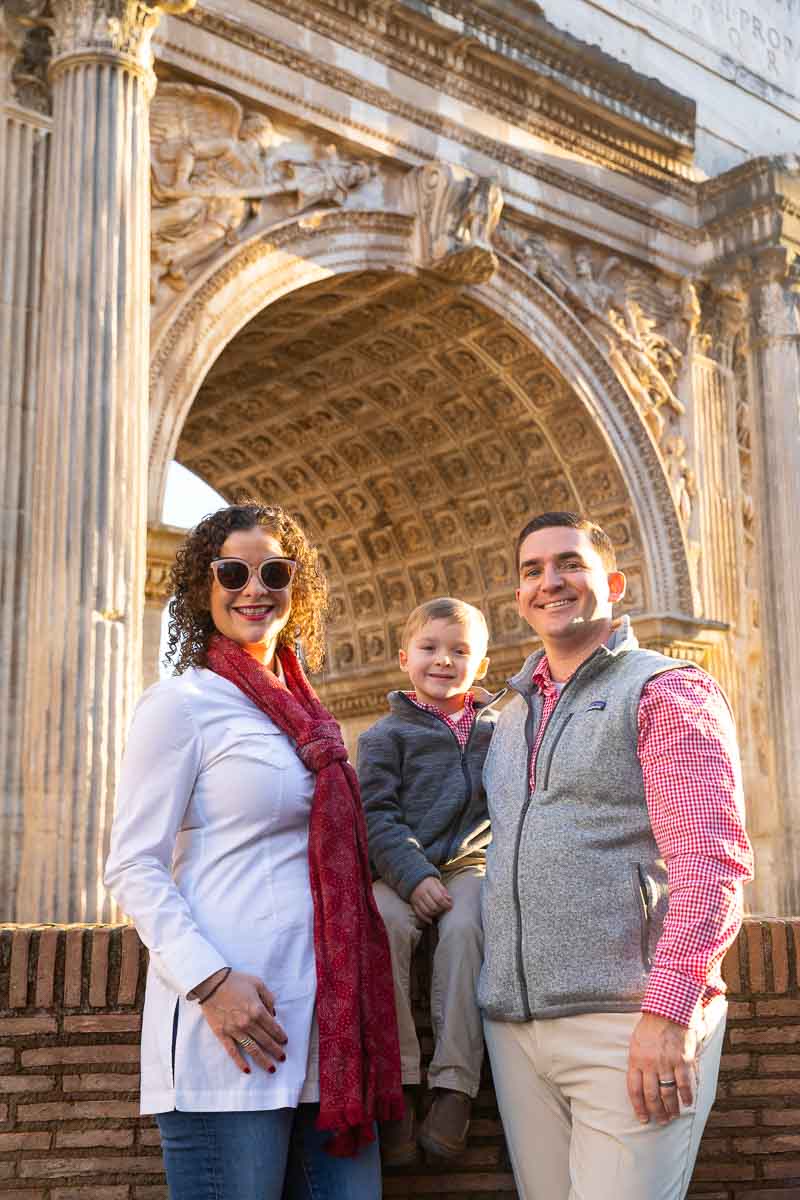 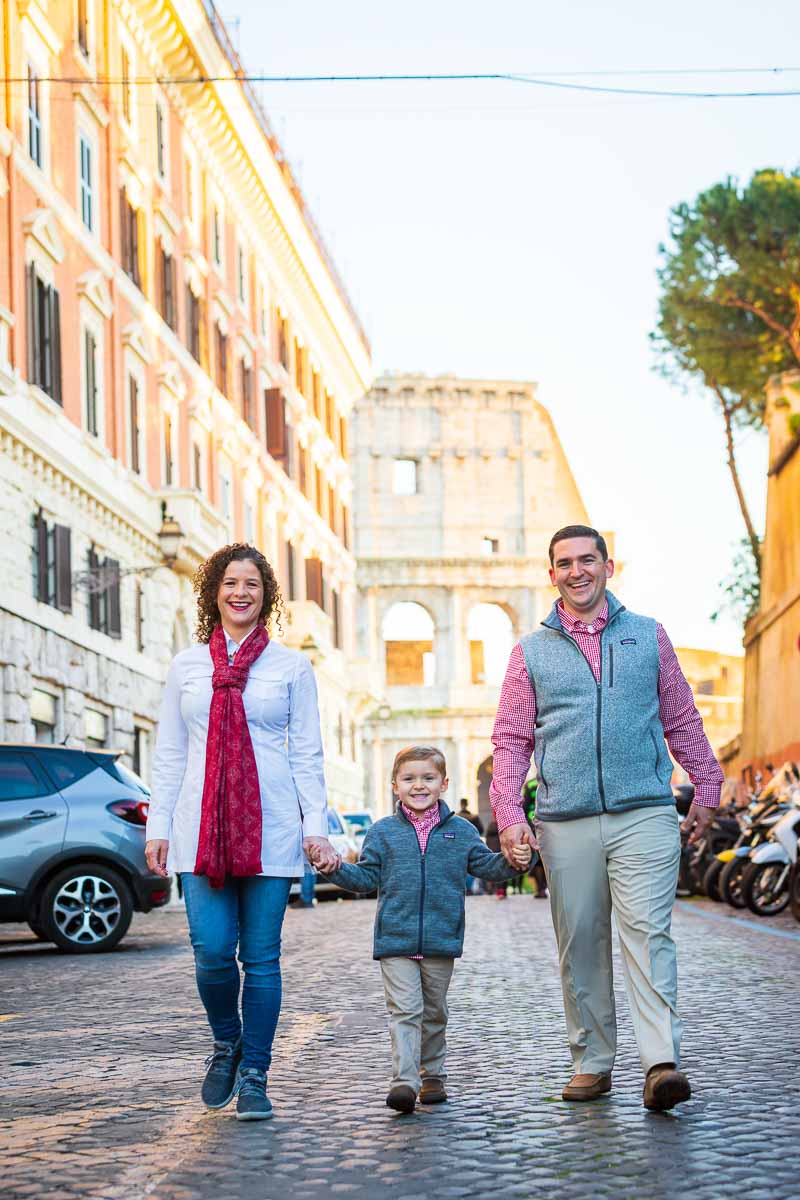 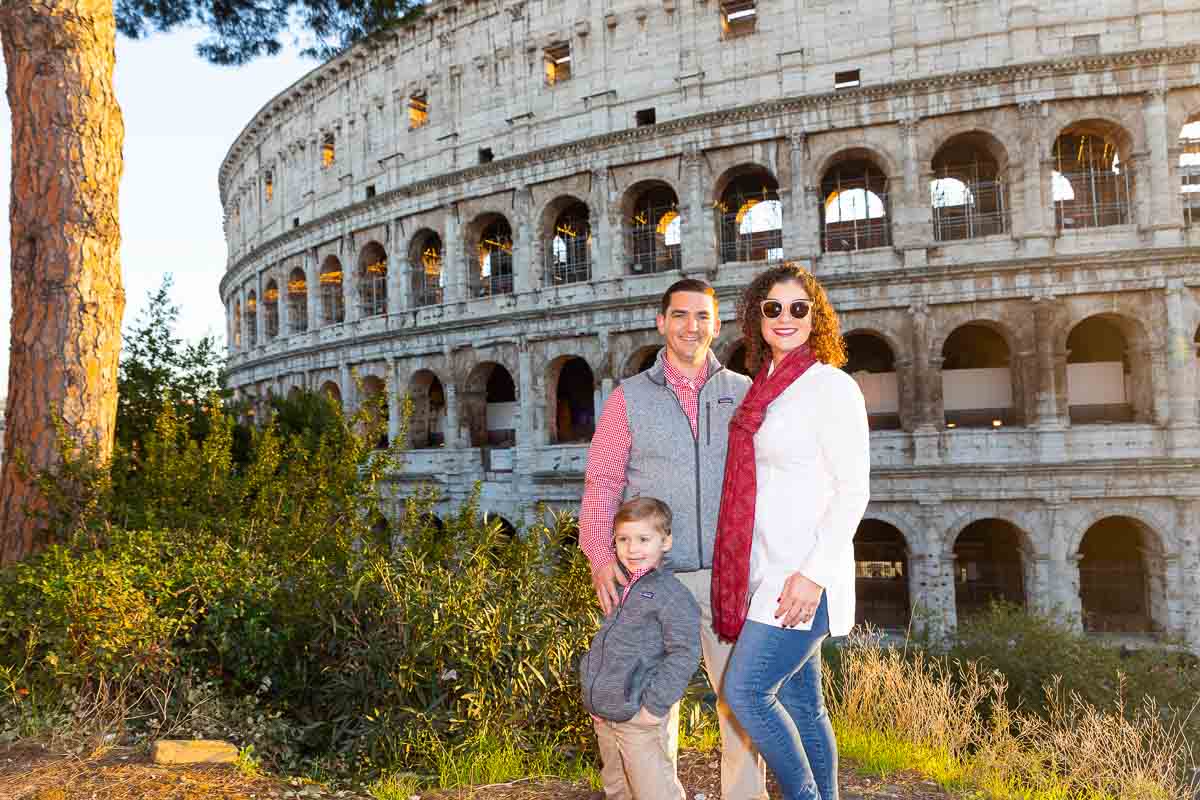 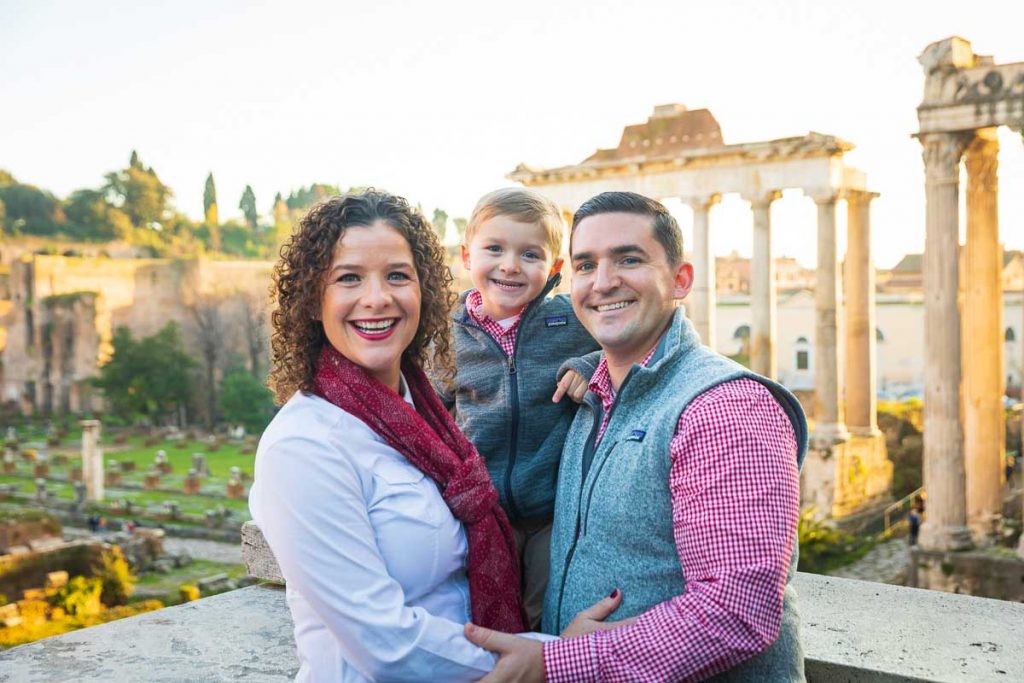 Visiting Rome during a vacation and bringing home unique and creative family photos from the Eternal city! 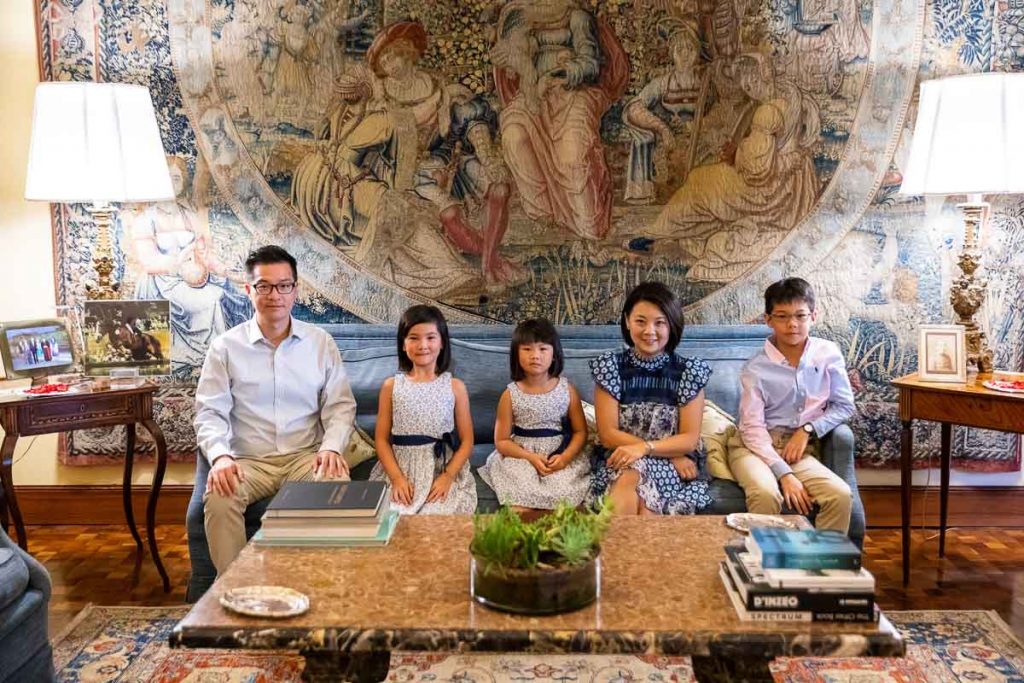