To begin this fabulous couple photoshoot in the early morning. Shooting on the bridge with the castle in the background. And with the sun shining light starting to come in from the far right. Including some nice photos of the engagement ring photographed framed against the ancient peperino rock engraving. Carrying the name of Ponte S. Angelo found at the head of the bridge. Then we started a nice walk around the city. And while walking we ran this really nice roman corner. Which I had been looking for for some time! As it has a really nice Rome atmosphere! So we took some nice engagement photos using an external light source. Carefully positioned on the stairs. To give off nice contouring light. 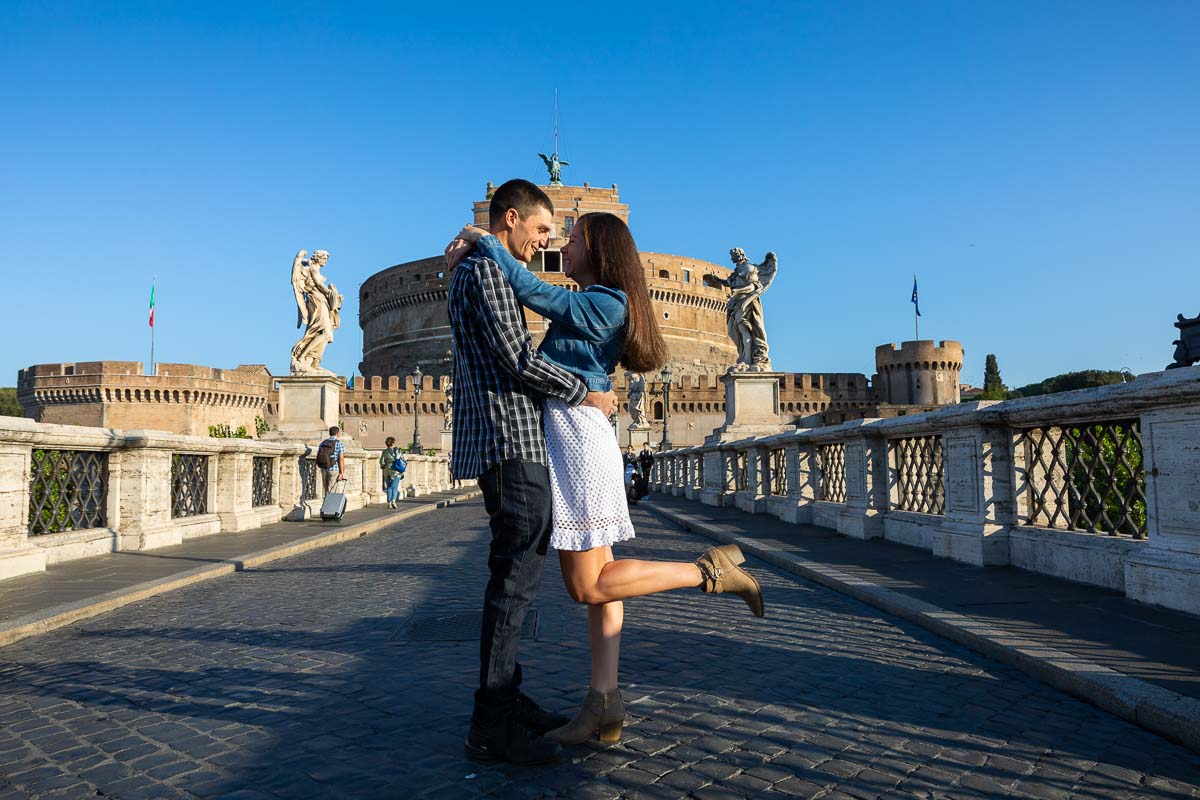 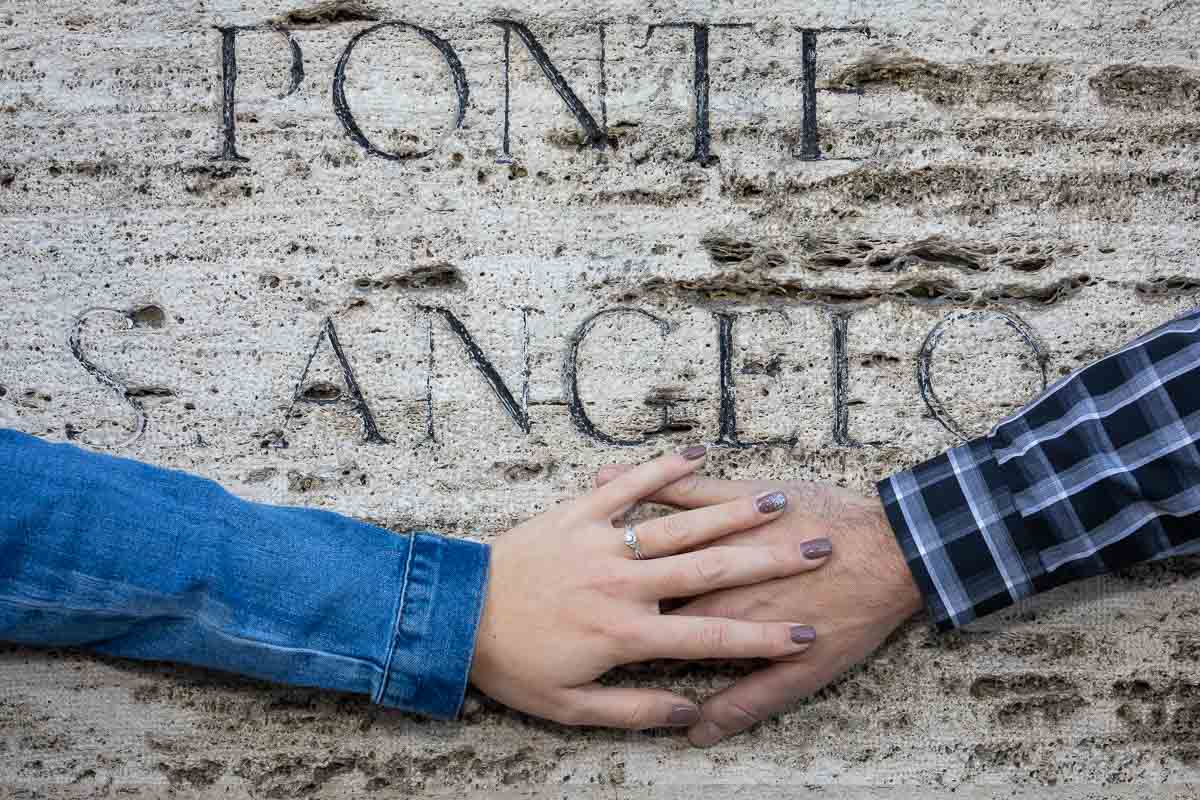 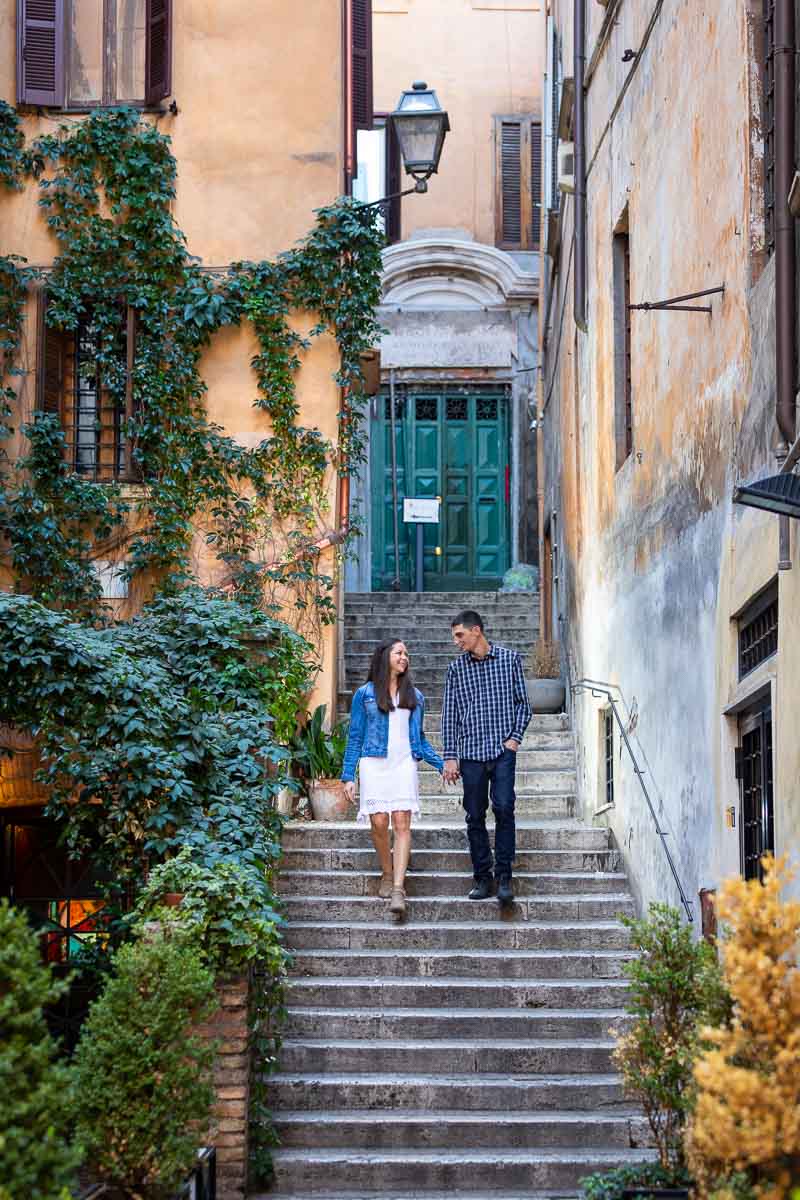 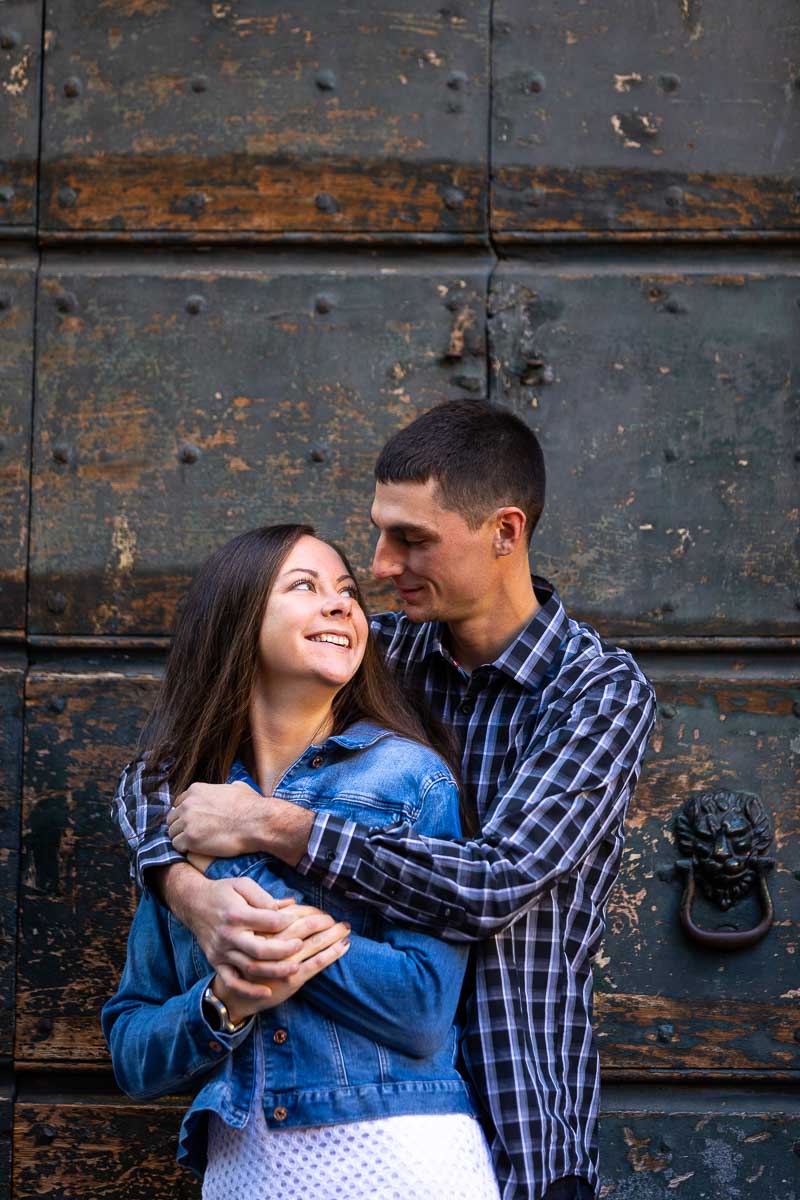 Then our walk continued in typical roman alleyways streets. Where we stopped here and there to take some nice portraits. Using ancient doorways and streets as background. Ultimately reaching Chiostro del Bramante. A beautiful cloister which worked as the perfect set! Finally entering Piazza navona from a side entrance. Shooting by the iconic fountains with some bench sitting down poses as well as some walking shots. Then we turned towards the Roman Pantheon.

But first we passed through Church San Ivo alla Sapienza. With its beautiful portico and courtyard. Taking some nice portraits and silhouette shots. At the Roman Pantheon we we able to shoot under the iconic Oculus with the light shining through from above. And some final portrait pictures by the obelisk water fountain found right in front. With the large massive monument as the perfect background! 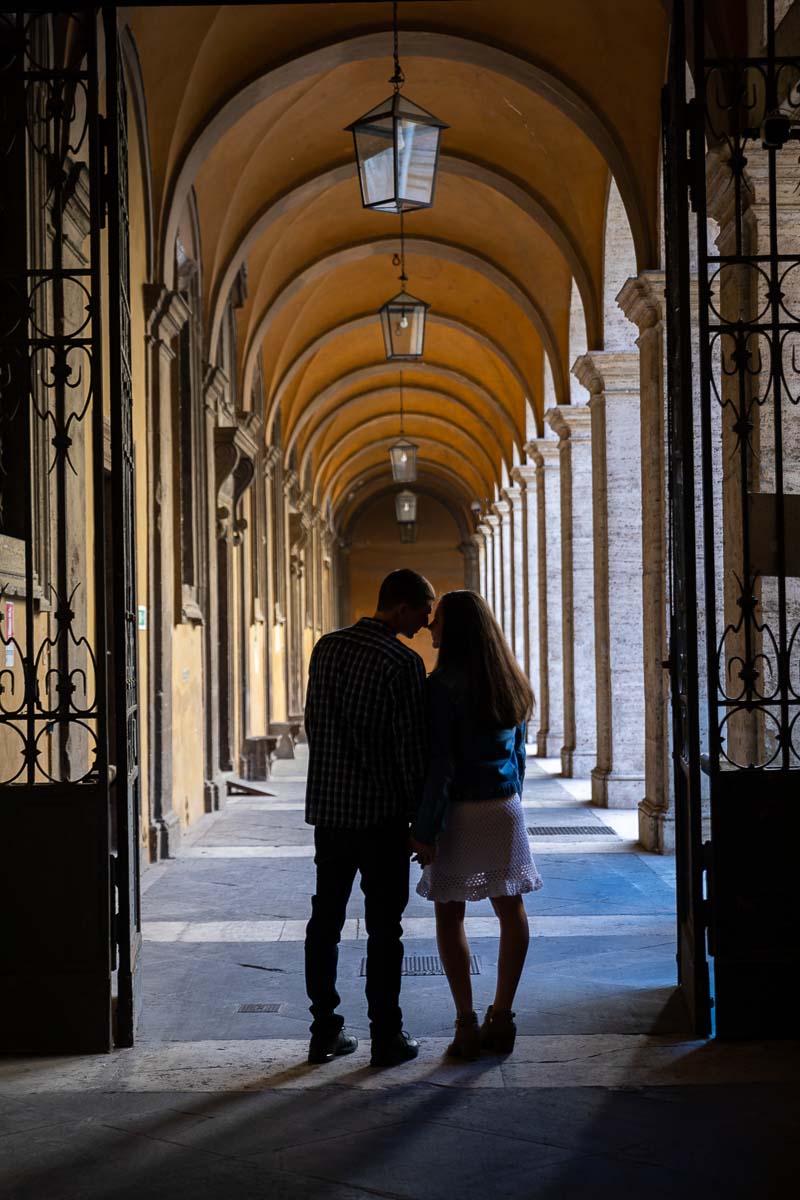 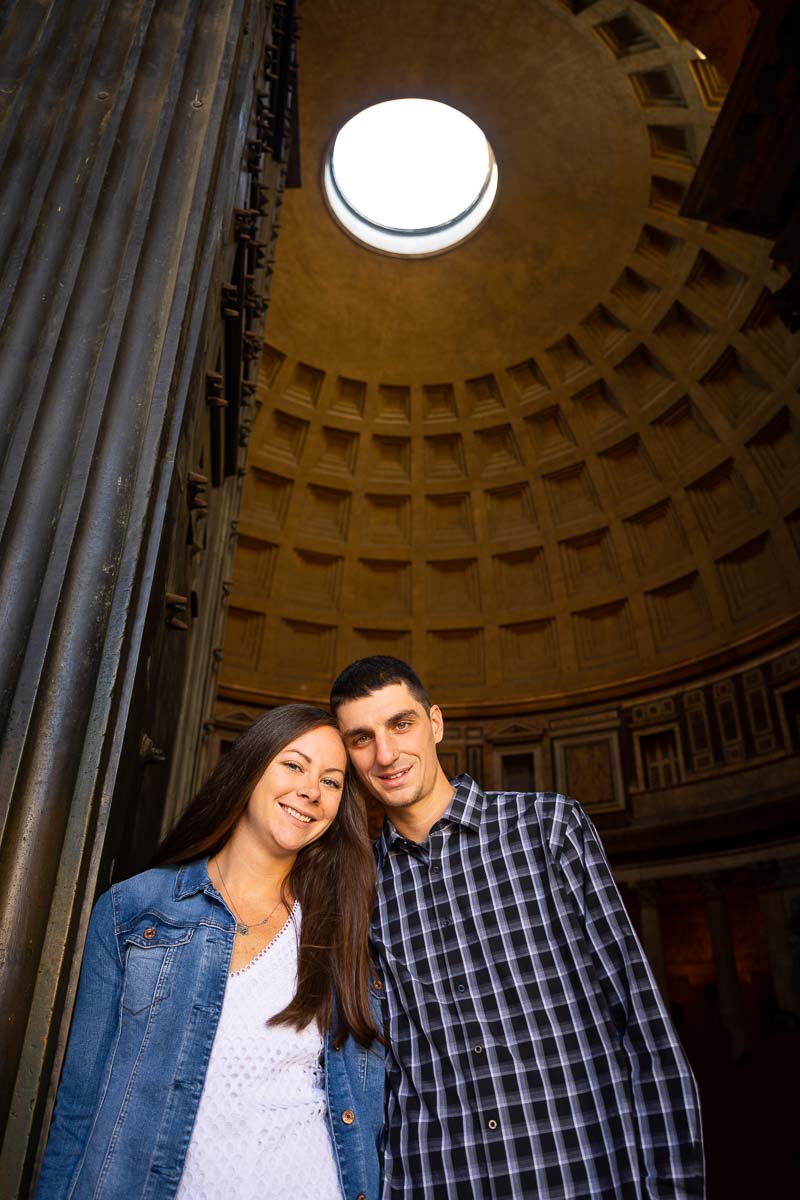 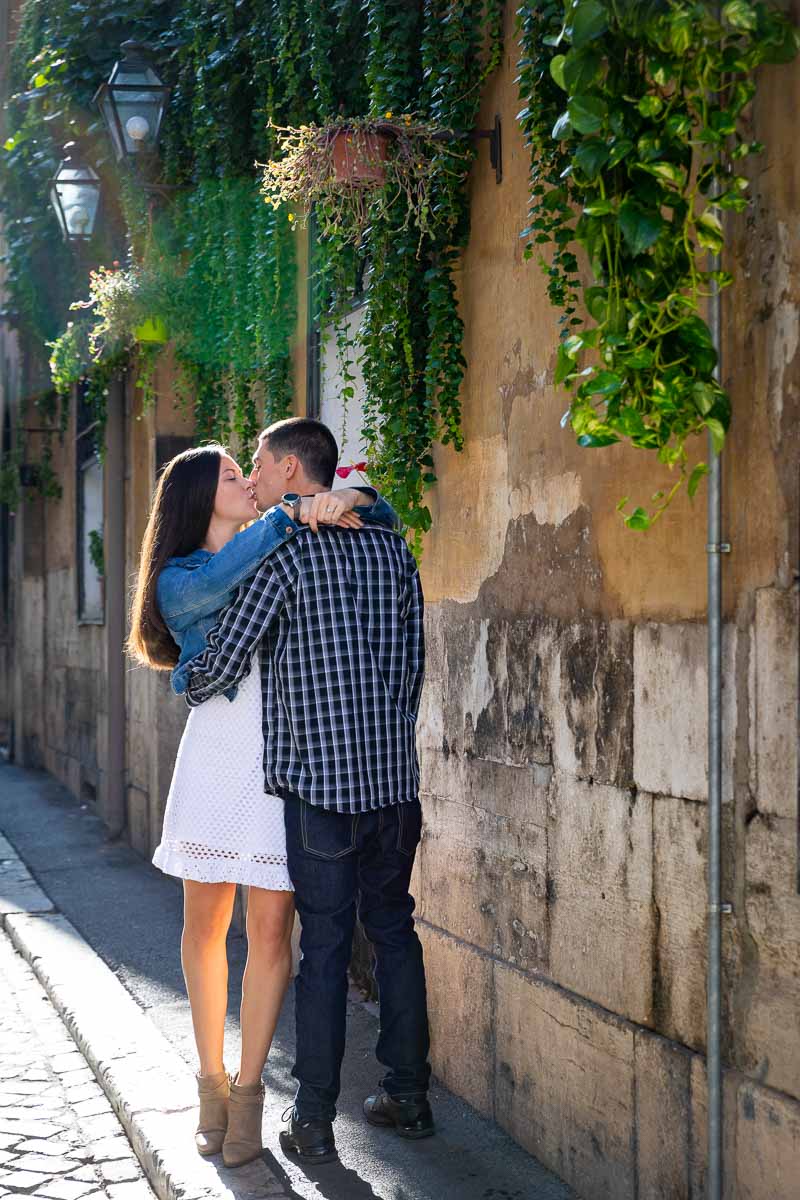 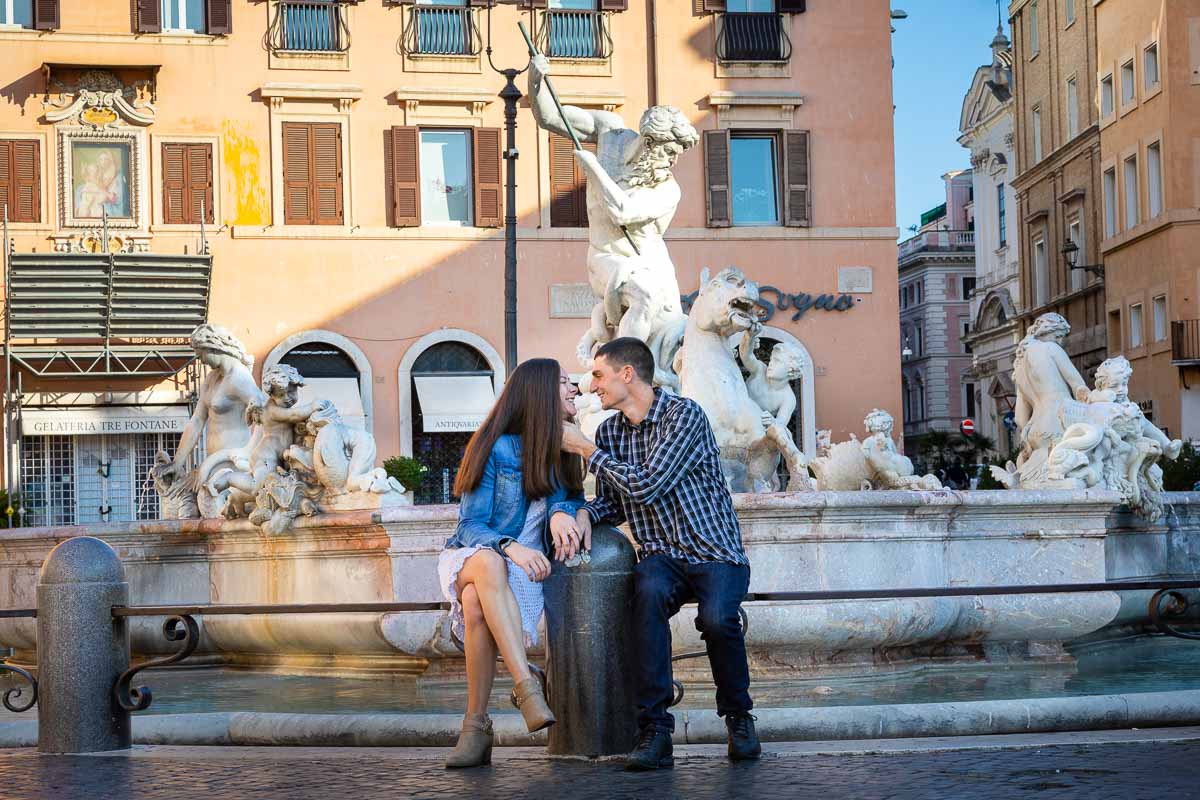 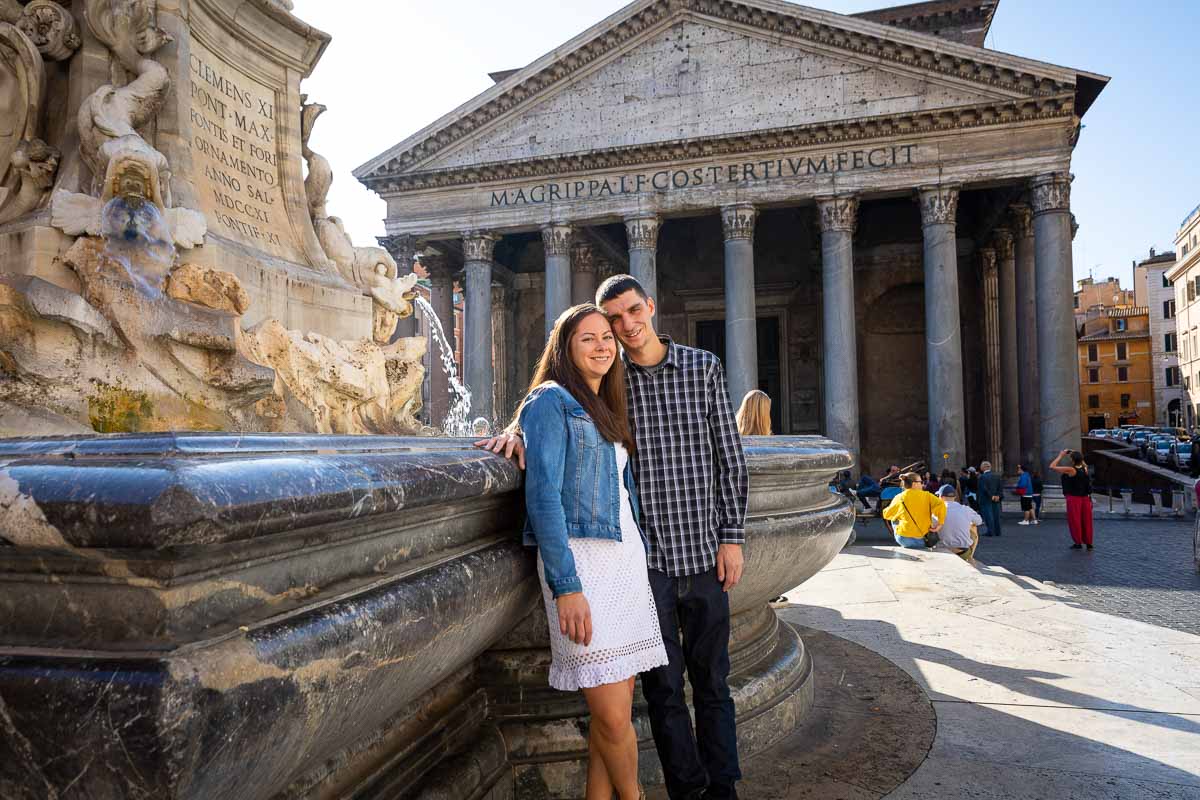