What a nice and beautiful moment we were able to recreate at the Trevi fountain in the early morning. Pictures at Fontana di Trevi like this can only be taken in the early morning. To avoid the excessive visitors that normally crowd around the fountain during the day time. So during the couple photo shoot we were also able to photograph a beautiful and romantic wedding marriage proposal right in the center of the fountain. Moving onto other spots to capture photos from different angles.

Later to head out on foot to the Spanish steps. Which was also still deserted, allowing us to also capture the beauty of this fantastic staircase. Shooting pictures at the bottom of the Barcaccia water fountain. And moving our way to the top of the staircase. Including different perspectives of the steps and of Church Trinita’ dei Monti. Concluding the couple photo session with a nice morning espresso coffee! 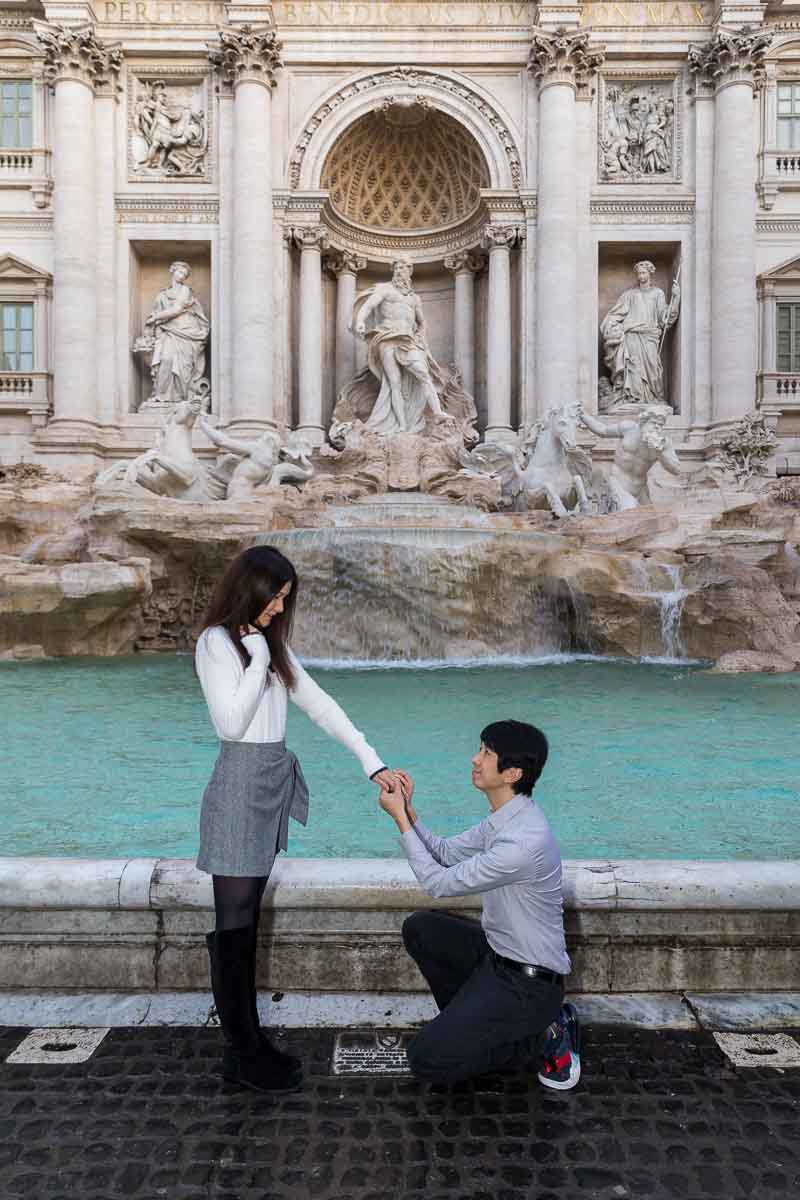 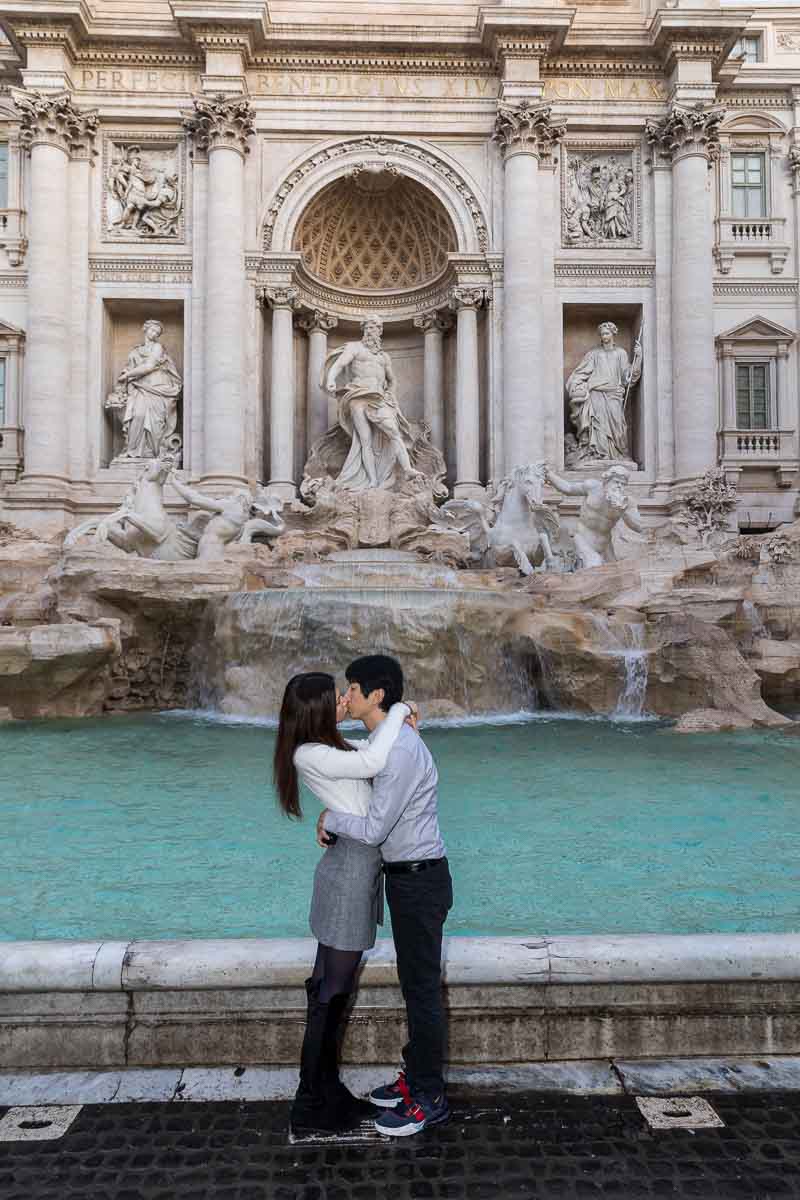 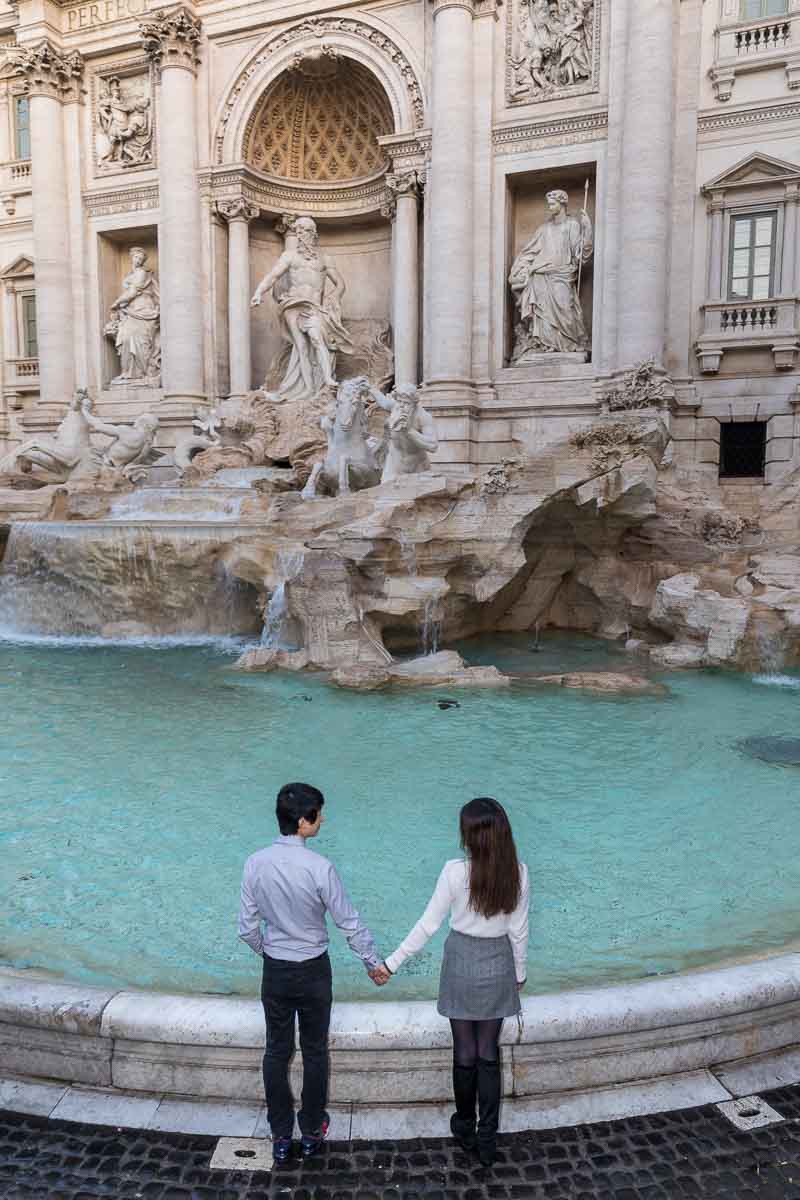 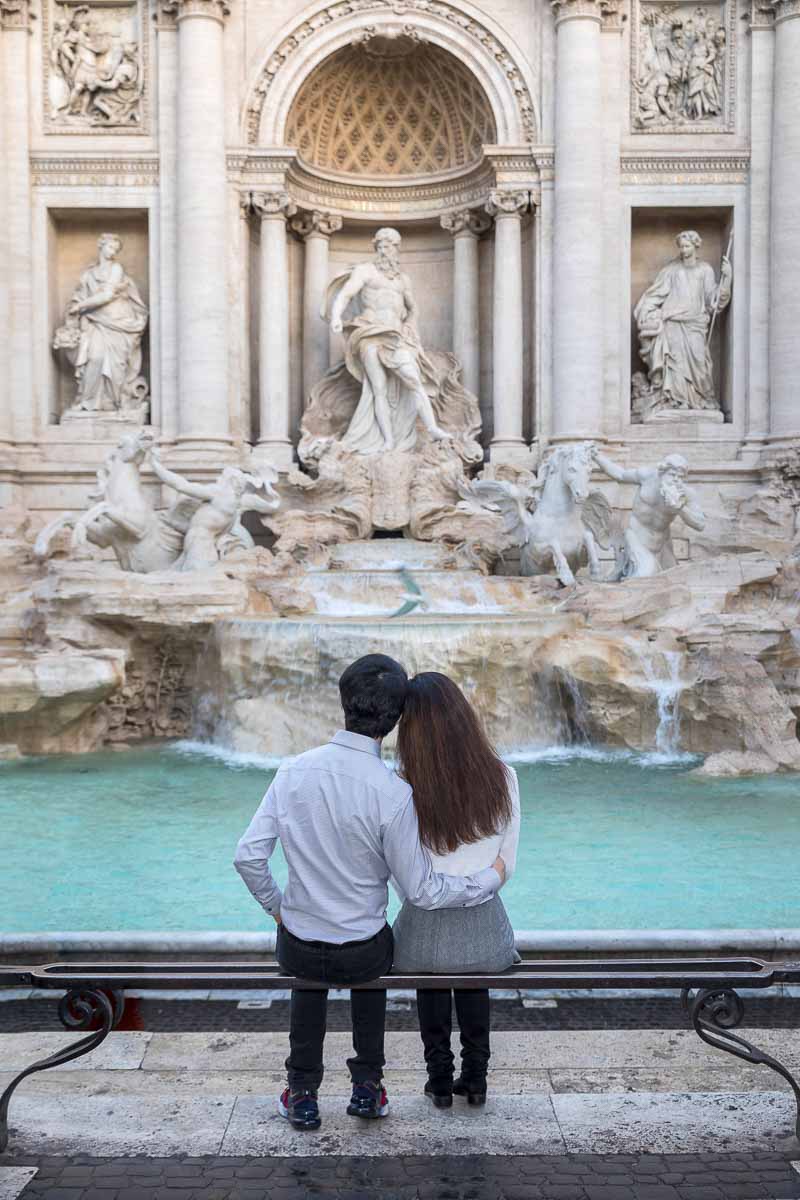 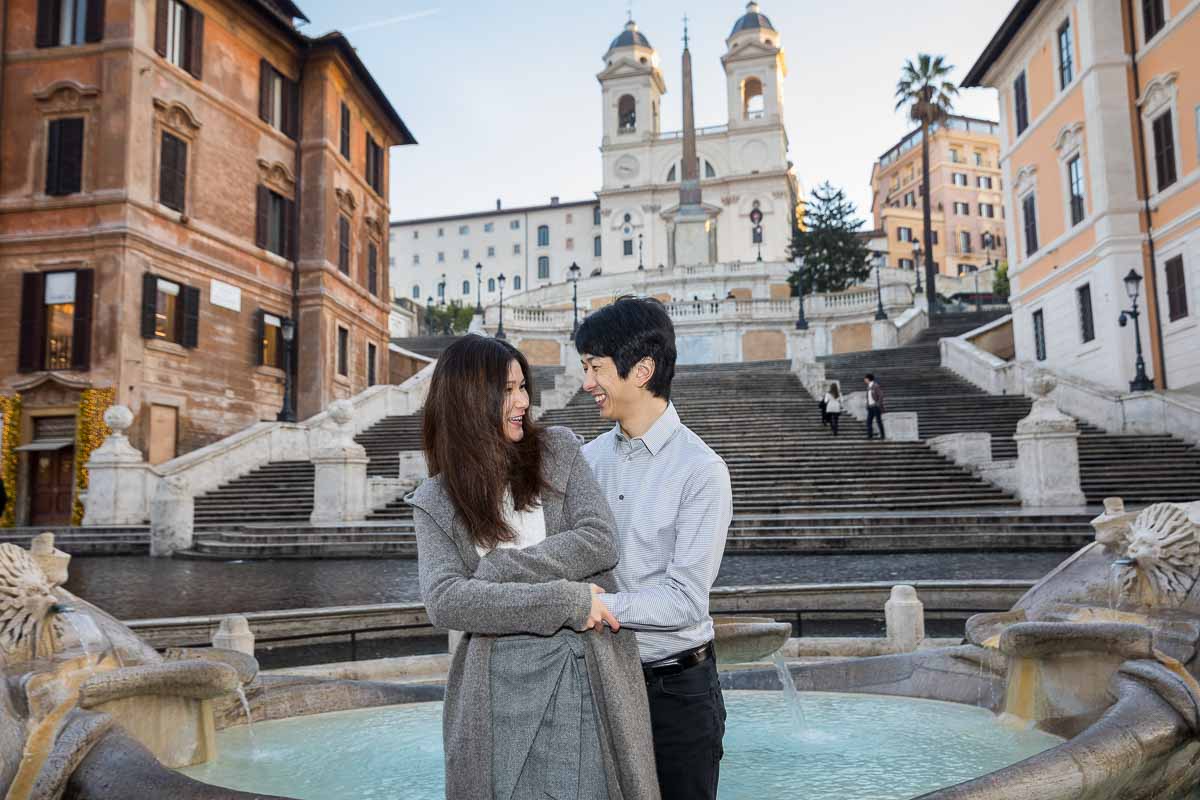 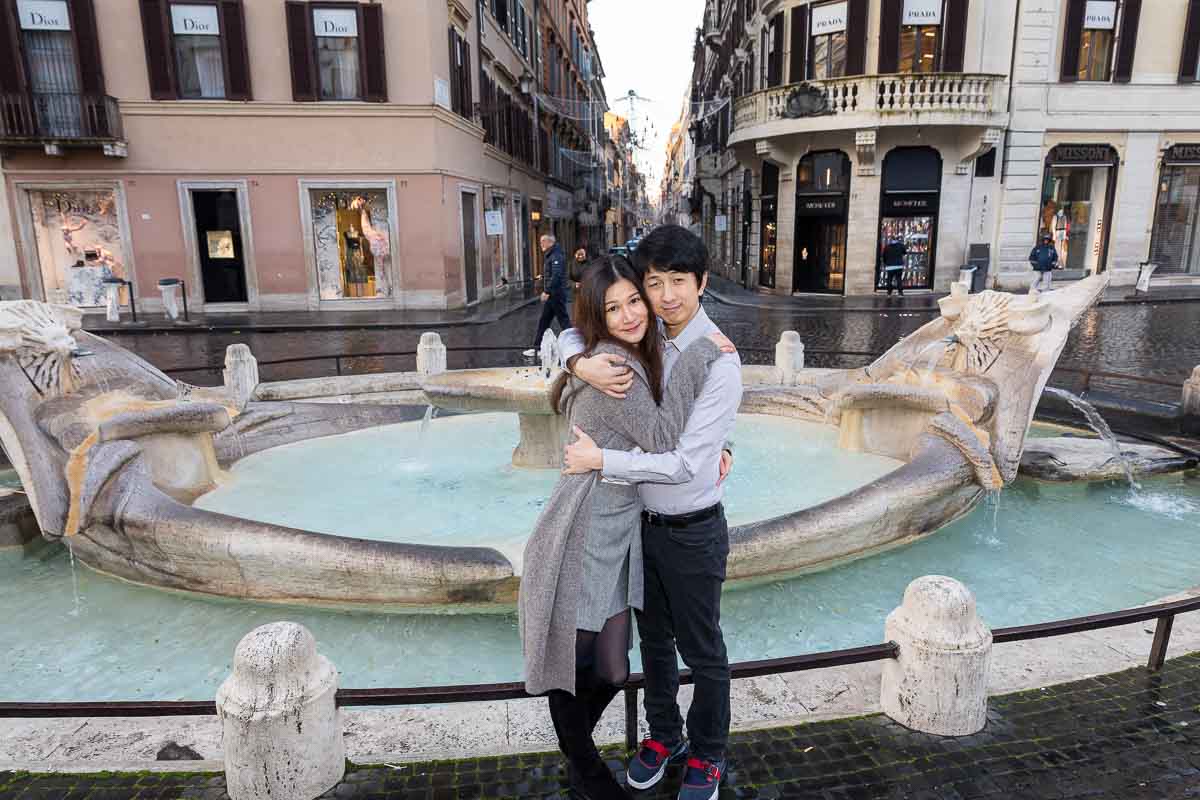 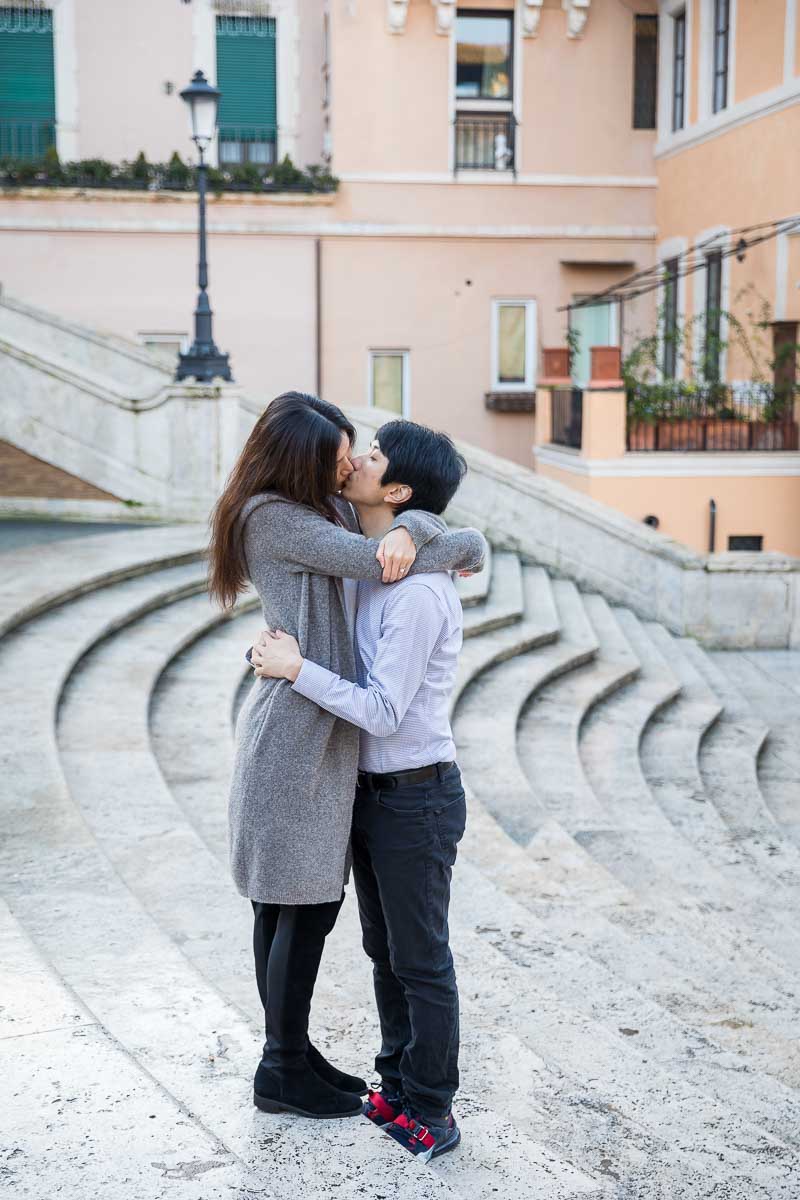 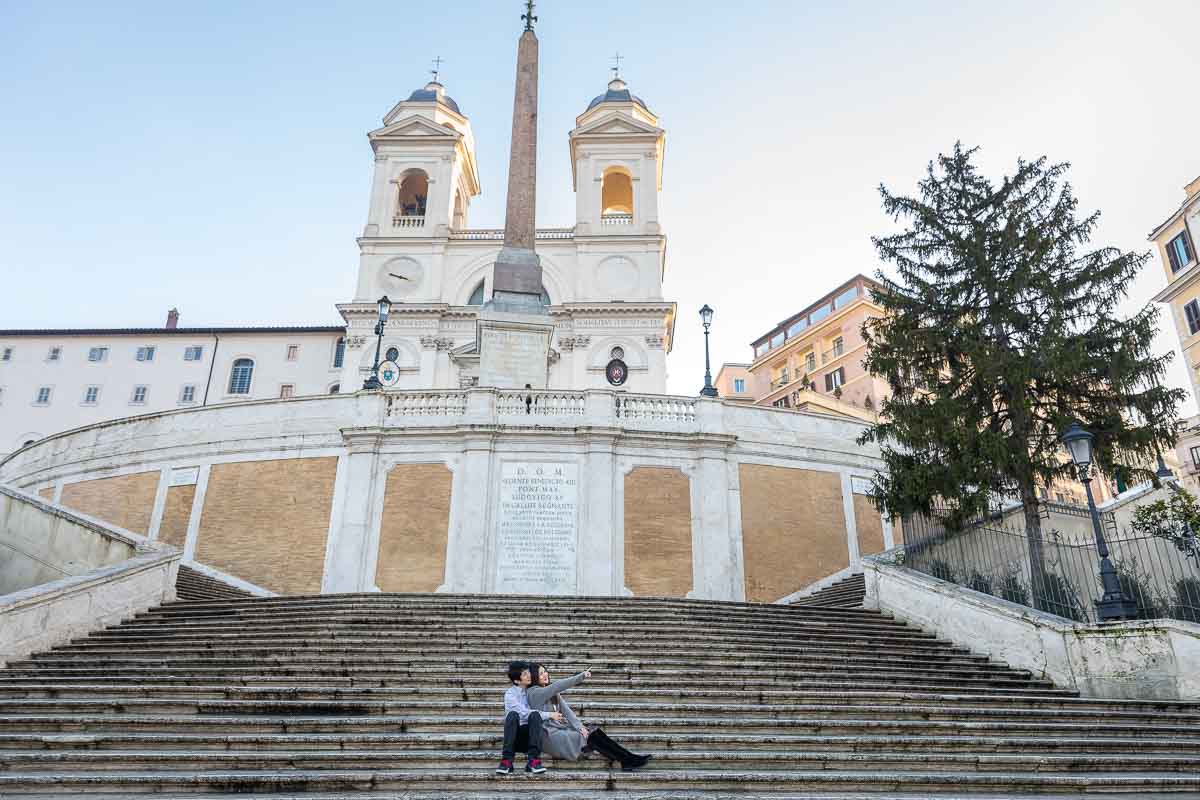 Article Name
Taking pictures together in the Eternal city
Description
A nice and scenic early morning photo session around the city of Rome. Visiting the Trevi fountain and the Spanish steps to celebrate a beautiful wedding proposal with a unique and creative couple engagement photos
Author
AM studio
Publisher
AM photographers
Publisher Logo