It was an early morning at Parco degli Aranci where this beautiful wedding ceremony took place. With nice smooth lighting shining on the belvedere terrare which was all to ourselves! The wedding ceremony was both intimate and heartfelt. And taking some nice pictures from there was easy with such a beautiful couple in love and the ancient city of Rome in background!

But let’s back up to the bride and groom preparation. Where the bride was skilfully prepared by Alexandra which did a fantastic job with both hair and makeup. This is where we started with the photography service taking both pictures as well as video. Then we had the first look down in the hotel lobby. And after the ceremony the bride and groom session followed: taking photo and video at the Orange Garden where there are many beautiful views and unique backgrounds to use.

We hopped back in the car and the driver took us to the Trevi fountain for the newlyweds shots. It was still early morning. Early enough not have too many people around. But not too early as to have the fountain still in the morning shade. So the pictures were beautifully lit.

Our next stop was Piazza del Campidoglio with a spectacular view over the ancient roman ruins. Taking unique portrait pictures also next to large marble statues and wide scenic staircases. Our last stop was the Roman Colosseum which we used as iconic backdrop to some bride and groom shots. And where the destination wedding ended. But not before taking some last silhouette images! 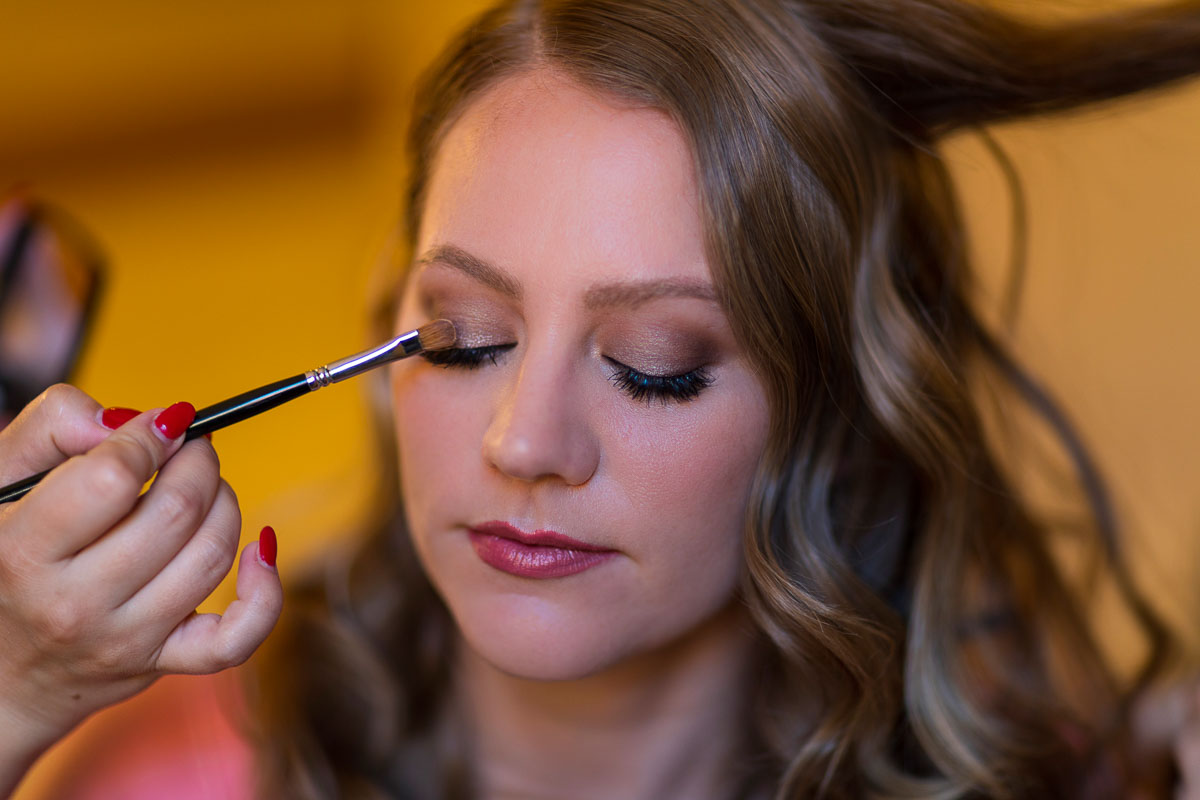 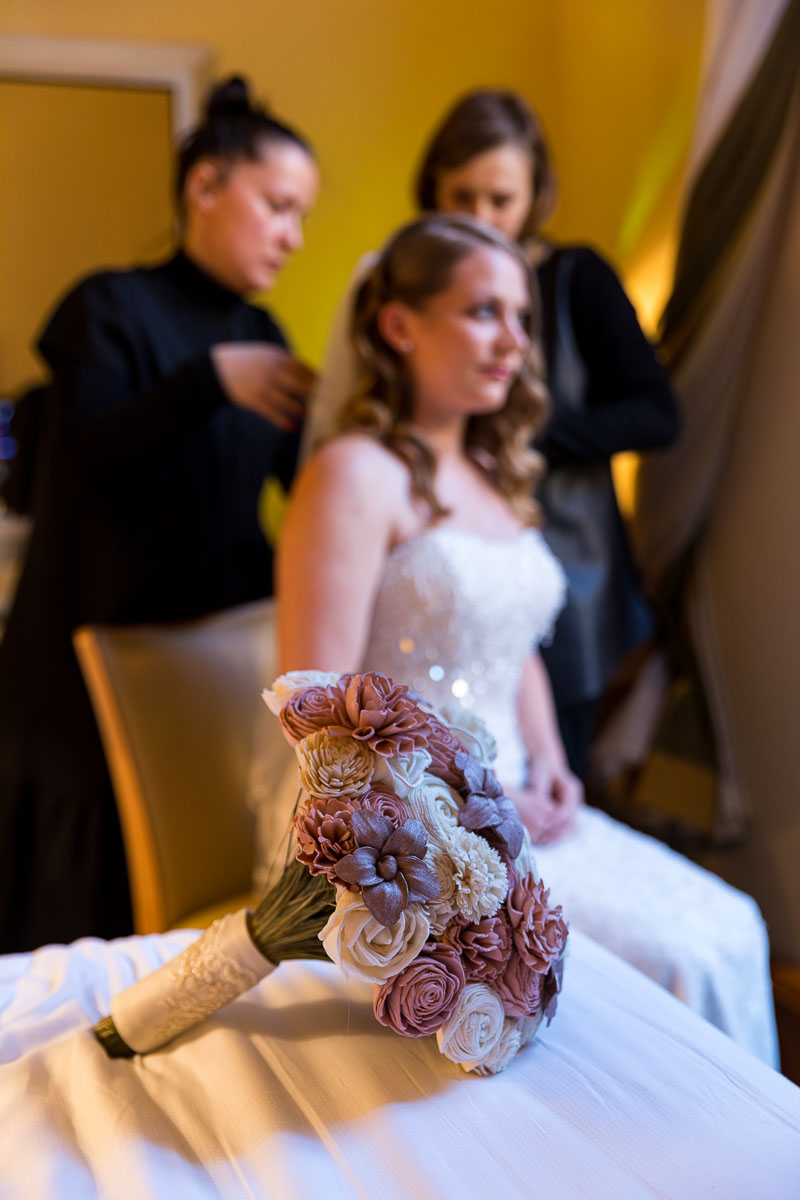 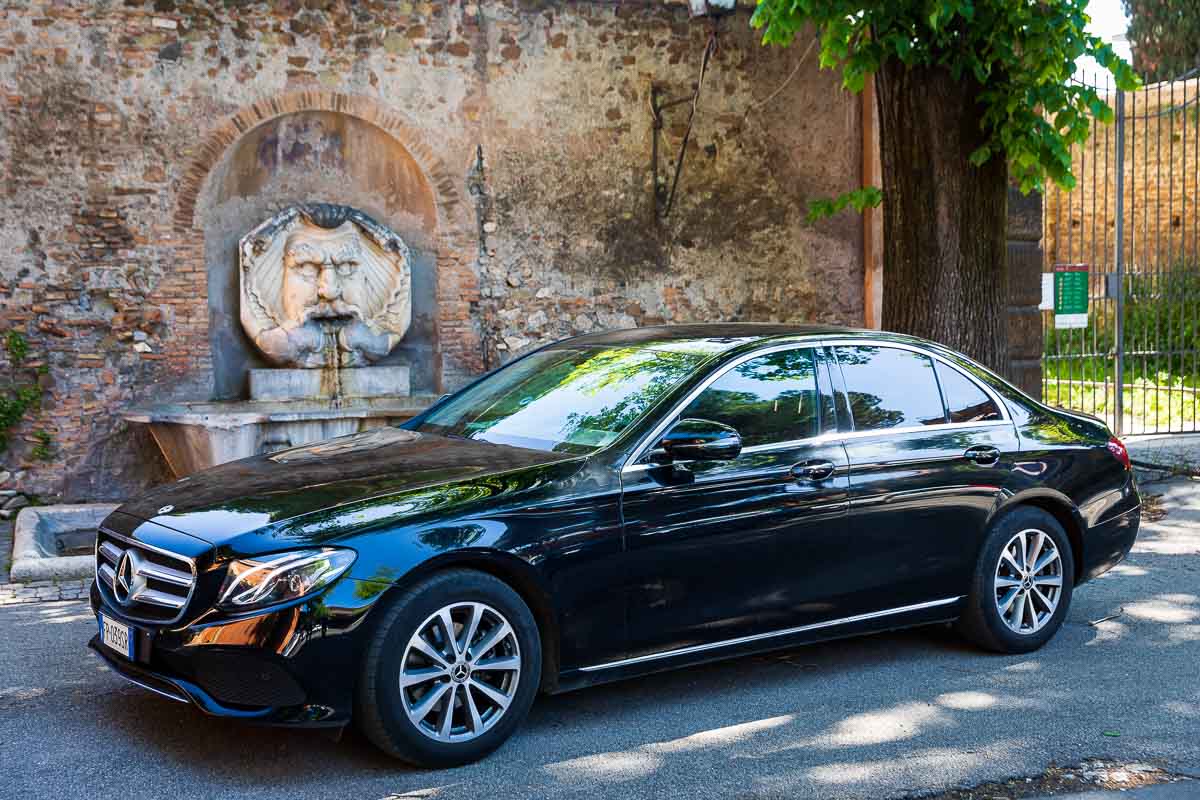 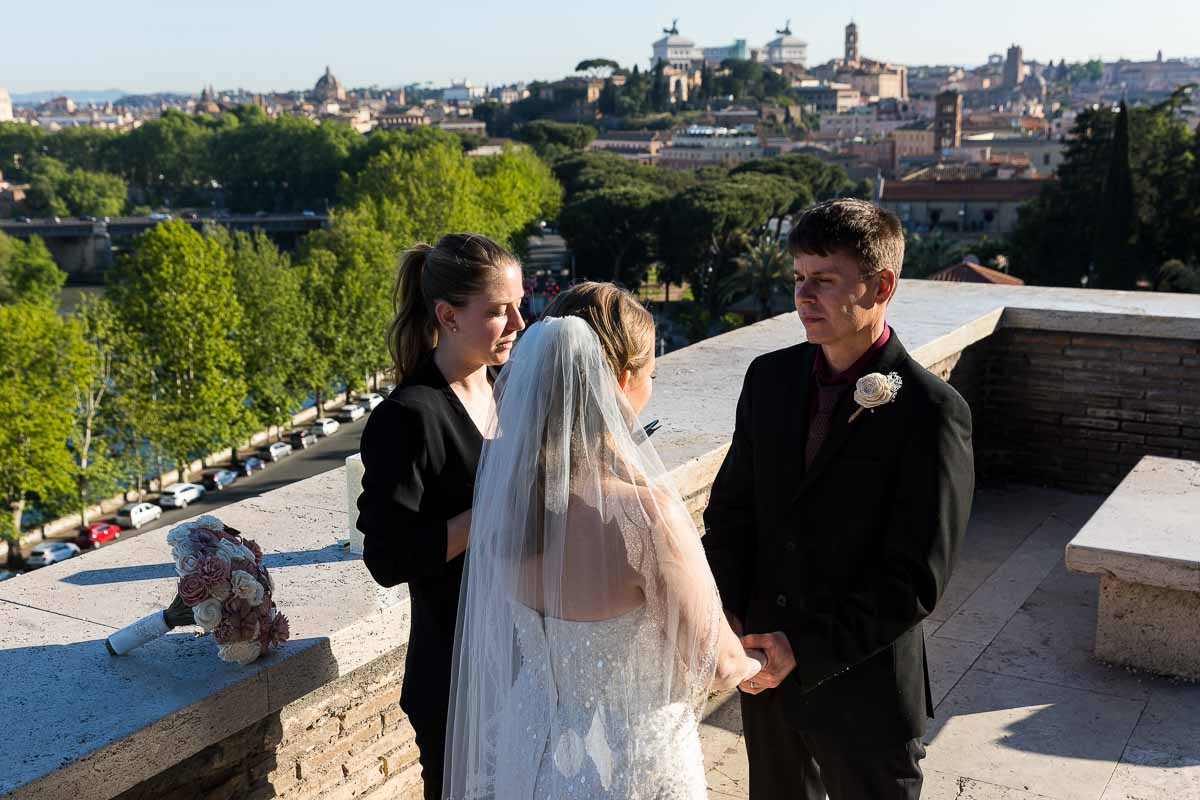 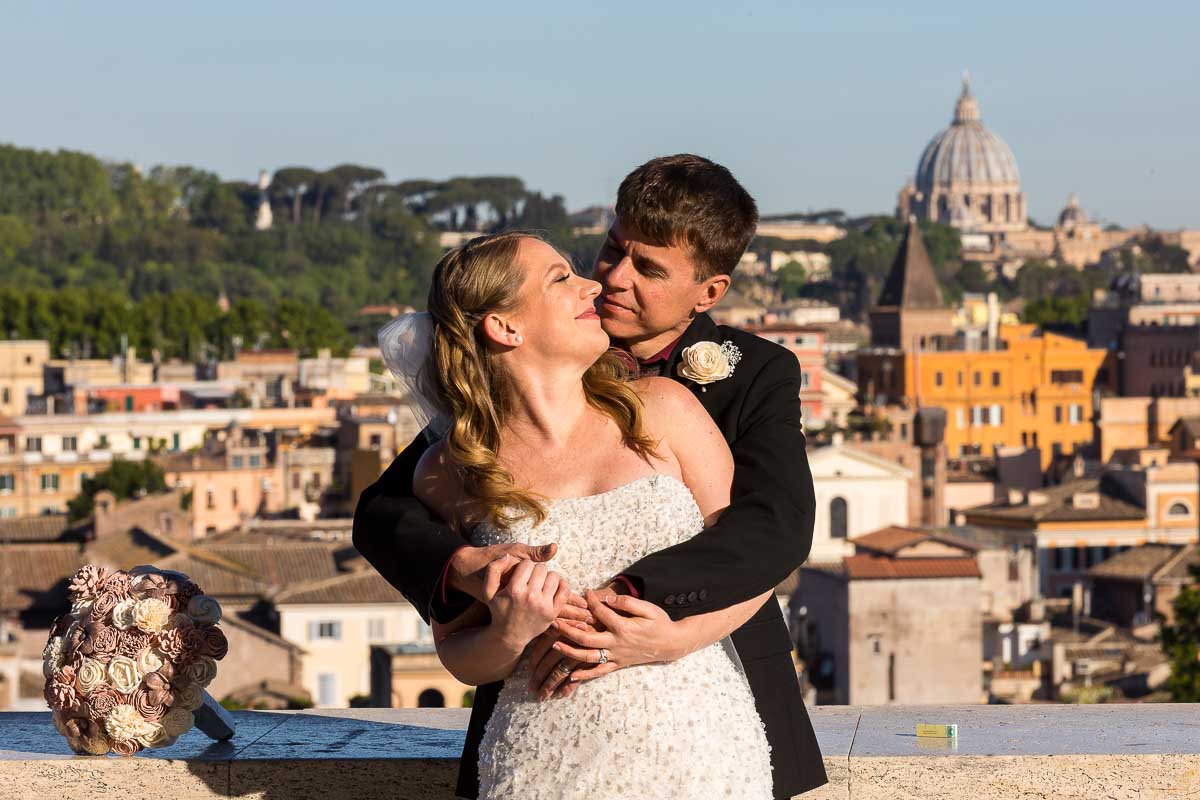 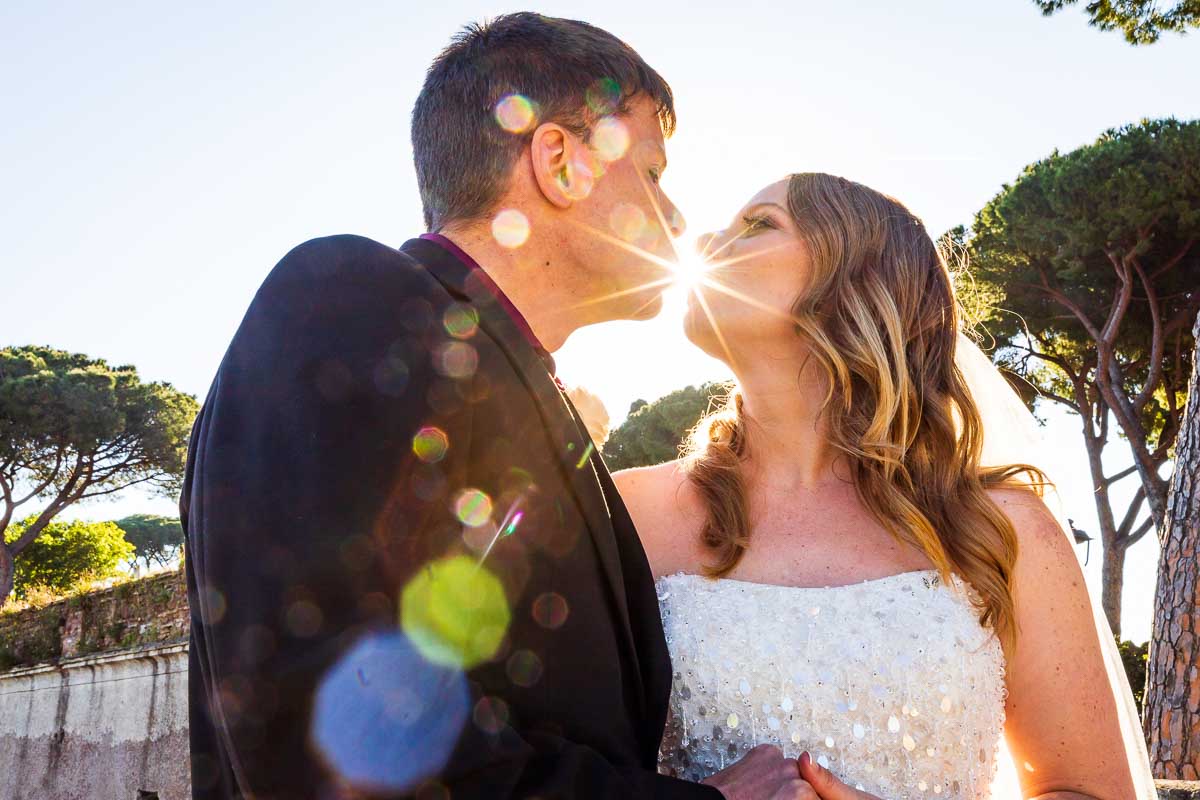 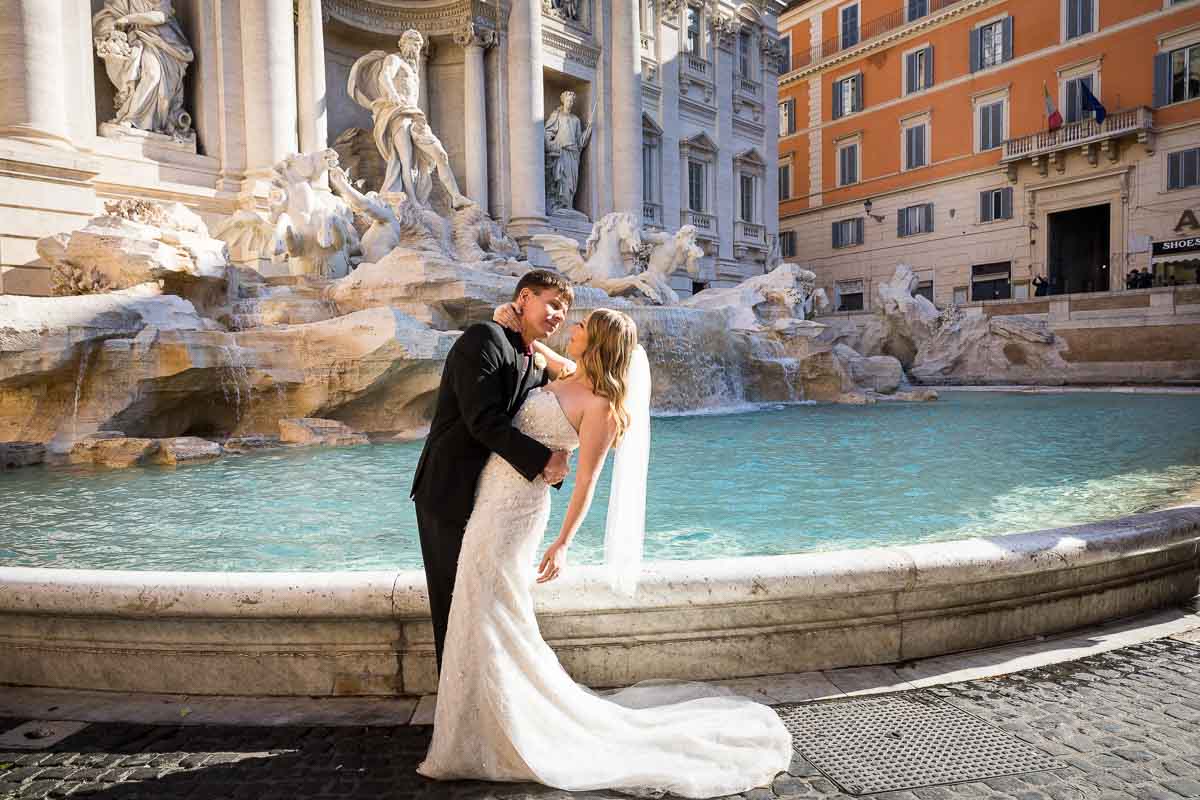 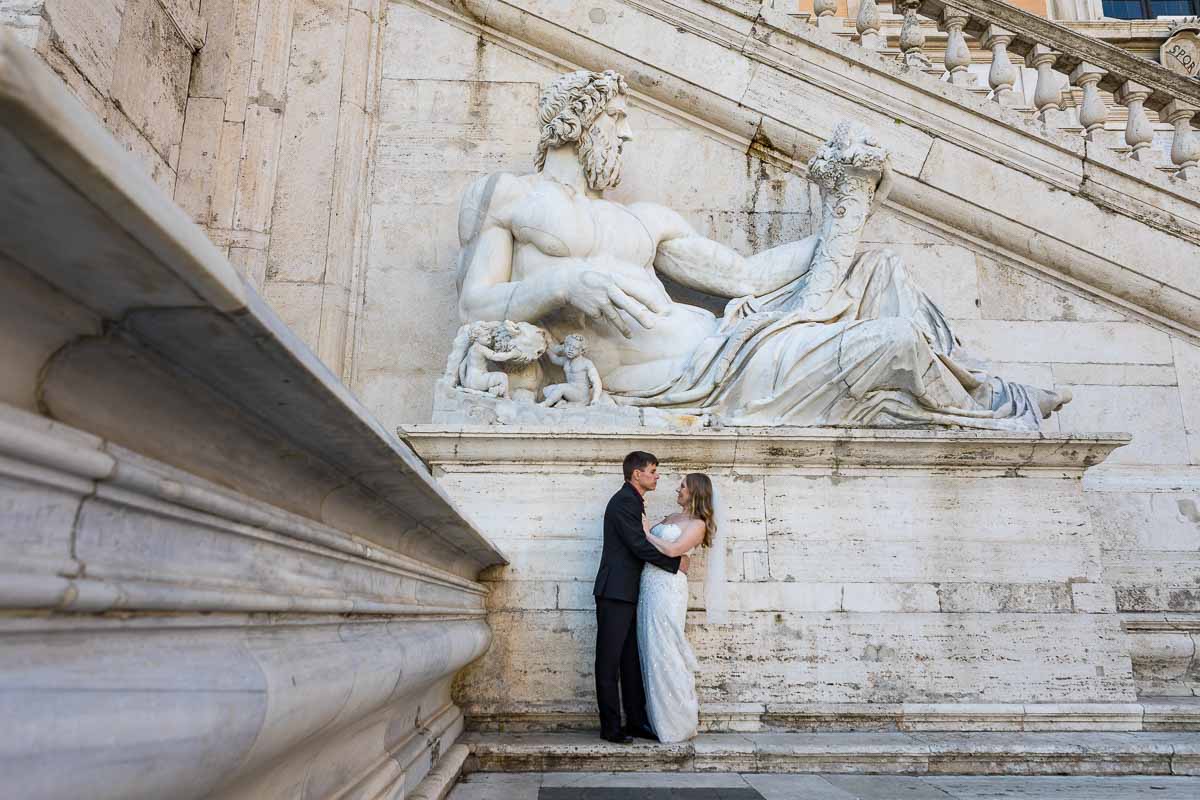 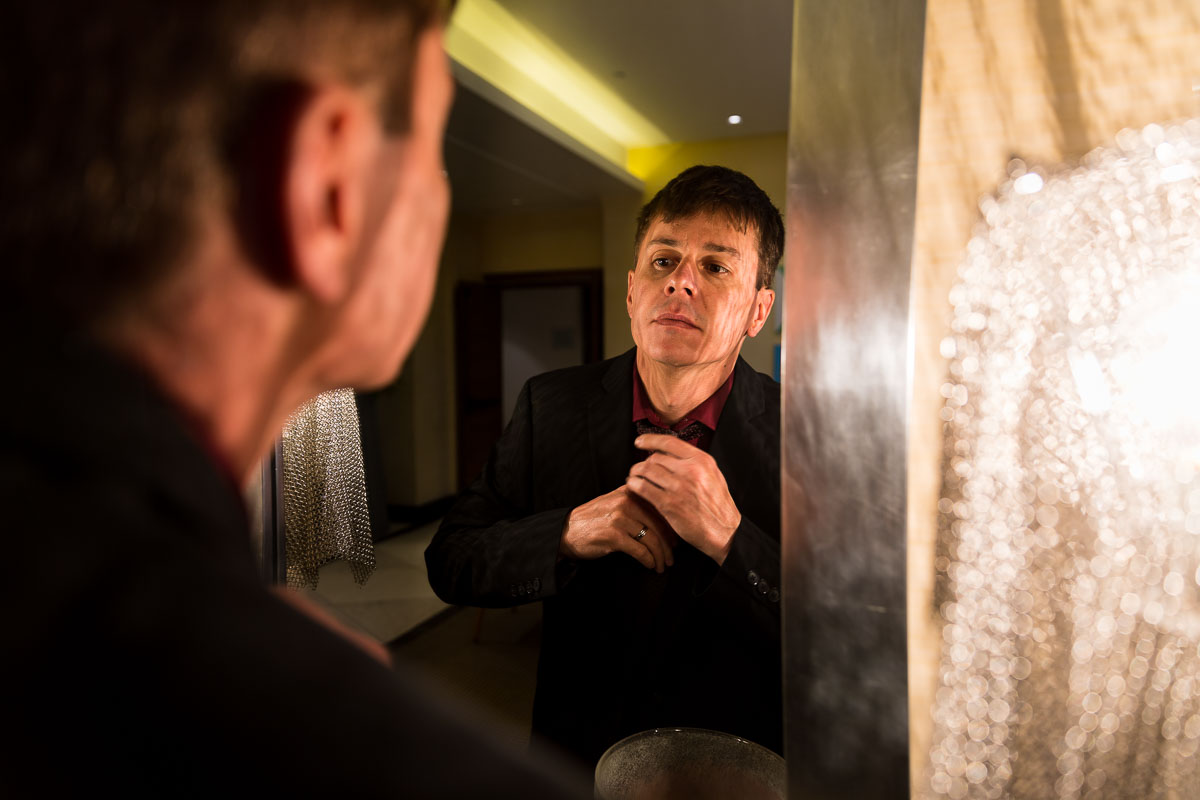 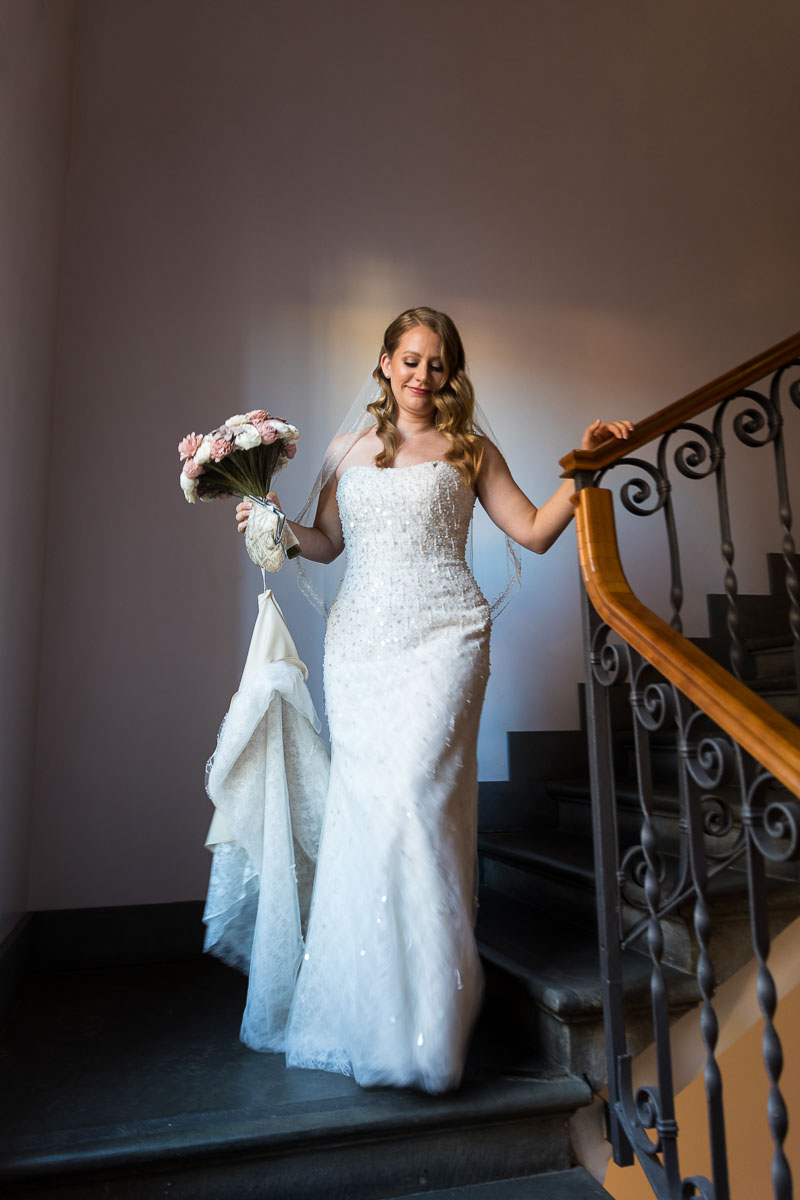 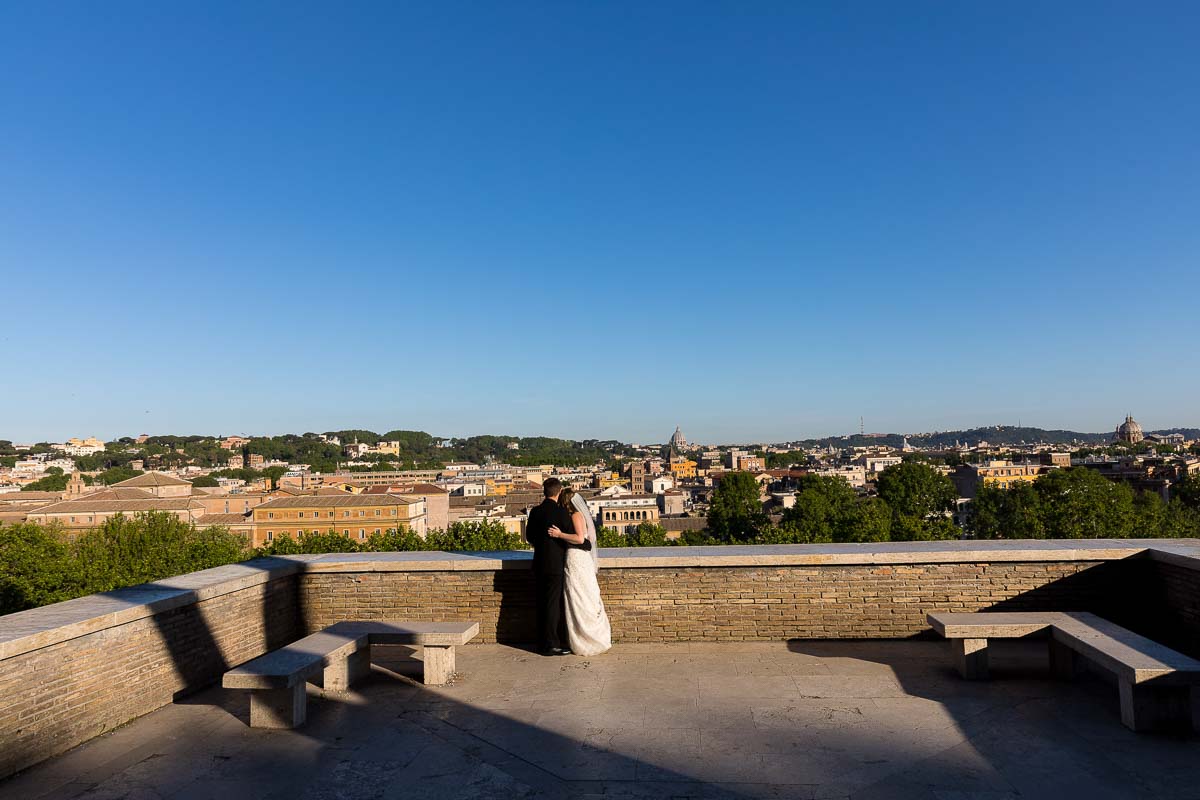 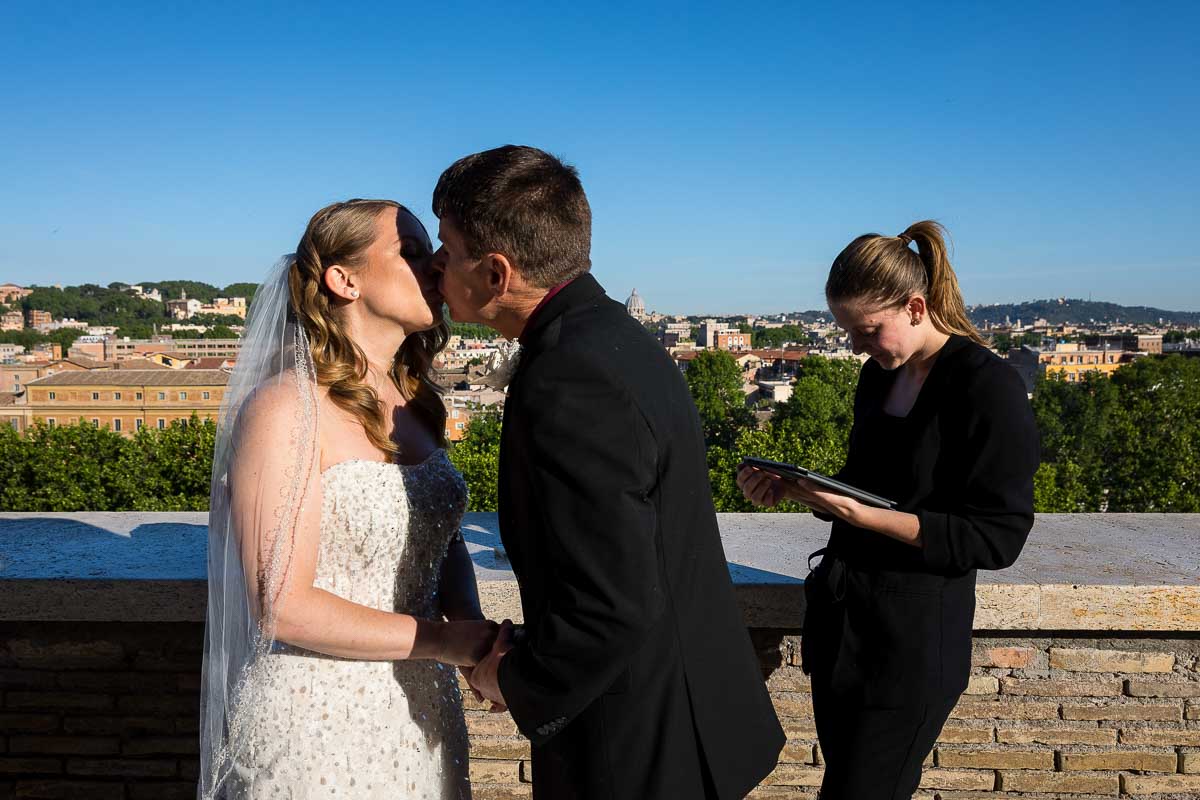 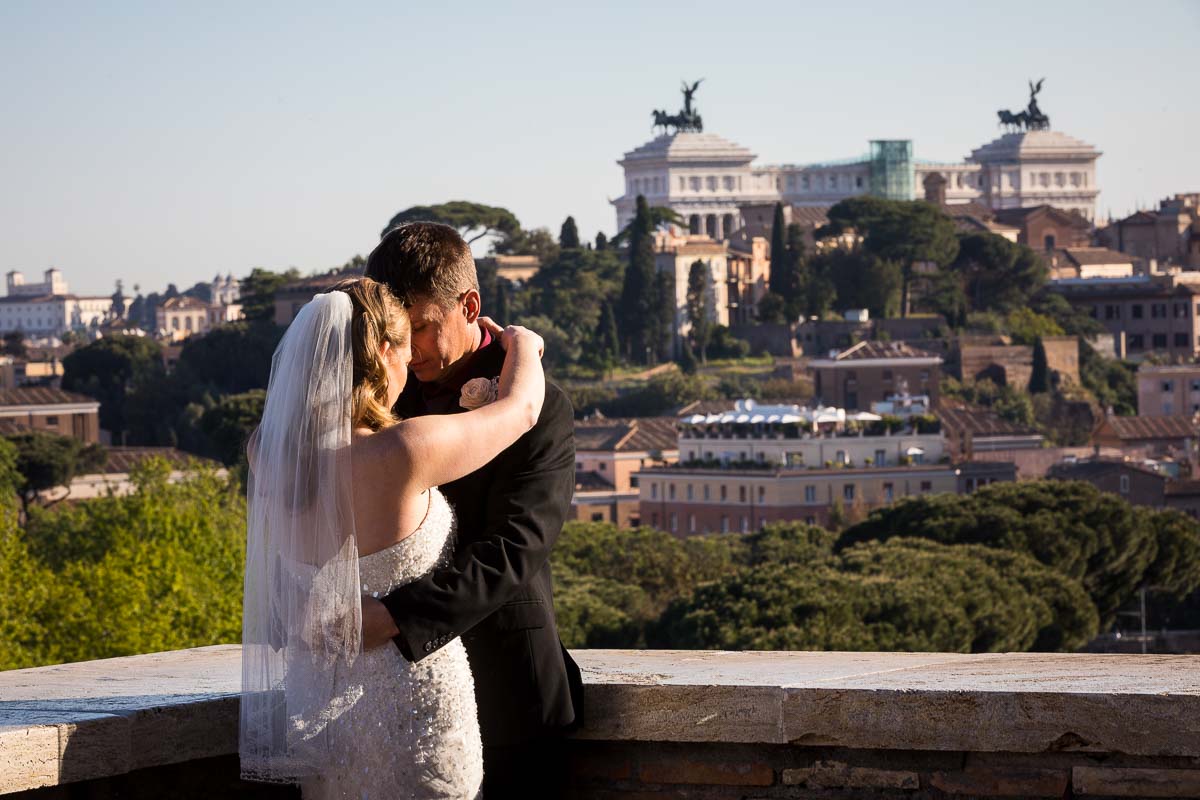 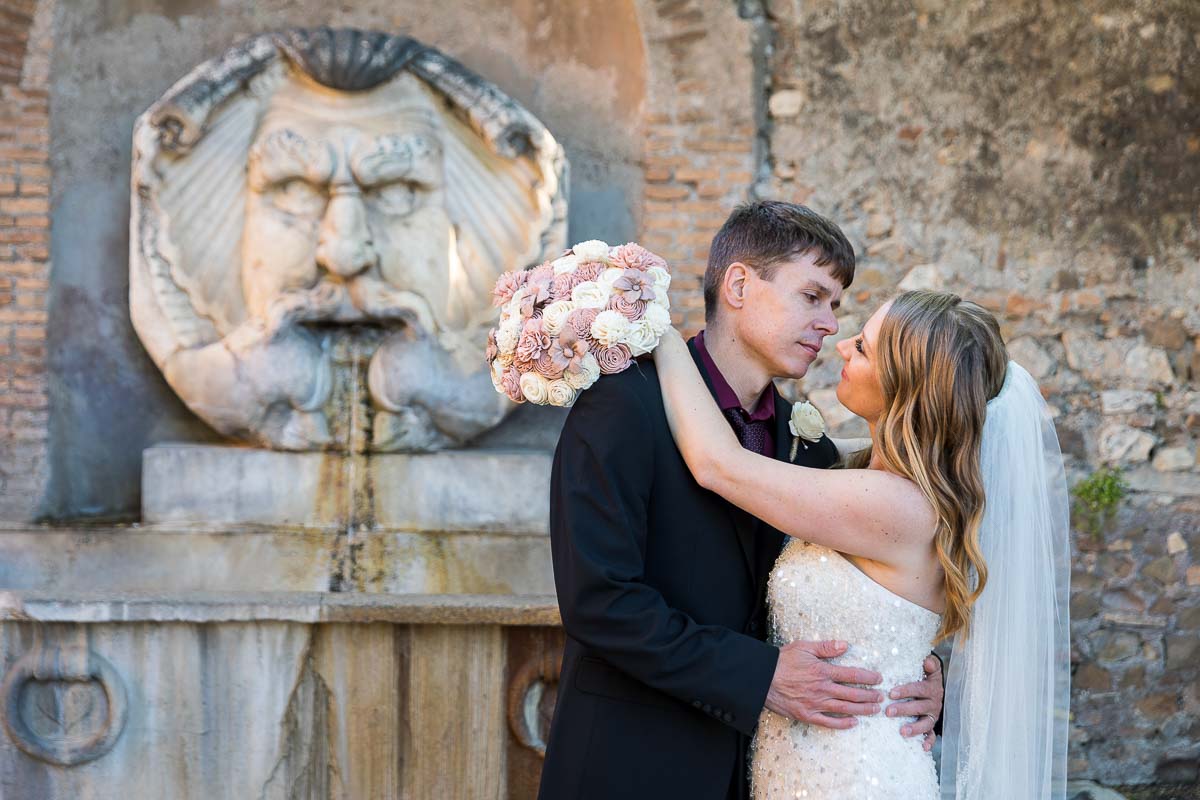 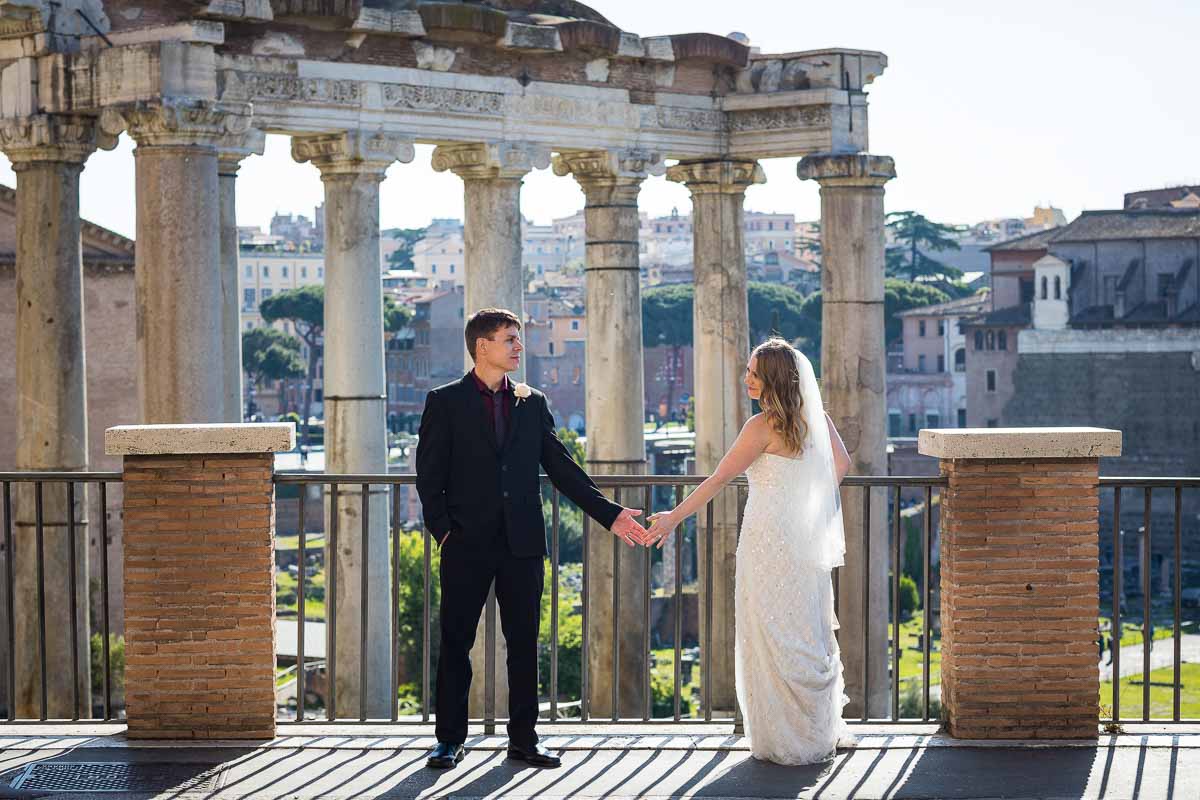 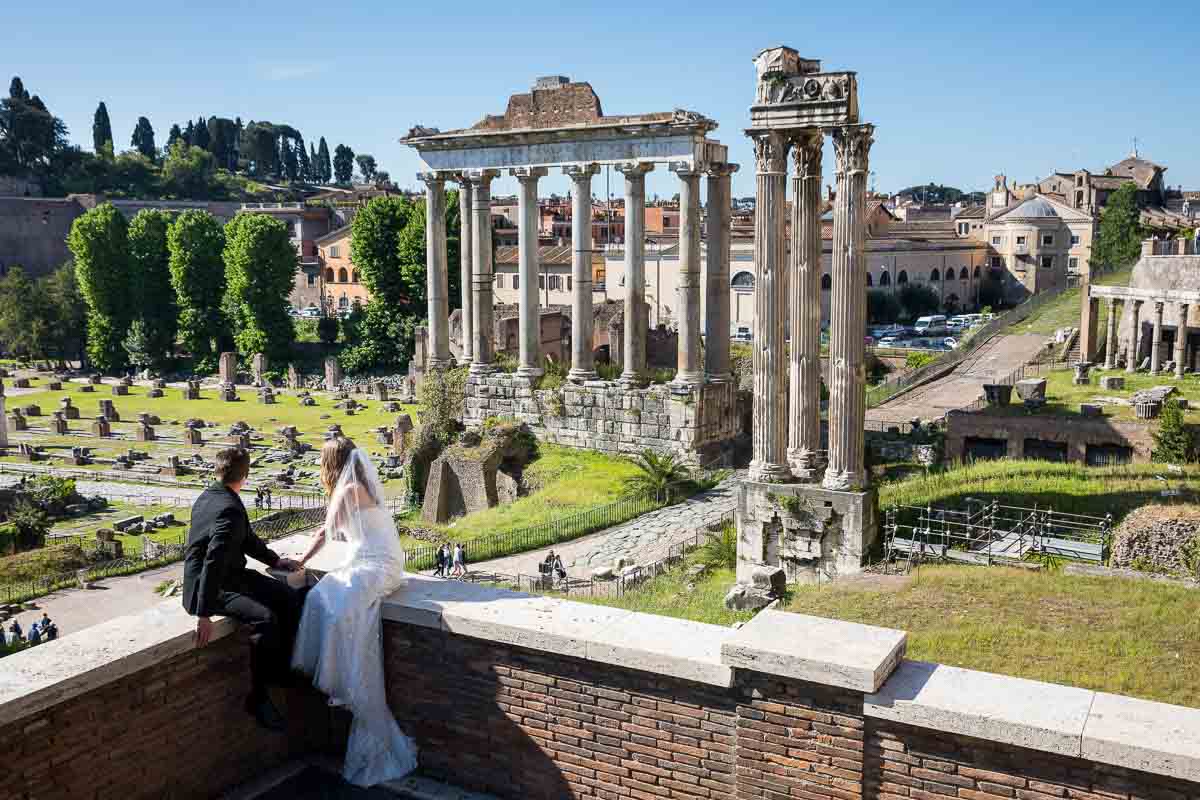 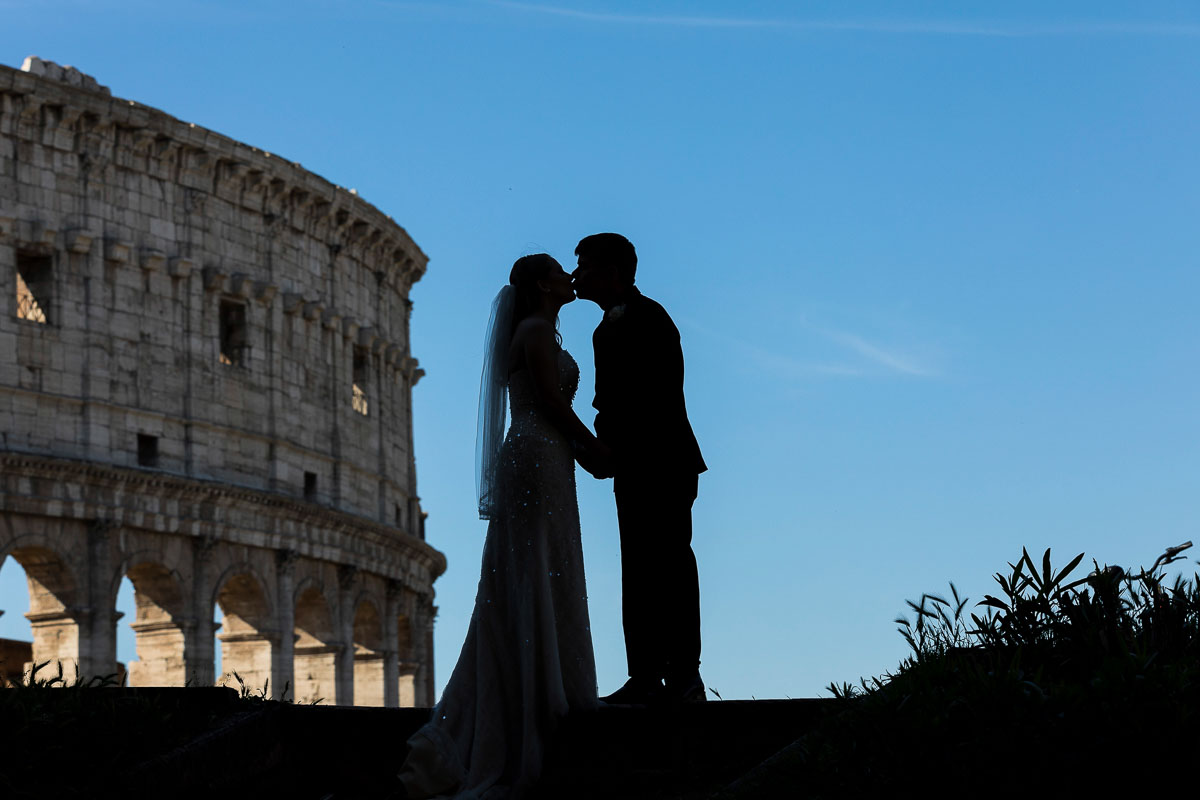 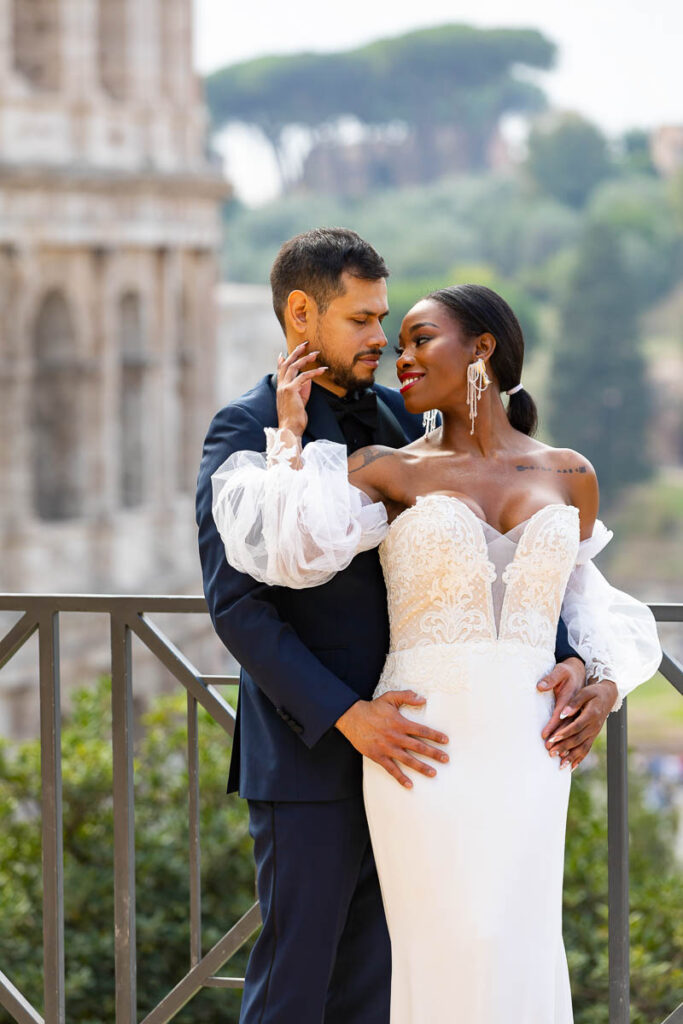 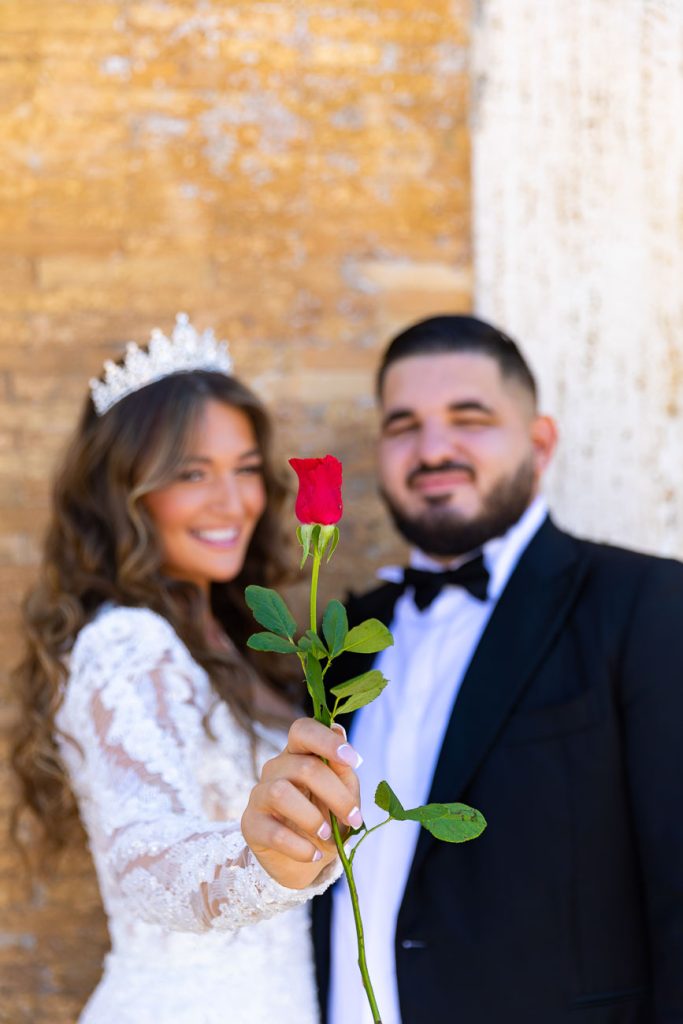 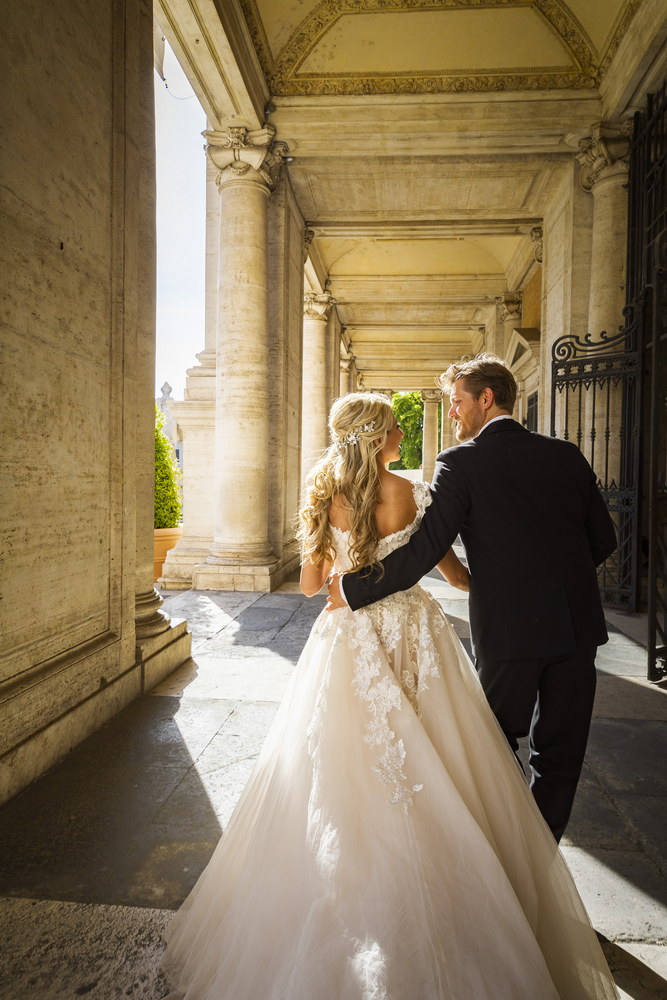