From the Trevi fountain to Piazza Navona

This was a beautiful engagement photoshoot in Rome starting in the early morning at Fontana di Trevi. Taking some initial nice couple portraits at the water fountain edge. Then moving up to a higher level to snap some more shots from a different angle. Then our walk began towards Piazza Montecitorio where we photographed underneath the scenic portico found alongside the square. With the columns and ceiling lining up to create a nice geometrical effect as background.

The Roman Pantheon was next which is just a short walk over. Where we invested a little more time to set up photos. Taking pictures in the square underneath the obelisk. As well as in front of the iconic Pantheon facade. Including some awesome shots underneath the oculus! 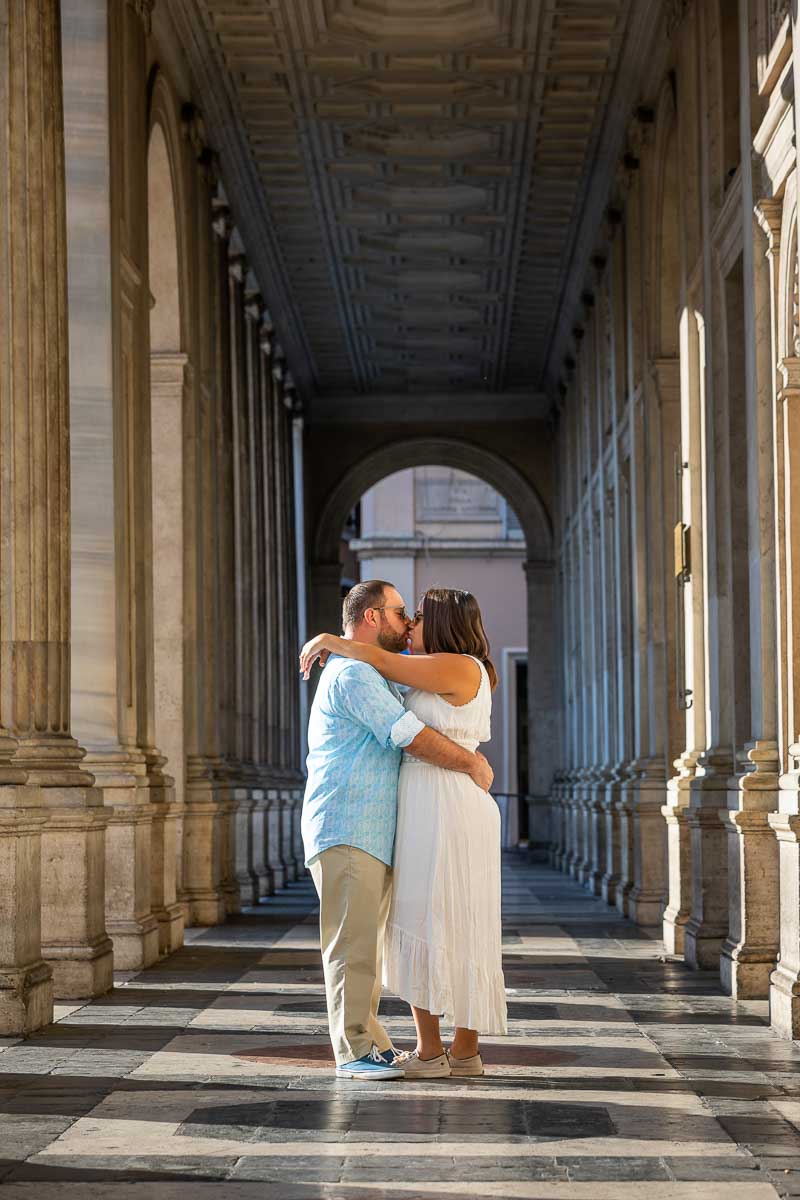 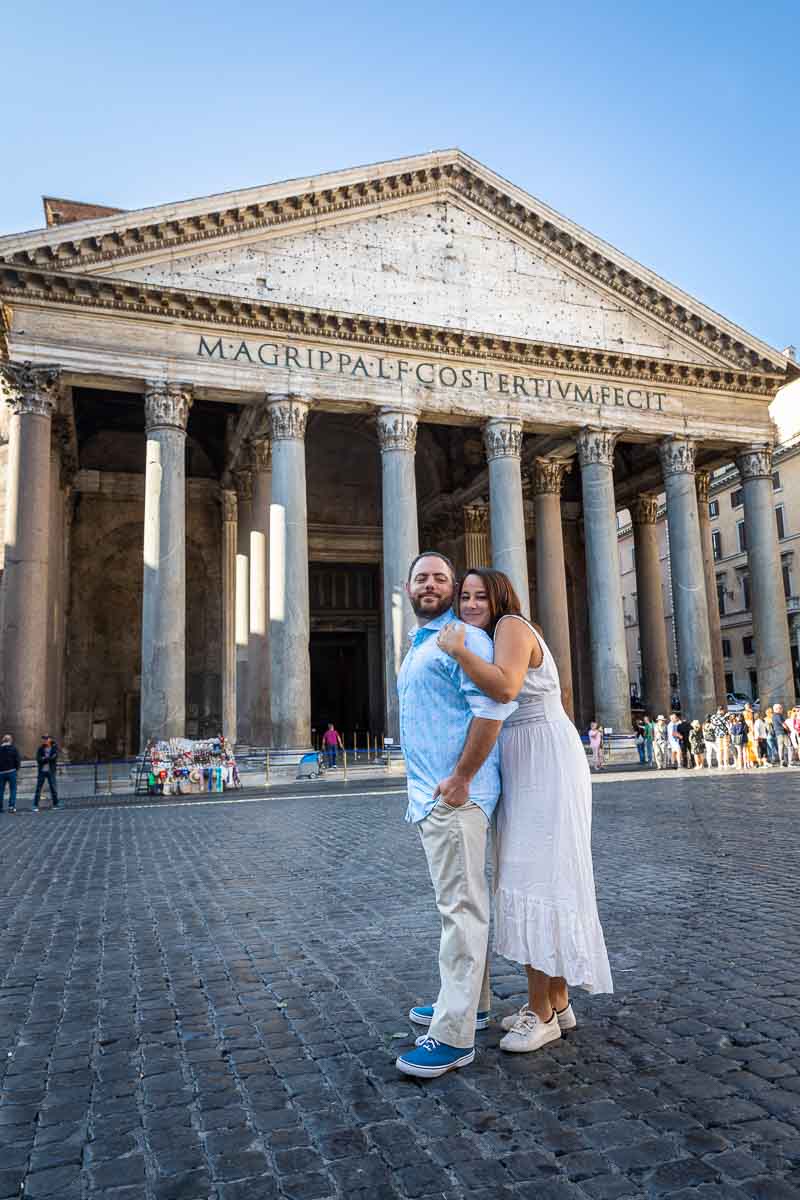 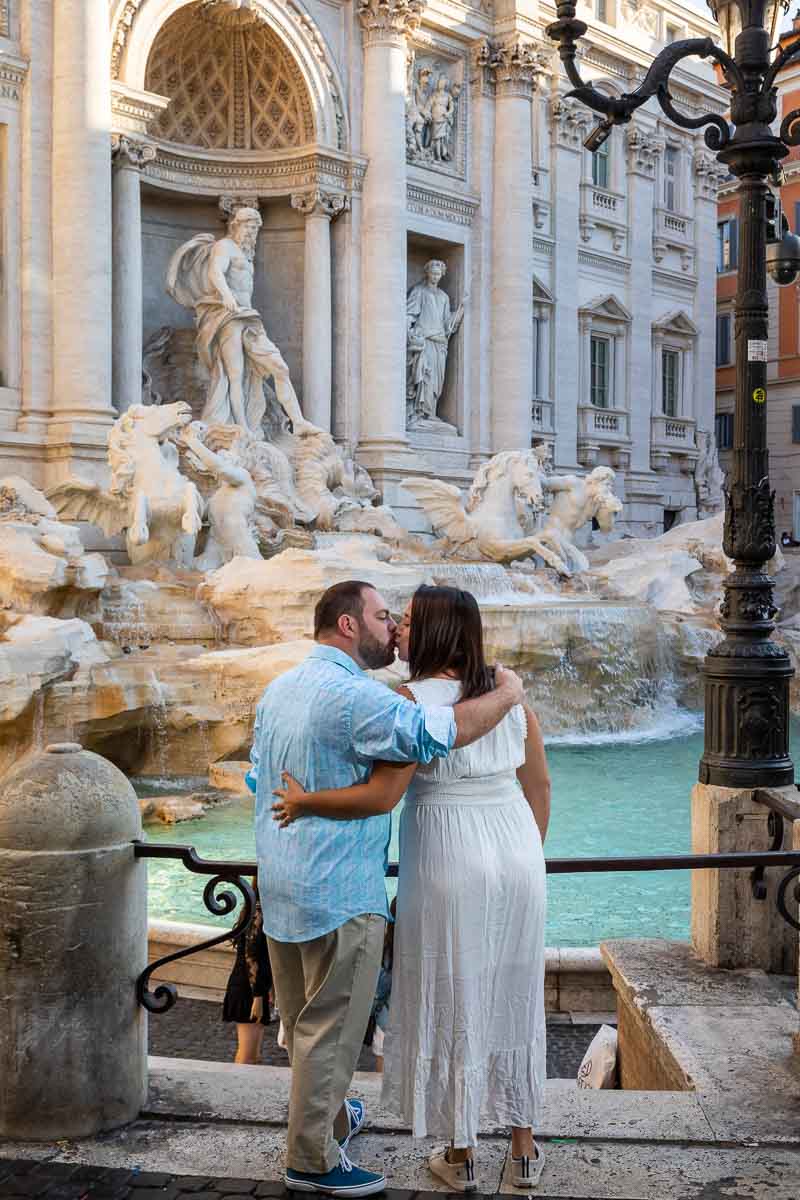 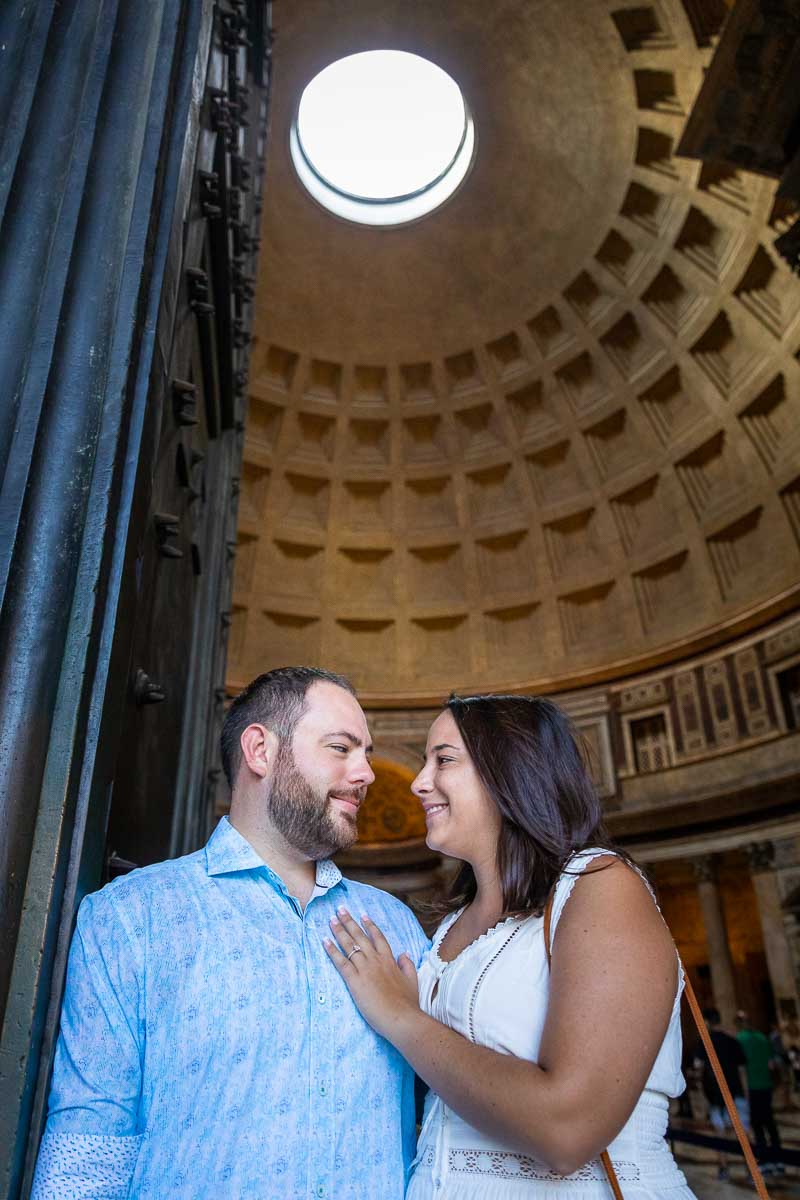 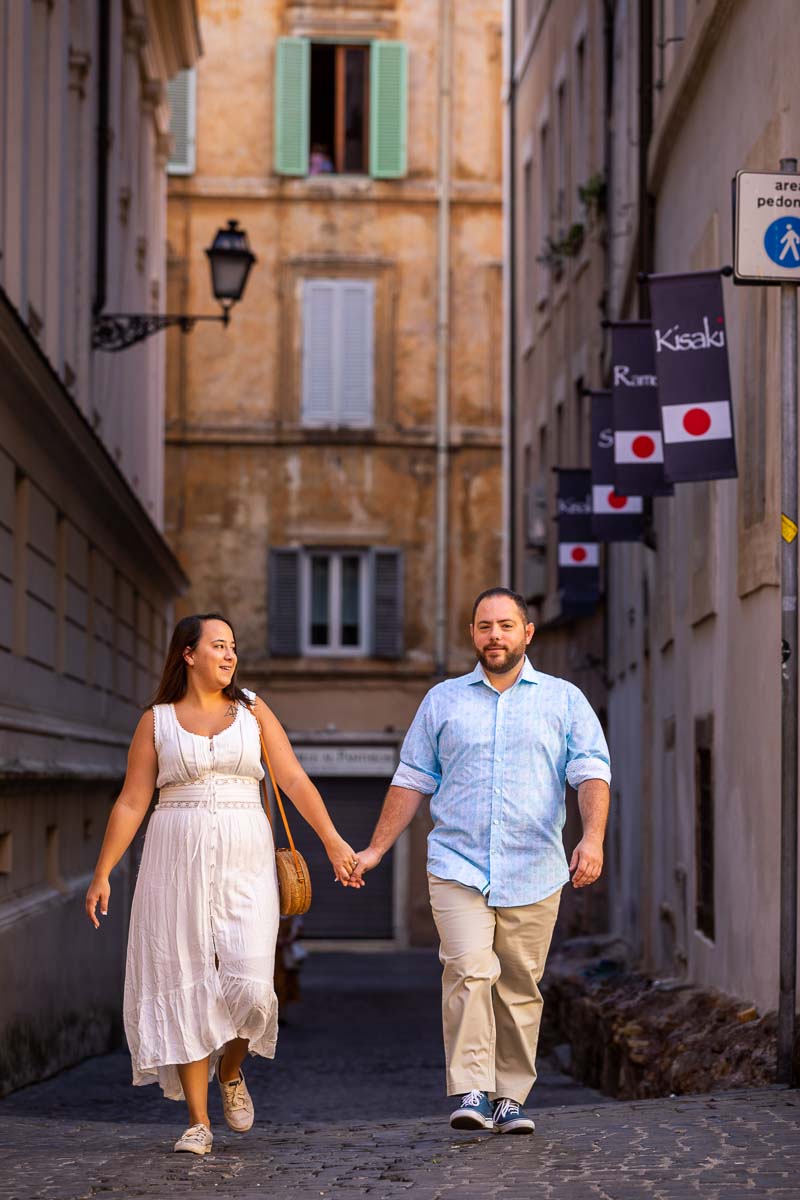 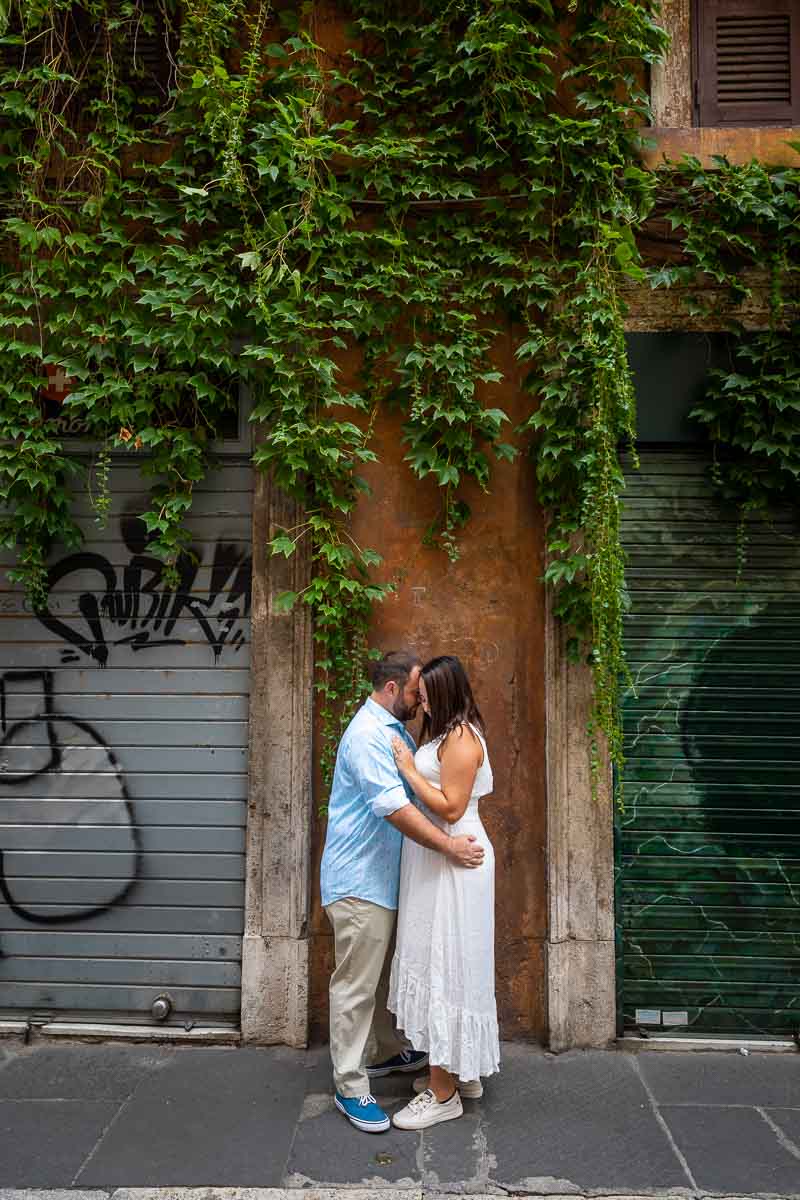 Our photo session continued towards Piazza Navona. Which provides many more great photo opportunities. With lots of different unique and wonderful backgrounds to use. But not before passing through the majestic courtyard of S. Ivo alla Sapienza. A really nice masterpiece of architecture. Finding just across the street on the other side, lots of water fountains to shoot by. With many different marble statues embellishments as well as one of a kind Egyptian obelisks in the center fountain of the four rivers. 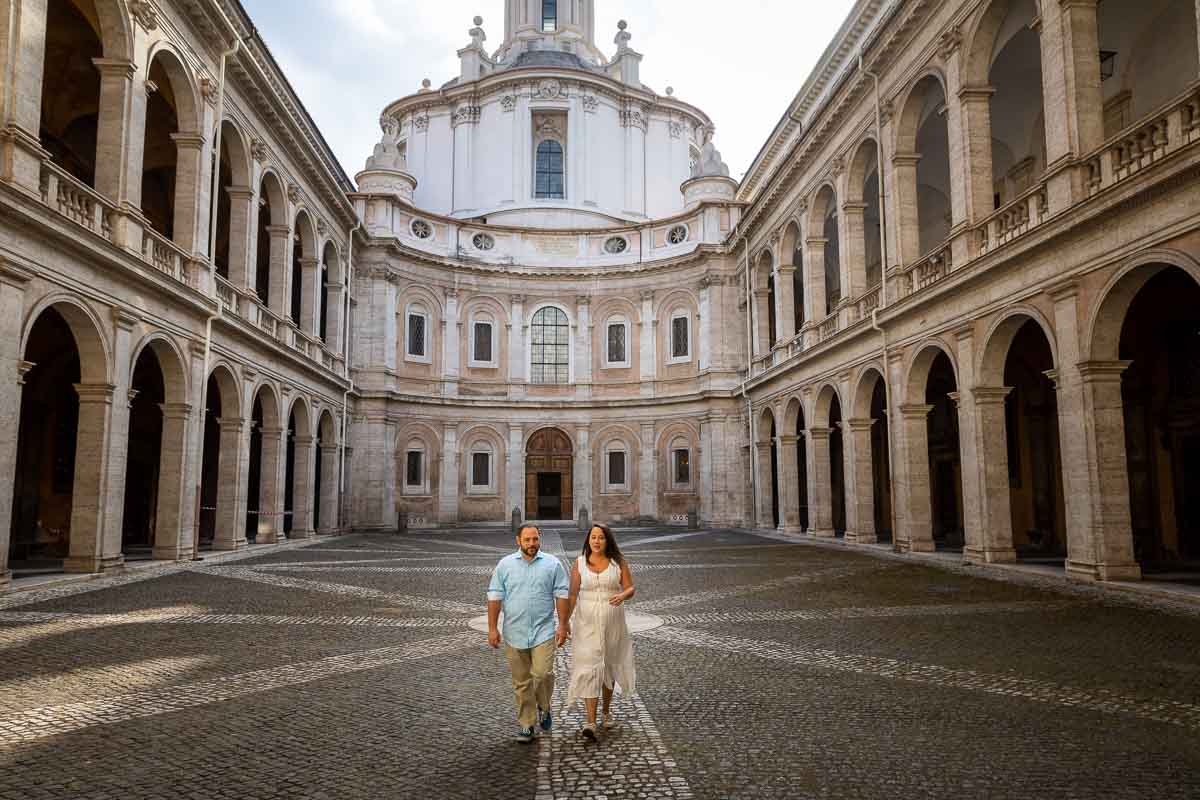 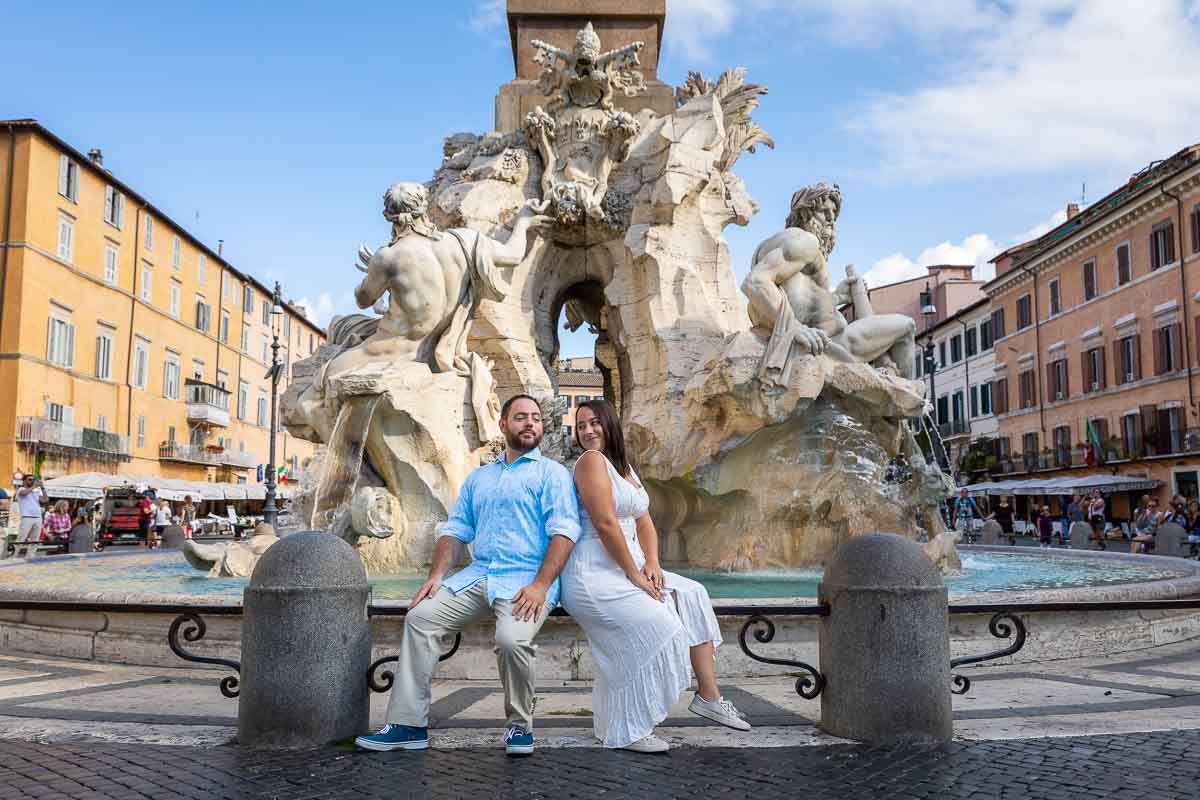 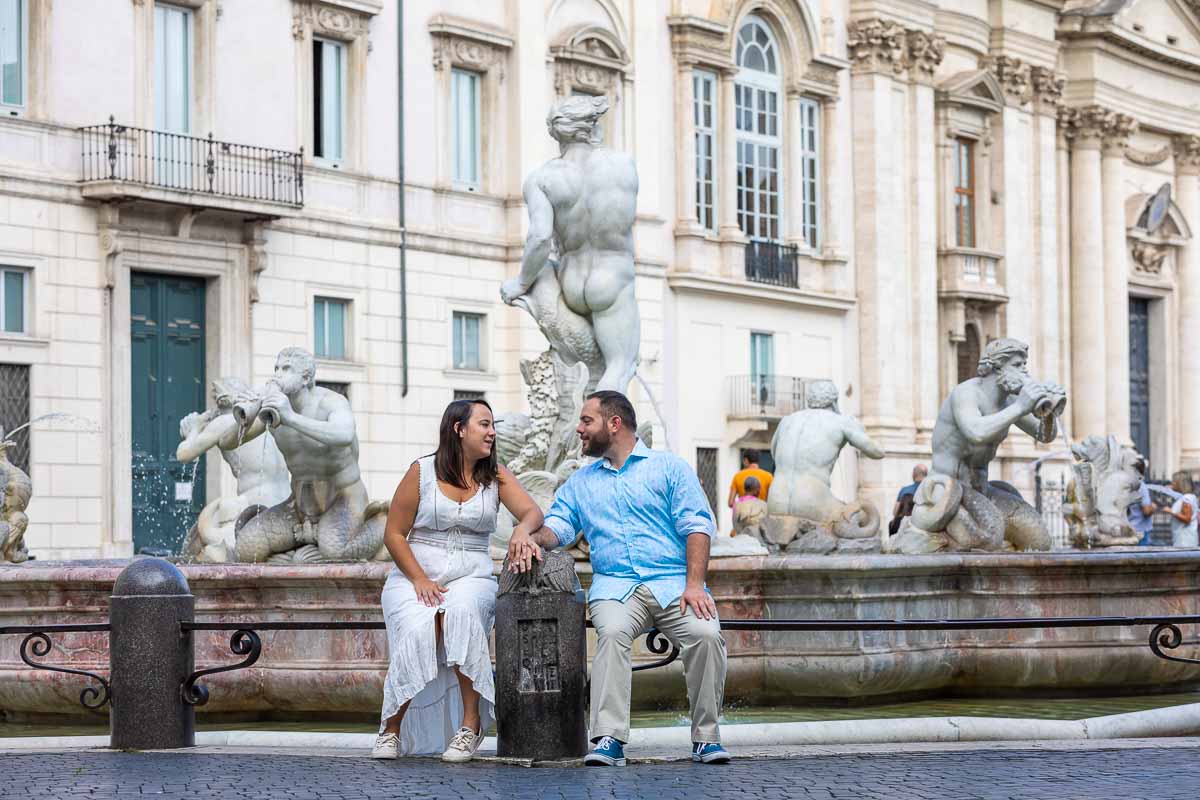 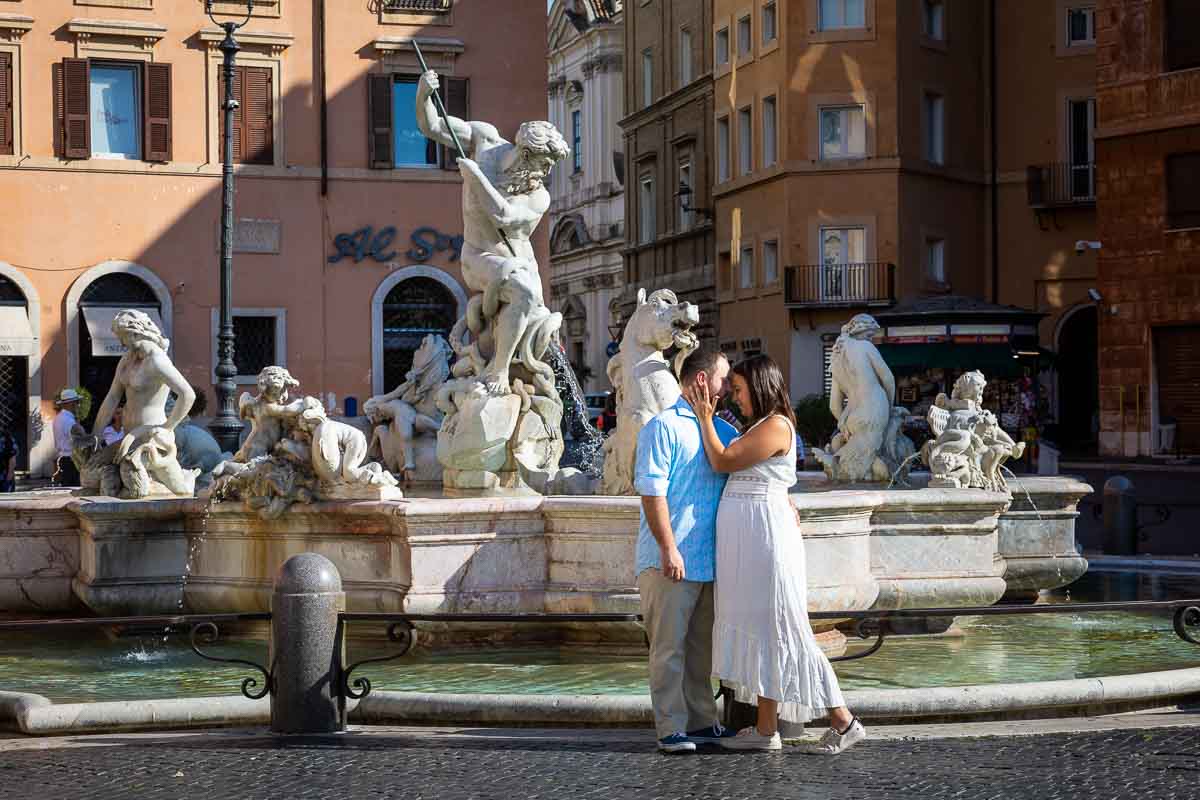 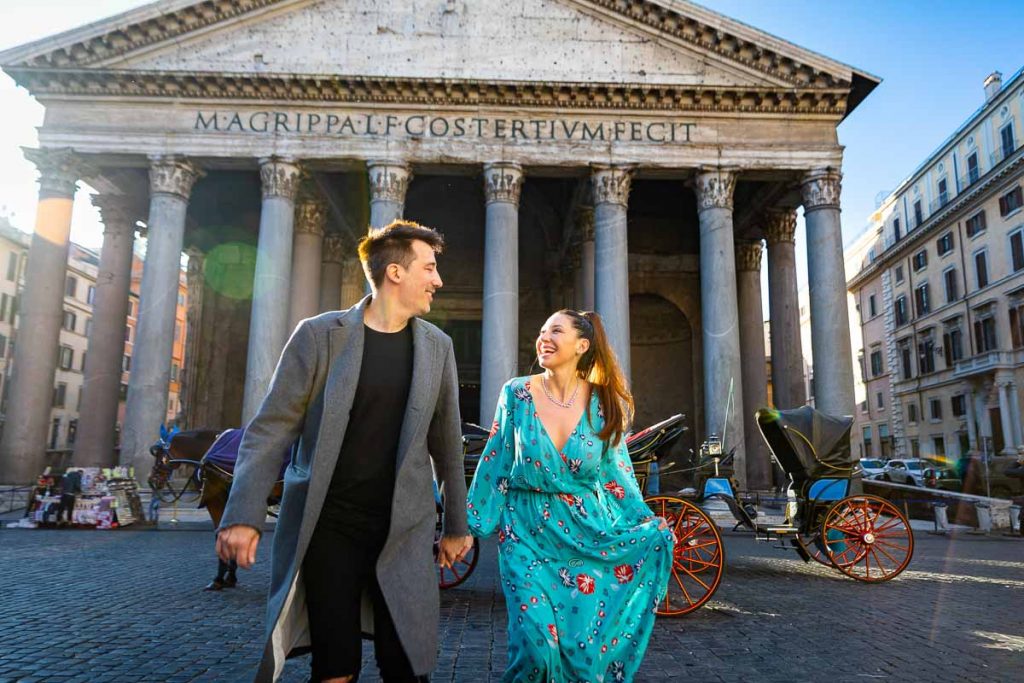 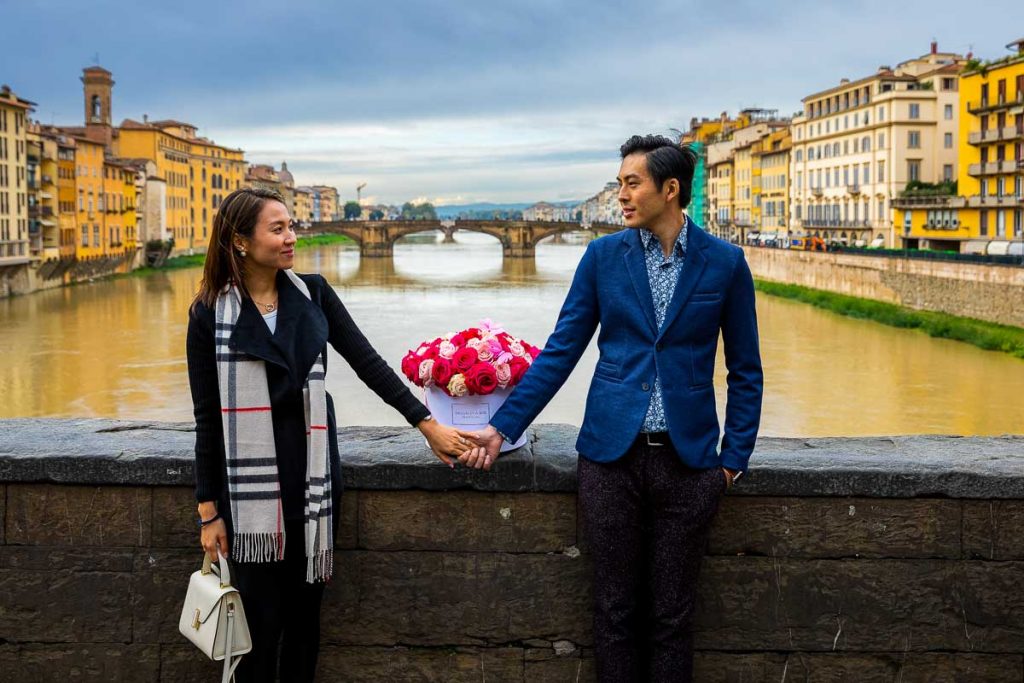 A Fun and Romantic photoshoot in Florence Italy. Unique and Creative Lifestyle Photography for the Travelling Couple