In the city of Rome

A wonderful unique wedding marriage proposal photographed outside the Roman Colosseum. From a hill top view with the ancient city down below. A wonderful moment captured in photographs followed by a happy and joyful yes! After making acquaintance we had a car waiting for us to take us on a fantastic ride through the city taking pictures in some of the best spots. Starting with the Castel Sant’Angelo bridge where we took some nice photos both on top and down below the bridge. Including some nice engagement ring photos. We continued the engagement photo session heading towards Saint Peter’s square in the Vatican stopping by to snap some quick shots by the water fountain, in front of the Basilica and in between the massive columns. Which they do line up into one if you stand on a precise spot in the square!
Our next stop was the Gianicolo water fountain with a stunning view over the city from above. The photo shoot ended in the roman alleyways of Trastevere among cobble stone streets and typical stairs and squares. 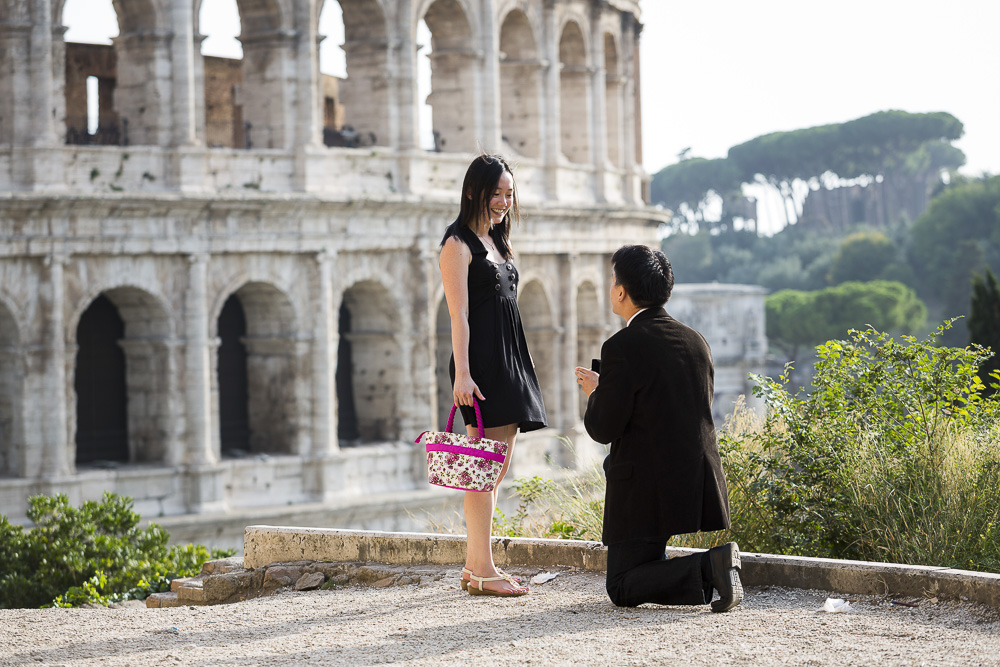 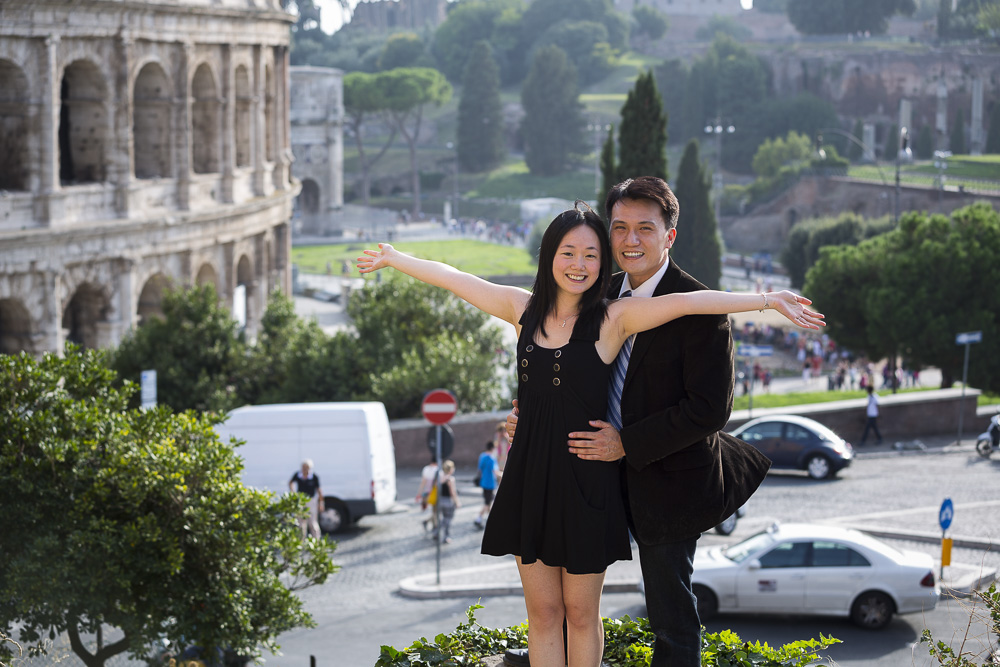 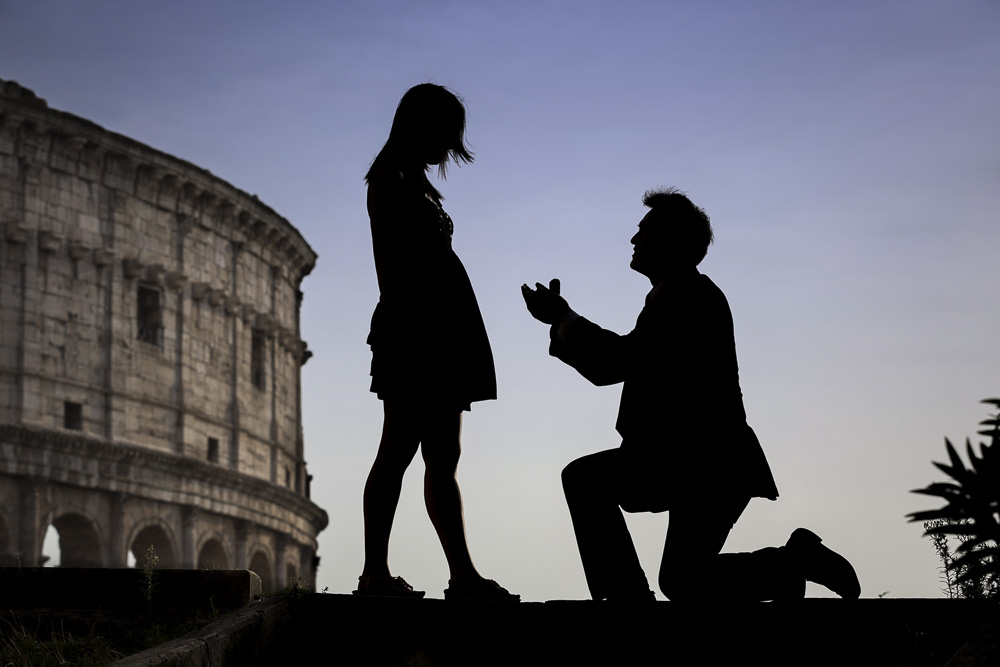 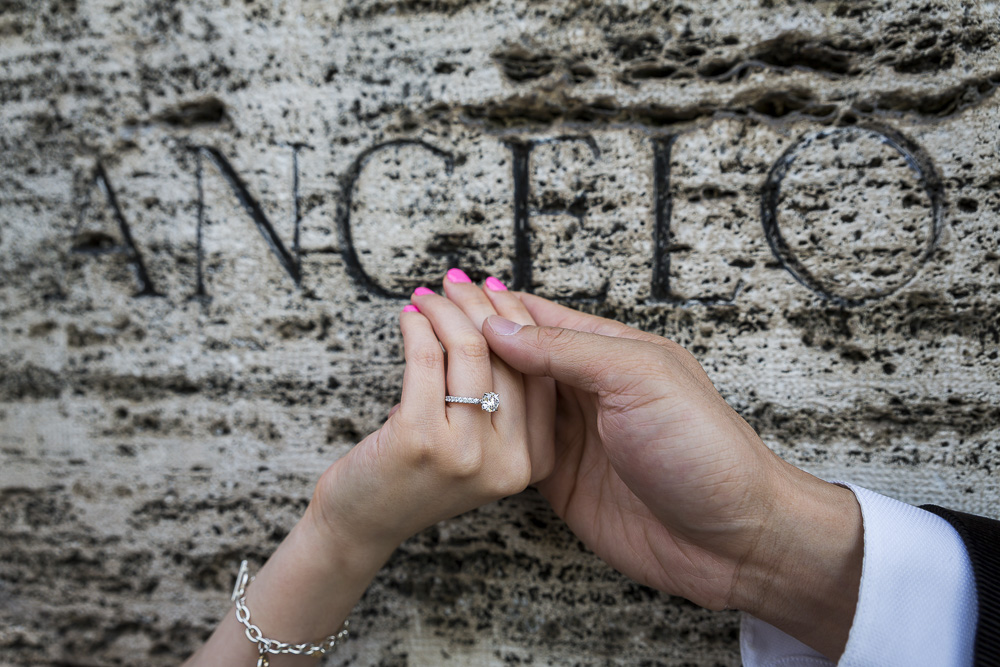 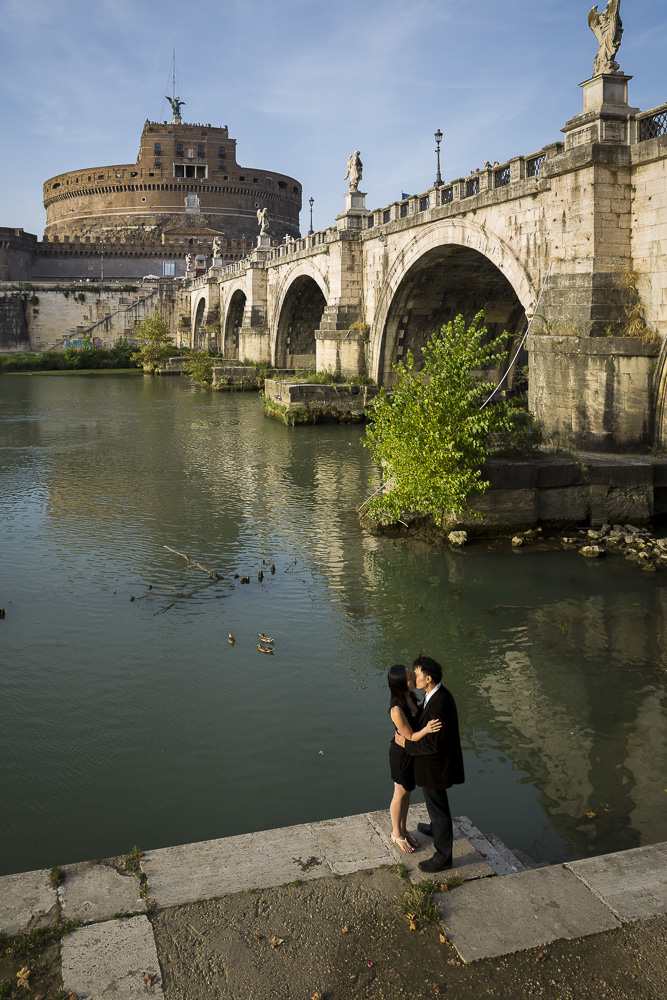 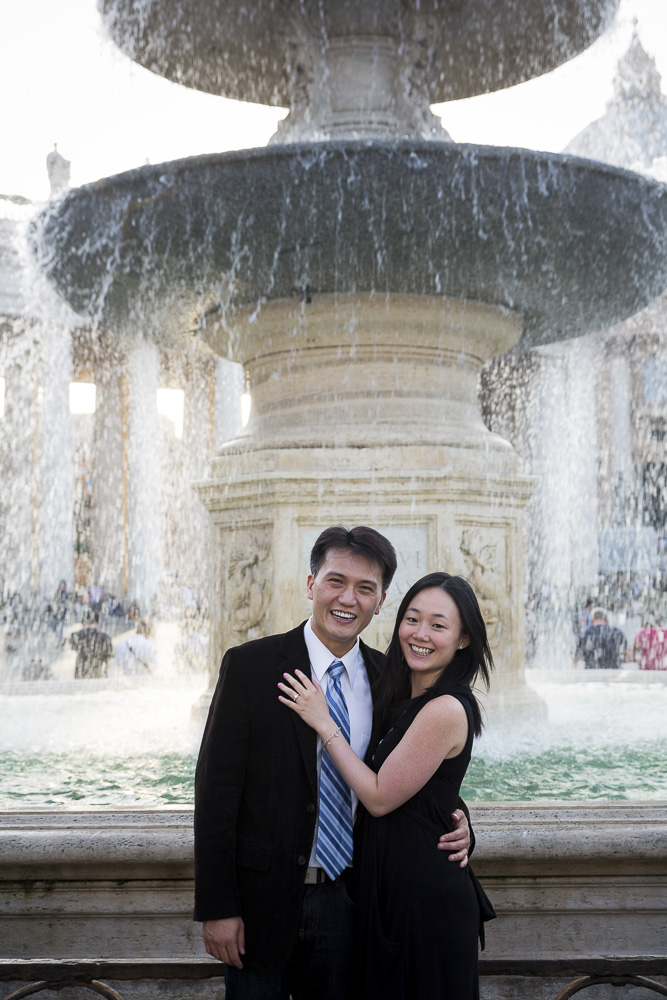 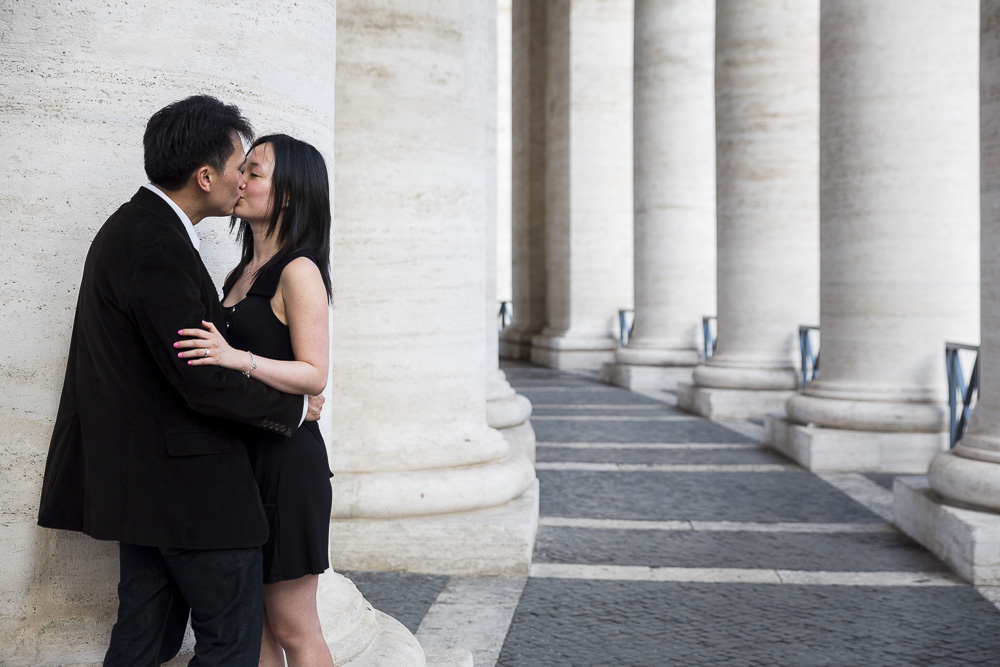 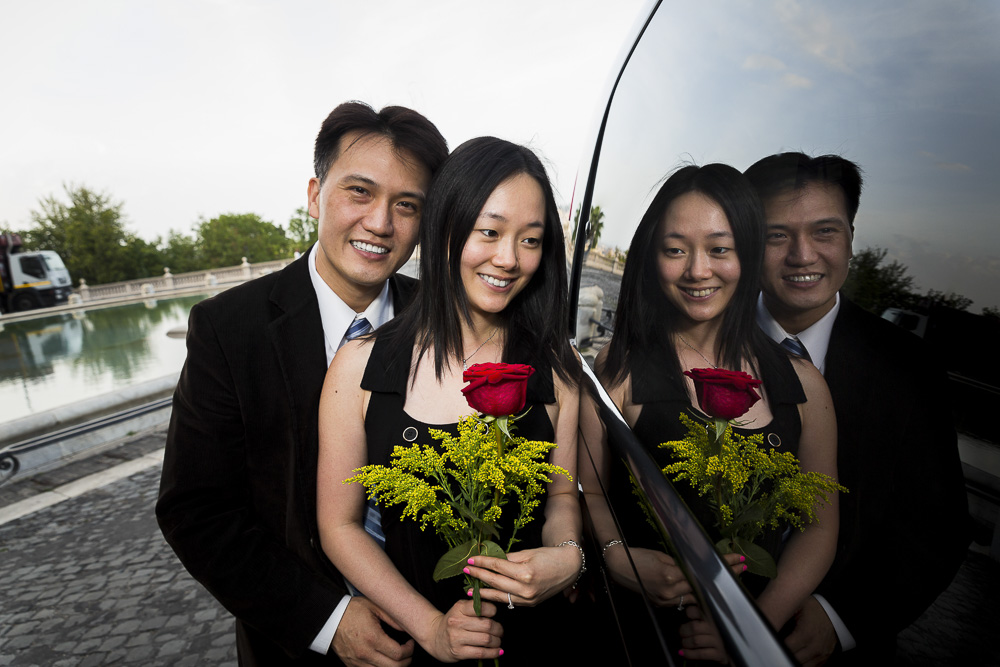 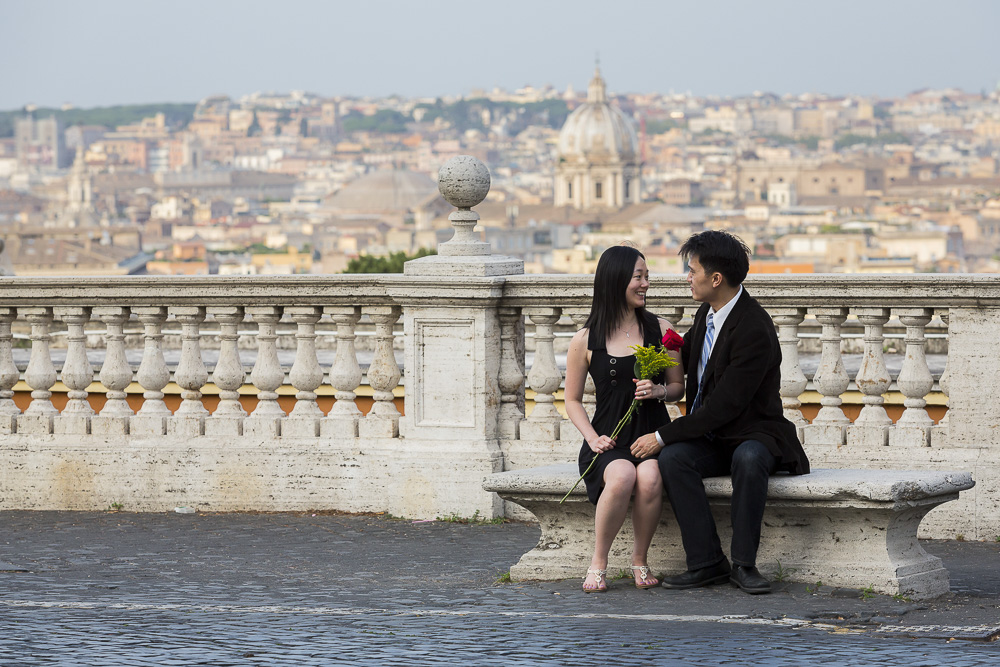 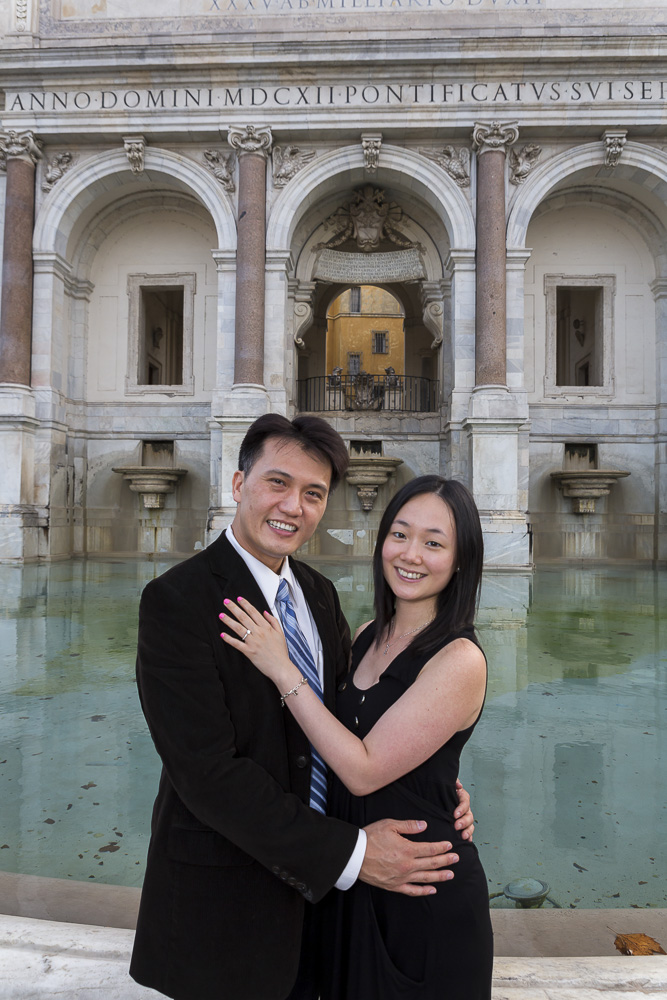 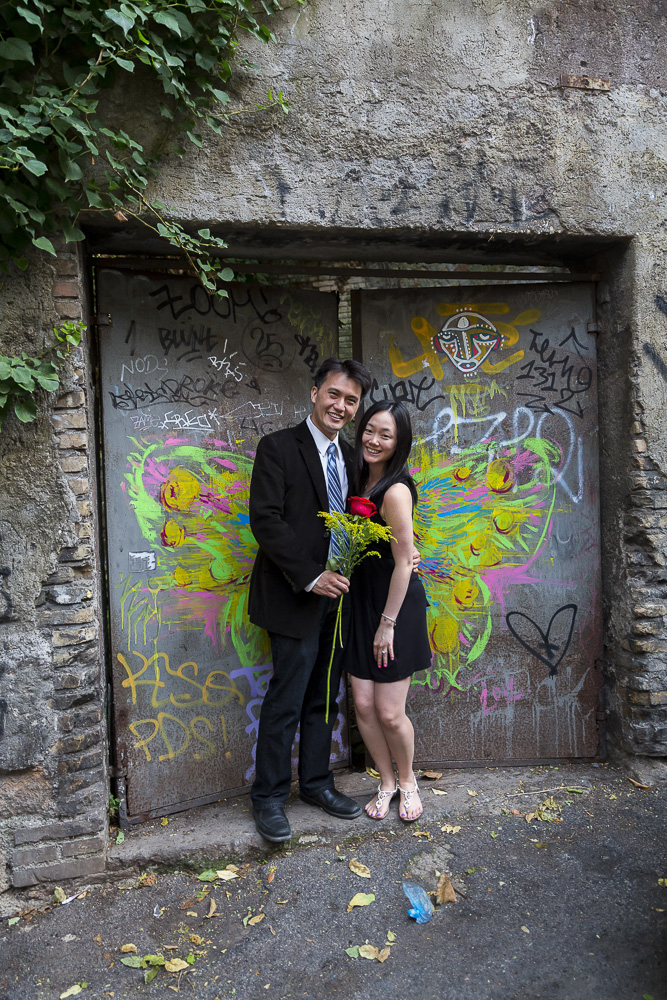 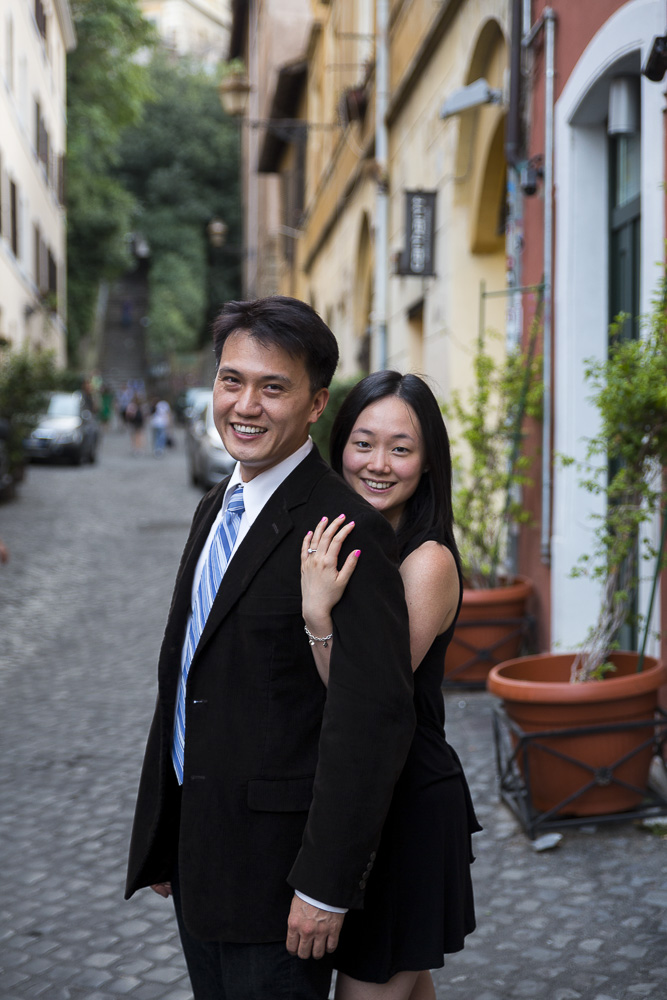 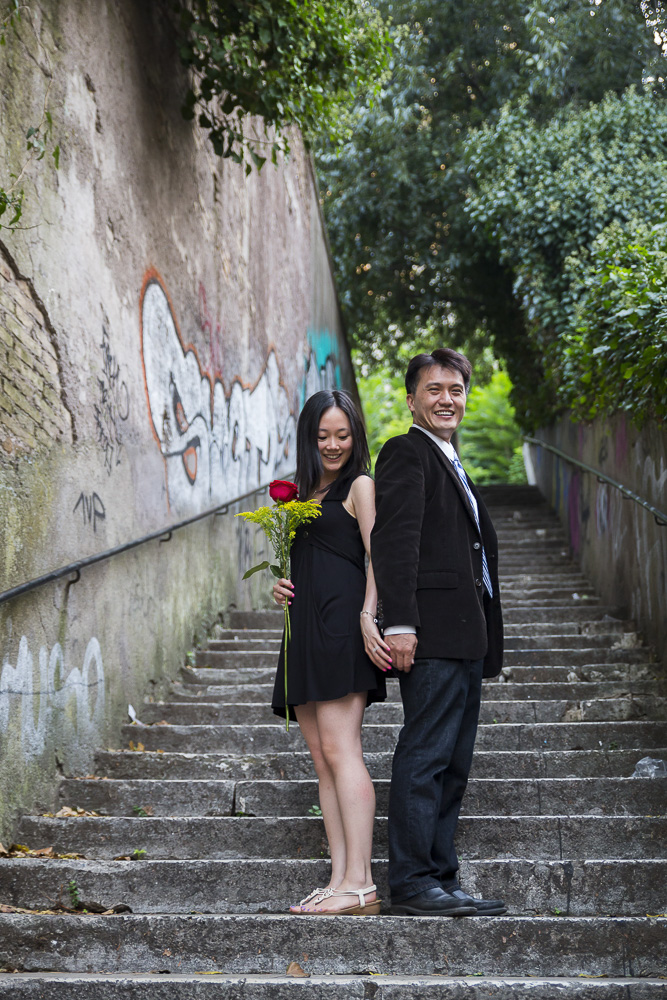 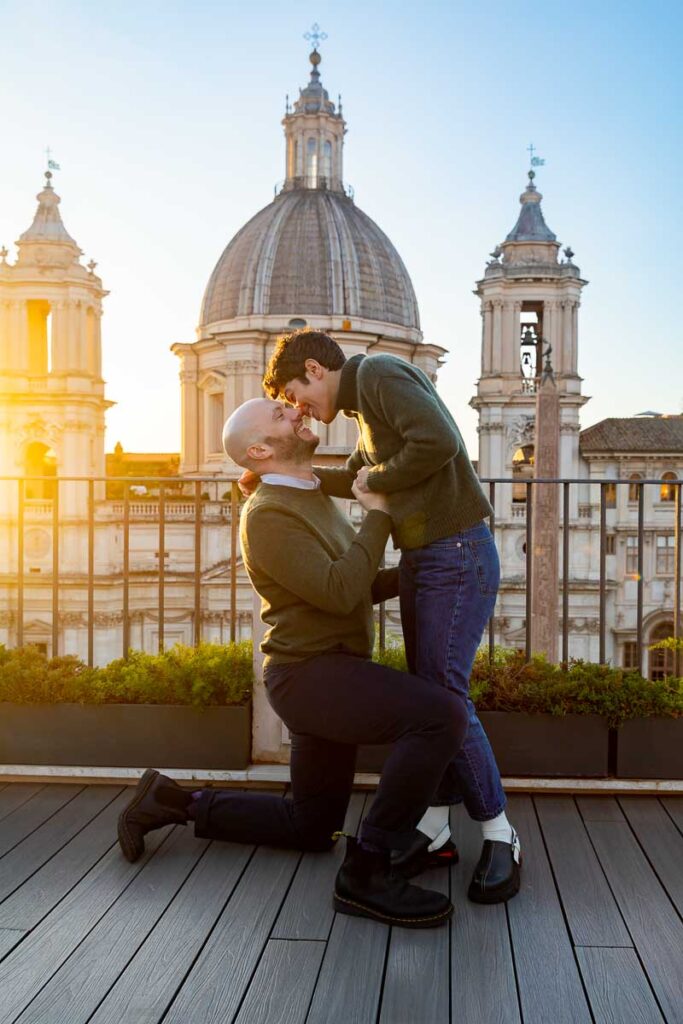 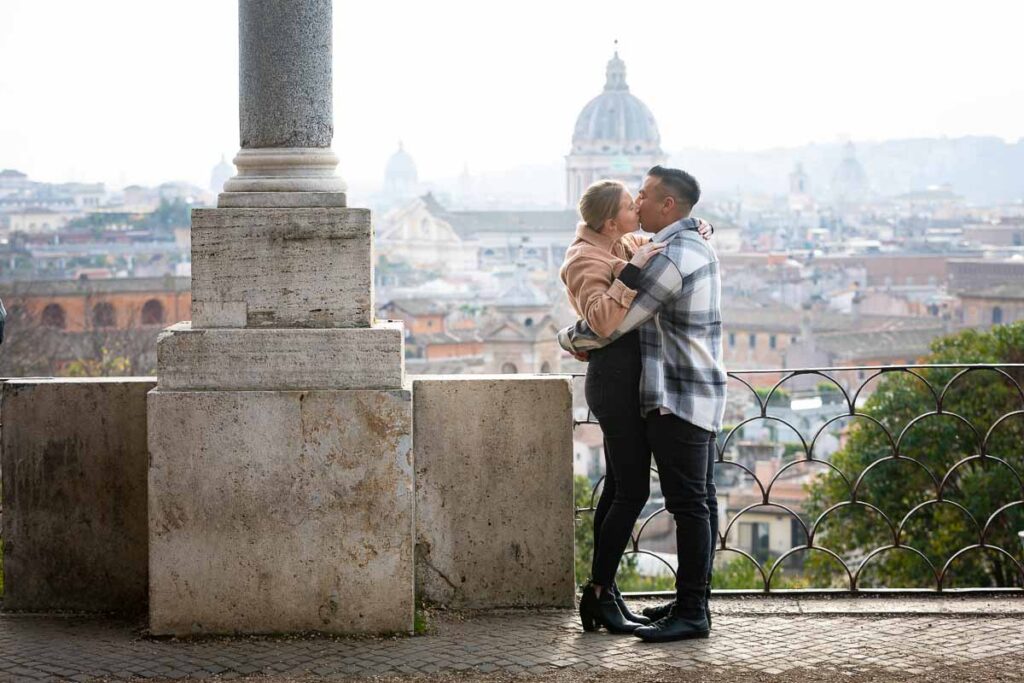