This beautiful engagement photo shoot in Rome started at the Roman Pantheon. Observing and admiring this true architectural wonder from different perspectives. Looking for the right angle to capture all of its massive beauty in romantic and engaging lifestyle photography. While having fun at the same time! So after trying out different angles poses. We headed out towards the Spanish steps. And ran into Sant’ivo alla Sapienza which turned out to be quite a nice shooting location. Taking pictures at the entrance posing underneath the arcade with the church facade in the background. Then moving on to take engagement pictures underneath the portico which leads to the other side of the courtyard. Including some really nice silhouette photos taken right at the entrance. Then the fencing off of all water fountains that day, had us divert our itinerary to the Spanish steps where we took some nice portrait pictures on the stairs and descending them. And some final snapshots with the amazing view of the roman skyline in the far distance! 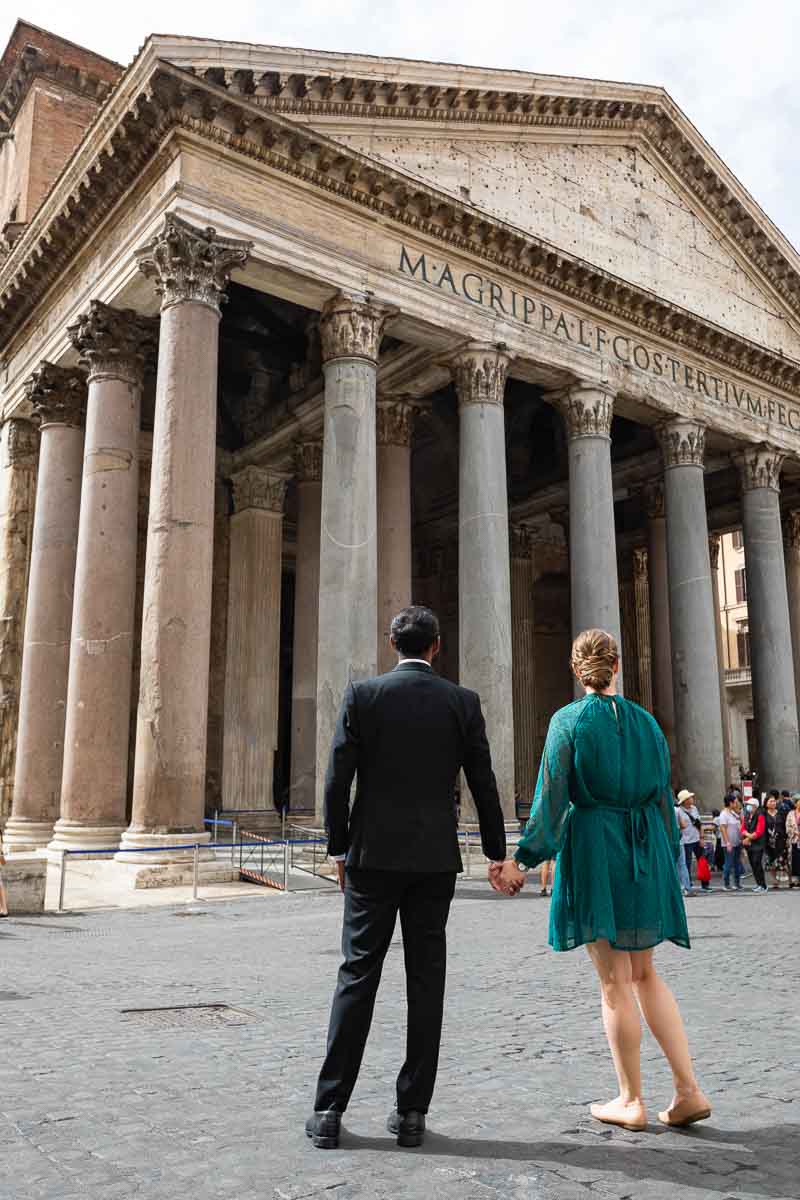 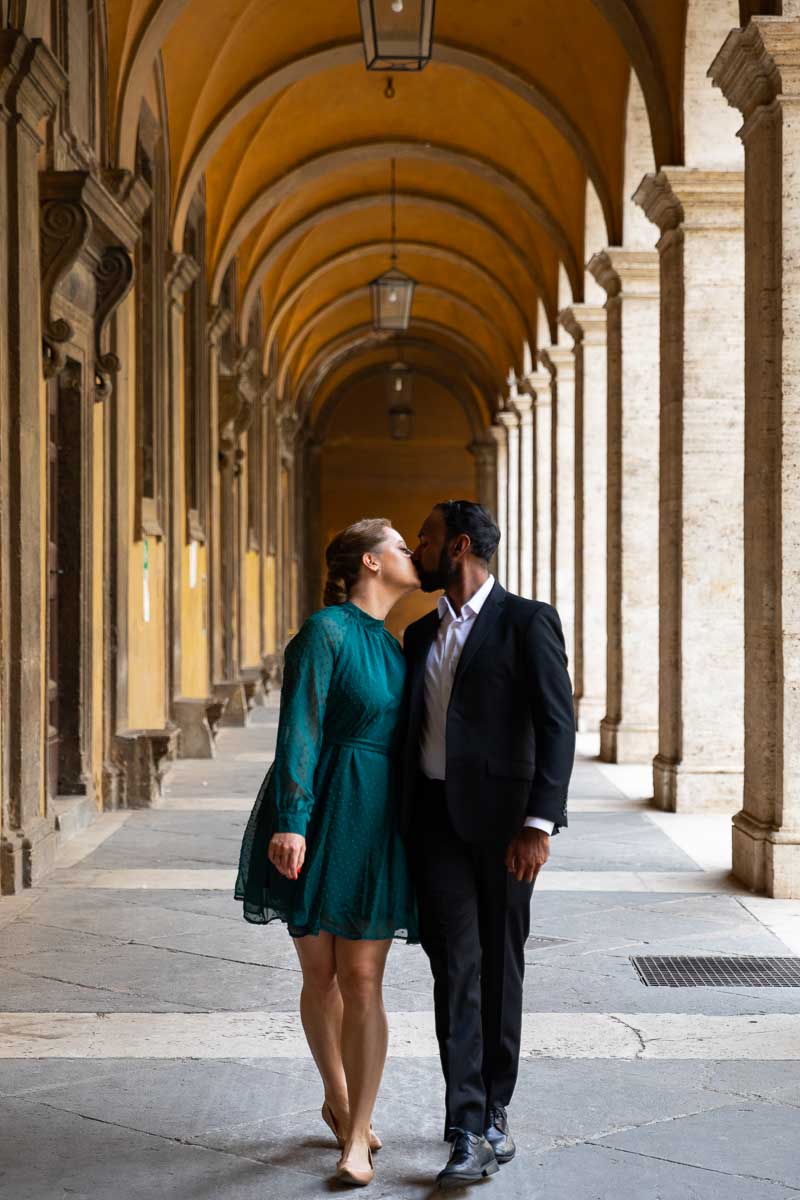 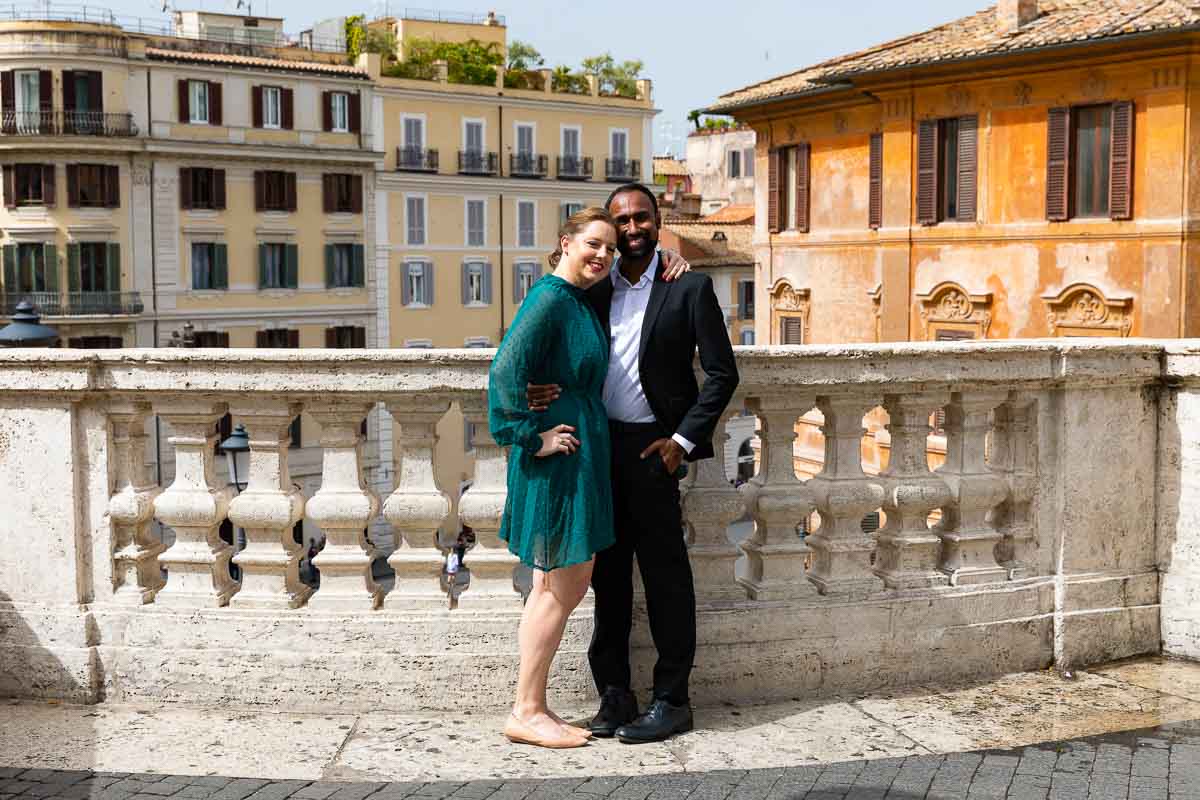 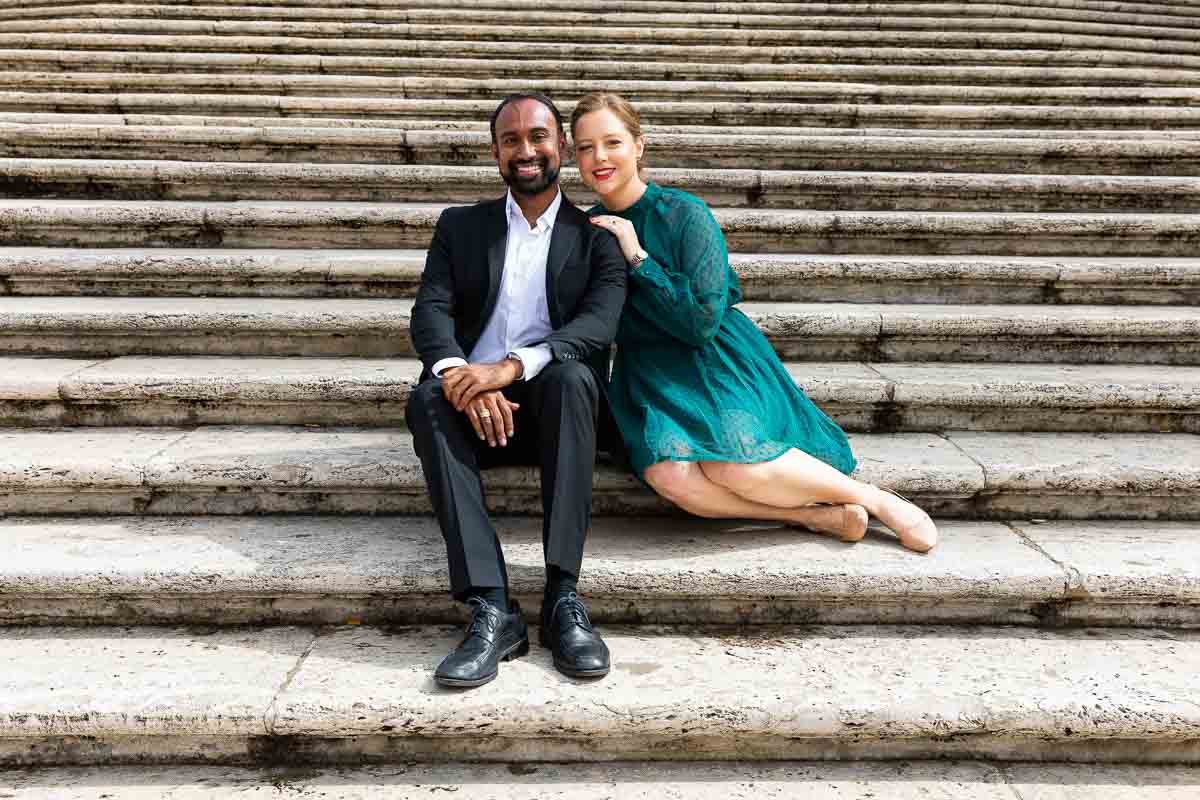 Time of the year: mid September
Time of day: morning 10:00 am
Services: 1 hr photography session
Location: Roman Pantheon, Sant’Ivo alla Sapienza and the Spanish steps
Curated imagery by the A. Matone photographer studio. Check out the Portfolio for more lifestyle photography. Start here to learn more about our proposal session in Amalfi, Venice or Tuscany. For prices and bookings please Click here. 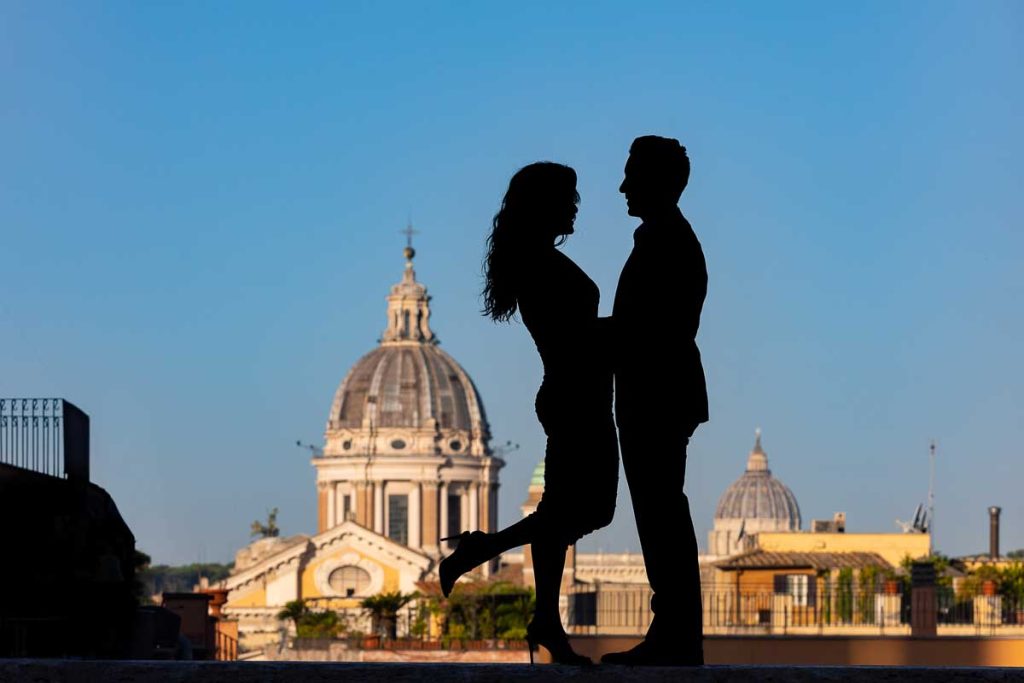 Meeting once again in Rome to shoot that one special picture! 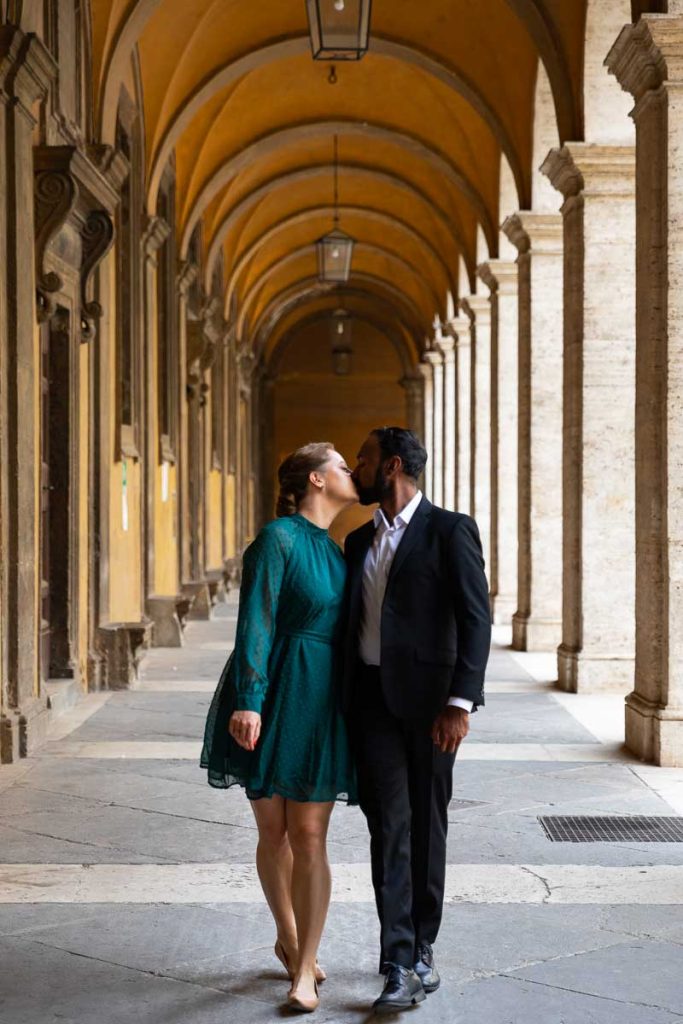 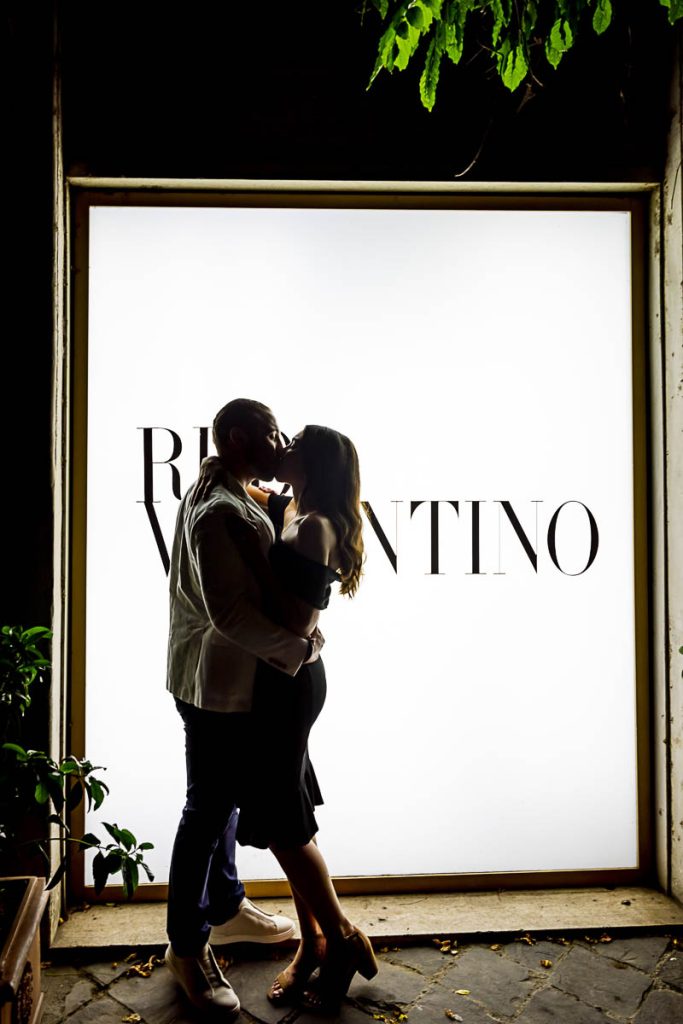 Pincio sunset proposal in Rome. Asking for her hand overlooking Rome from above

Article Name
Photo Engagement in Rome
Description
Engagement Photo Session in Rome Italy. Unique and Creative Couple photo shoot in around the streets of Rome. Starting off with the Pantheon and S.Ivo alla Sapienza. Ending the photoshoot at the Spanish steps
Author
AM photographers
Publisher
AM studio
Publisher Logo